EVERYTHING went according to Neil Lennon’s plan as Celtic eased into the second stage of the Champions League qualifiers with a thoroughly professional performance at Parkhead this evening.

There may have been a small hiccup when the Bosnian bruisers scored with their only shot on target, but there was a lot for the supporters to enthuse over with some slick and speedy play.

Ryan Christie and Callum McGregor thumped in two superb goals and the only mystery was there were no additions to the final scoreline.

There was also the bonus of Leigh Griffiths making an appearance late in the tie to work on his sharpness.

In the fourth minute, McGregor snapped onto a pass from James Forrest to fire in an 20-yard angled drive that zipped low past the sprawling keeper’s right-hand post.

The Hoops were in control with a lot of neat interchanging play and that was highlighted in the 14th minute when there was some fast-flowing intricate passing on the left that saw Christie cleverly back-heel the ball into the tracks of the rampaging and adventurous Boli Bolingoli.

The left-back stormed into the box and took aim, but his finishing effort was well held by the diving Vladan Kovacevic.

Lennon’s men were moving forward at will and the Bosnians responded with some cynical challenges to break up play. 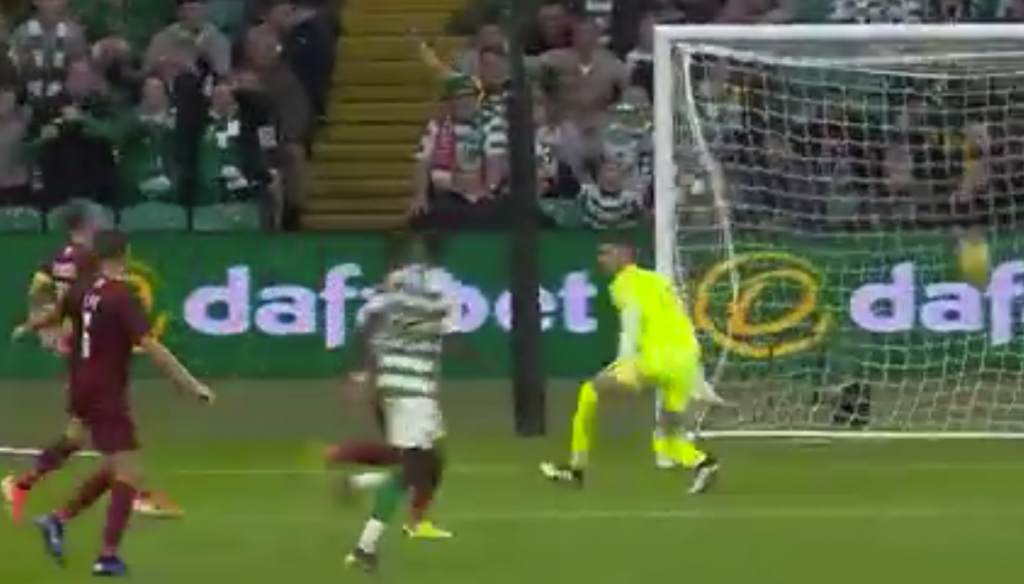 WHAM…keeper Vladan Kovacevic is helpless as he is beaten by the supreme shot from Ryan Christie (not in picture).

In the 26th minute, the tie was effectively over as a contest when Christie excellently combined quick thinking and finishing skill to break the Sarajevo barrier.

Odsonne Edouard, flitting around in his usual nonchalant style, eased away from a couple of challenges as he weaved his way into the box before the ball was deflected to the Scotland international playmaker.

Christie took a touch with his right before scooping the ball up with his left high beyond the stranded shotstopper.

Kovacevic was the busiest man on the pitch as he made solid saves from Forrest and Edouard while the champions dominated as they surged forward in relentless fashion.

Bolingoli looked at home on the left while Lewis Morgan continued the fine form he has displayed in the pre-season outings. He displayed his mesmerising footwork as he danced past two tackles coming from the right before squaring the ball to Scott Brown.

The skipper rolled the ball to the Belgian defender who first-timed a left-foot effort from 25 yards about a foot wide of the far post. 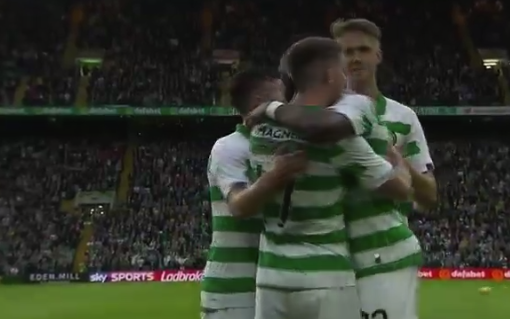 Disappointingly, there were a few rash challenges from the visitors that resulted in a couple of bookings from a lenient match official from Luxembourg. Kristoffer Ajer and McGregor were on the receiving end of some wayward tackles that on another day with another referee could have resulted in red. The yellow card count ended at five.

Rain peppered the players at the start of the second-half and Bolingoli earned a round of applause from appreciative fans as he stormed forward to win a corner-kick. The set-play was met by Jozo Simunovic, but his 12-yard header sailed into the gloves of Kovacevic.

The unlikely right-sided double-act of Ajer and Morgan were combining well in defence and attack with both demonstrating game intelligence as the minutes ticked away.

In the 62nd minute, Christie tried his luck with a low 30-yard free-kick, but the keeper did well to hold the ball as it skipped up off the wet surface.

Moments later, Parkhead was silenced when the Hoops central defence didn’t cope with a right-wing cross and the ball was knocked down to Benjamin Tatar who was unguarded as he gathered before rifling a drive low past Scott Bain from close range.

Celtic composed themselves swiftly and Kovacevic denied Forrest with yet another fine acrobatic save to his left.

And the young No.1 did even better when he pushed away a ferocious right-foot blast from Edouard  after some enterprising play on the edge of the penalty area. 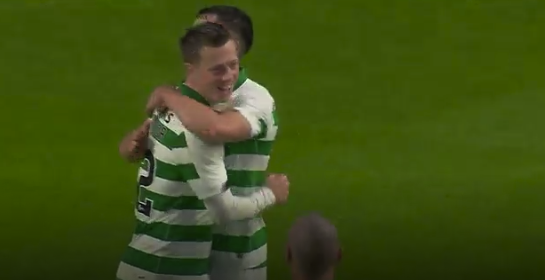 In the 75th minute, though, he had no answer to a whiplash left-foot effort from McGregor as the classy midfielder connected superbly 20 yards out and the ball zipped away from the Bosnian. It was no more than the Hoops deserved.

There was a special cheer 10 minutes from time when Griffiths came on for Edouard for his first competitive appearance in 2019.

Scott Sinclair joined the action shortly afterwards with Morgan being withdrawn and Man of the Match Christie came off near the end with Ewan Henderson entering the fray.

The European adventure continues at Parkhead a week tonight when the champions of Estonia visit to provide the second of four hurdles en route to the riches of the group stages.