CELTIC are back! The champions looked more like their old self as they overwhelmed Kilmarnock at Parkhead this afternoon – and now they can think about the delayed Scottish Cup Final against Hearts a week today.

Neil Lennon kept faith with Conor Hazard, David Turnbull and Ismaila Soro, who combined well in the Europa League win over Lille on Thursday, and he was repaid with excellent performances from the youngsters.

They will have most certainly played their way into the manager’s thoughts before the Hampden showpiece where the Hoops have the opportunity of winning their twelfth successive domestic honour to seal the phenomenal quadruple treble.

Killie keeper Danny Rogers denied Celtic as early as the ninth minute when he leapt high to push away a six-yard header from Christopher Jullien.

HEAD BHOY…Christopher Jullien flashes in a header as Killie keeper Danny Rogers prepares to take off. 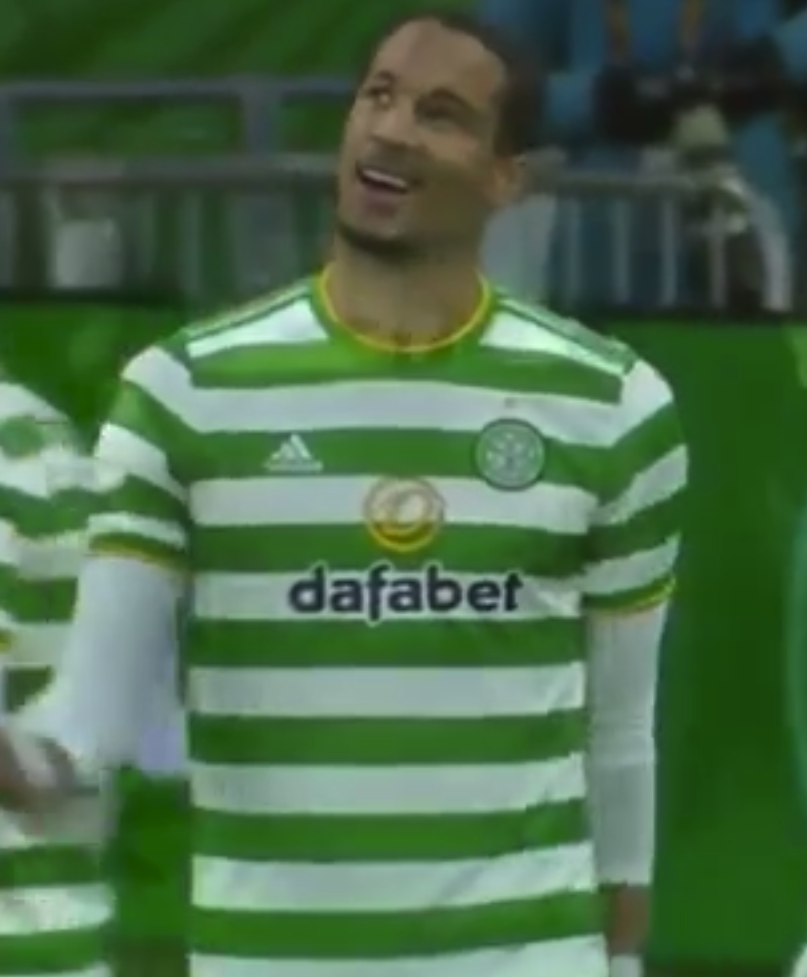 HEAVENS ABOVE…Christopher Jullien rues his luck after Rogers’ save.

The French central defender towered above friend and foe to get his head to a slick left-wing free-kick from David Turnbull and the ball was hurtling for the roof of the net until the Killie keeper acrobatically somersaulted across his line to touch the effort over the crossbar.

Four minutes later. Odsonne Edouard had the opportunity to run at the retreating rearguard, but the Frenchman took too many touches and frustratingly lost control.

In the 20th minute, Turnbull worked a neat one-two with Edouard on the edge of the box, but his left-foot drive was off target. Still, the idea was there as the Hoops probed for an opening.

Greg Taylor went down under a challenge from Rogers after some marvellous build-up play with Edouard and Turnbull involved and there was a half-hearted shout for a penalty-kick. Referee Don Robertson wasn’t interested. 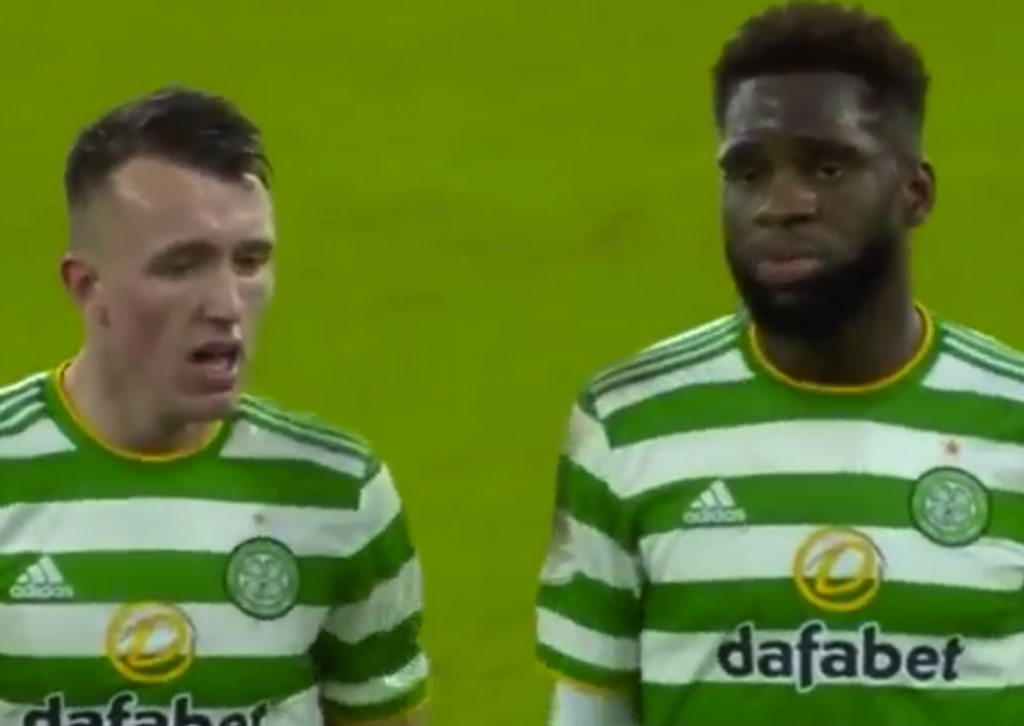 THE LOOK OF CONCERN…David Turnbull and Odsonne Edouard come off after a goalless first-half.

It was all one-way traffic as the champions sought the breakthrough goal and Turnbull set up Edouard just inside the box, but the striker flashed the ball wide of the target.

Alan Power, who was later booked for a foul on Ivorian anchorman Soro, hauled down Edouard for a free-kick 25 yards out. The frontman took the award and his shot was cleared by the Killie defensive wall.

Bustling striker Nicke Kabamba was also yellow-carded for a nasty challenge on Jeremie Frimpong as the visitors tried to turn the contest into a physical battle.

There was a lot of positivity from the Hoops and once again they fashioned an opening for Turnbull, but his rasping drive was too straight and was fisted away by the keeper.

The Hoops started on the front foot immediately after the turnaround and Frimpong thrust forward before knocking the ball inside to Elyounoussi, but the Norwegian international’s 20-yard drive was comfortable for Rogers.

Moments later, the keeper managed to scramble a header from Edouard clear after a deep left-wing cross from Taylor.

In the 50th minute, Duffy had a great chance to open the scoring when he got on the end of an inviting Turnbull free-kick, but his 10-yard header went straight into the gloves of the grateful Rogers. Either side of the netminder and it would almost certainly have been a goal.

The procession continued and Callum McGregor whipped in a dangerous cross from the left, but Edouard looked slow to react and Power managed to bundle the ball clear smack in front of goal.

In the 57th minute, the champions at last broke the stubborn Killie barrier and on this occasion they got the break of the ball.

Taylor fed the ball to Elyounoussi who turned inside from the left. With the Killie defence retreating, the forward decided to try his luck from outside the box. His low right-foot shot zoomed on target and Duffy looked to step over the ball as it took a nudge off defender Aaron McGowan before it nestled in the back of the net. The strike definitely belonged to Elyounoussi.

It was not a classic goal, but it was well-deserved as Celtic controlled the game against opponents who were not slow to let them know they were in a robust contest.

Ten minutes later, Turnbull, busy and eager in the middle of the pitch, flashed in a 25-yard drive that was deflected wide for a fruitless corner-kick.

Edouard and Frimpong were withdrawn in the 69th minute with Ryan Christie and Patryk Klimala coming on with boss Lennon was determined to keep the pressure on Killie.

And a minute later, it paid off with the second goal. Turnbull, quickly becoming the team’s architect-in-chief, swung in a wonderful right-wing corner-kick and Duffy climbed highest to get his head to the swirling cross to blitz an unstoppable 12-yard header beyond the diving Rogers at his right-hand post. 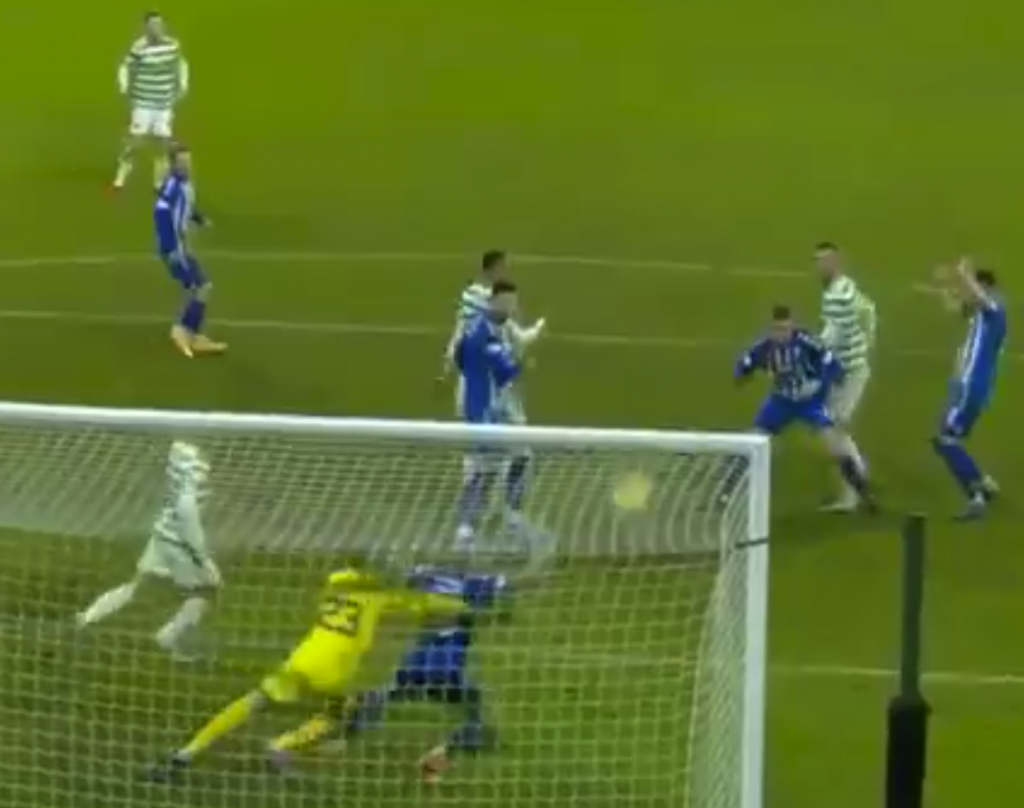 Moments later, Conor Hazard, making only his second first-team appearance, looked alert to save a close-range effort from Kabamba as the Hoops defence switched off at a left-wing corner-kick.

However, normal service was resumed as Turnbull set up Christie on the edge of the box, but the playmaker’s first-time drive was wide of the target.

In the 81st minute, Turnbull and Taylor came off to be replaced by Tom Rogic and Diego Laxalt as Lennon kept things fresh.

Two minutes later, Kristoffer Ajer, who had been a stand-out on the right-hand side, galloped forward to thump over a cross, but Rogers reacted well to intercept the cross.

Mikey Johnston made his first appearance of the seaso as he came on for a cameo role in place of the hard-working Elyounoussi in the 85th minute.

It was a day when the Celtic jigsaw came together.

Bring on Hearts at Hampden and another shot at history.