CELTIC came out all guns blazing, but the contest fizzled out with the champions accepting a narrow win over Motherwell at Parkhead this afternoon.

It was a bizarre transformation for the Hoops who dominated proceedings, but could not convert their superiority into goals.

The contest came to a halt with substitute Diego Laxalt desperately clearing off the line with Scott Bain beaten in the fading moments.

It would have been Celtic’s fault if they had shed two points after leading with goals from Stephen Welsh and Odsonne Edouard. Somehow, they allowed Well back into the game and almost paid a heavy price.

Basically, that’s been the story of Celtic’s season in this error-strewn campaign.

The Hoops were a goal ahead inside two minutes and could  have been THREE in front by the sixth minute following a remarkable whirlwind start.

A cross from on-loan Jonjoe Kenny was diverted for a right-wing corner-kick in the team’s first flurry forward. David Turnbull whipped over an inviting cross and centre-back Welsh’s timing was immaculate as he arrived bang on time to get his head to the ball.

Well keeper Liam Kelly didn’t move a muscle as the ball raged past him over his left shoulder high into the net. 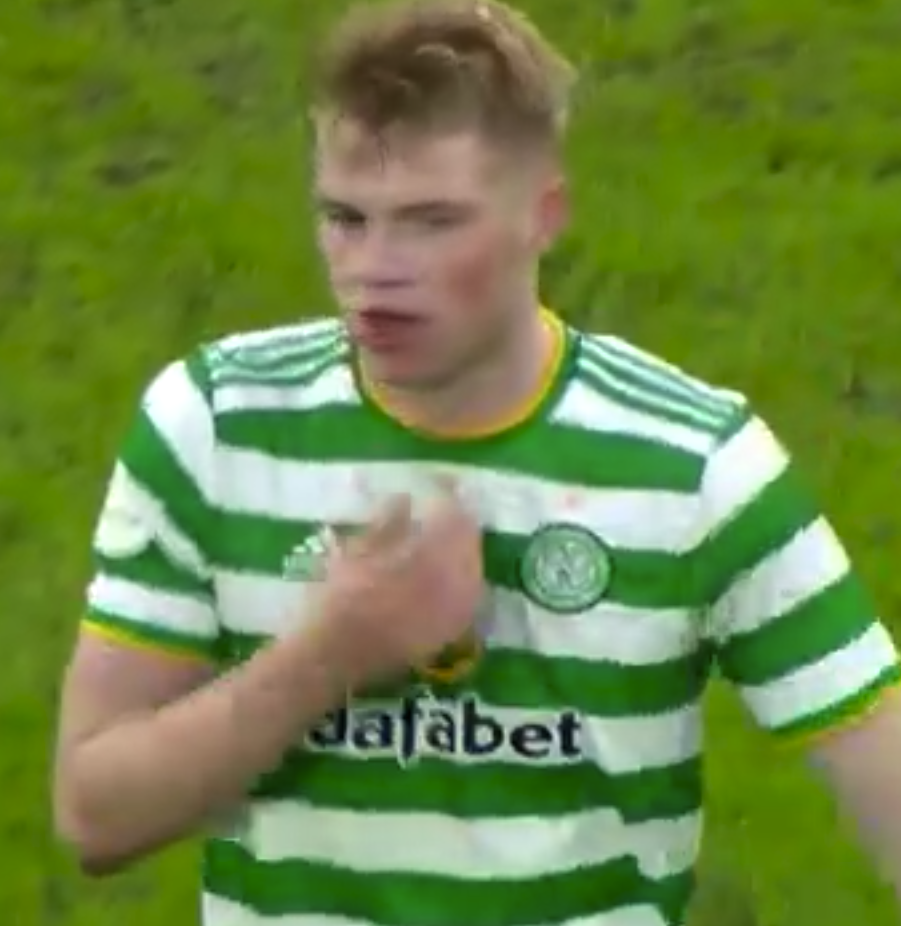 HEAD BHOY…Stephen Welsh enjoys his first goal for the Hoops.

The goal was clocked around the one minute 49 seconds mark and was a perfect way for the youngster to open his account for the club.

Two minutes later, Kelly was again rooted to the spot after Greg Taylor curled over a left-wing corner-kick and Edouard rose to glance in a header. It looked a goal all the way until it kissed the left-hand upright and carried wide.

The pulverising pace saw the visitors pinned in their own half and they were rescued in the sixth minute when Turnbull displayed some mesmerising skills as he chested the ball, flicked it up and then volleyed in a 25-yard effort that was parried by the keeper before he gathered.

In the 18th minute, Kenny came so close to marking his first appearance at Parkhead when he rampaged into the box to fire in a sizzling low shot that earmarked for the far corner before a frantic right foot from Kelly diverted the ball to safety.

Three minutes later, Kenny set up Edouard, but the Frenchman’s angled left-foot drive was blocked by an opposing defender.

Just past the half-hour mark, Turnbull was clearly tugged back by Jake Carroll at the far post as he went for another left-wing cross from Taylor, but referee Nick Welsh saw nothing untoward. 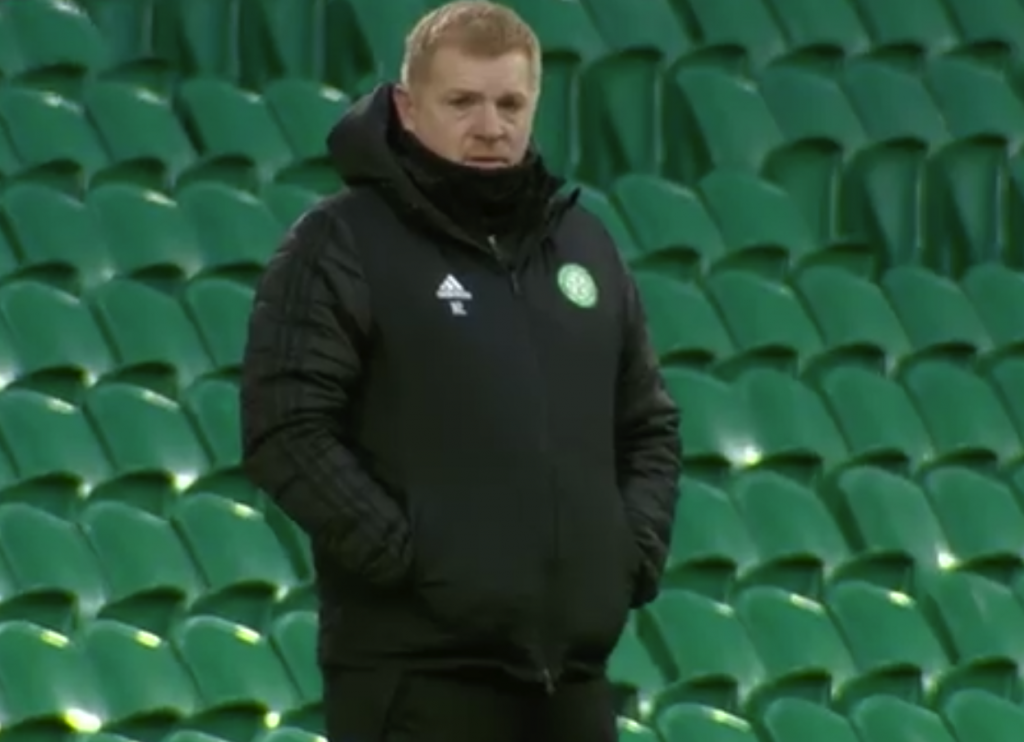 LOST IN THOUGHT…Neil Lennon watches as the action unfolds against the Fir Park side.

Tom Rogic, returning to the side in place of the injured Ryan Christie, saw a shot from the edge pf the box blocked after he took too many touches to set himself up.

Just before the interval, home netminder Bain showed good safe hands to hold onto a low free-kick from Chris Long that fizzed through the defensive wall.

Frustratingly, there was still just one goal in at half-time, despite Celtic’s overwhelming possession. Well surrenedred the wide areas to the Hoops as they packed their box and it was working to the extent Albian Ajeti hadn’t even managed a solitary attempt on target.

Ex-Celt Tony Watt and Devante Cole had little joy in their efforts in searching for space in the home rearguard, but it was clear the champions would be looking for that crucial second goal to settle their nerves. 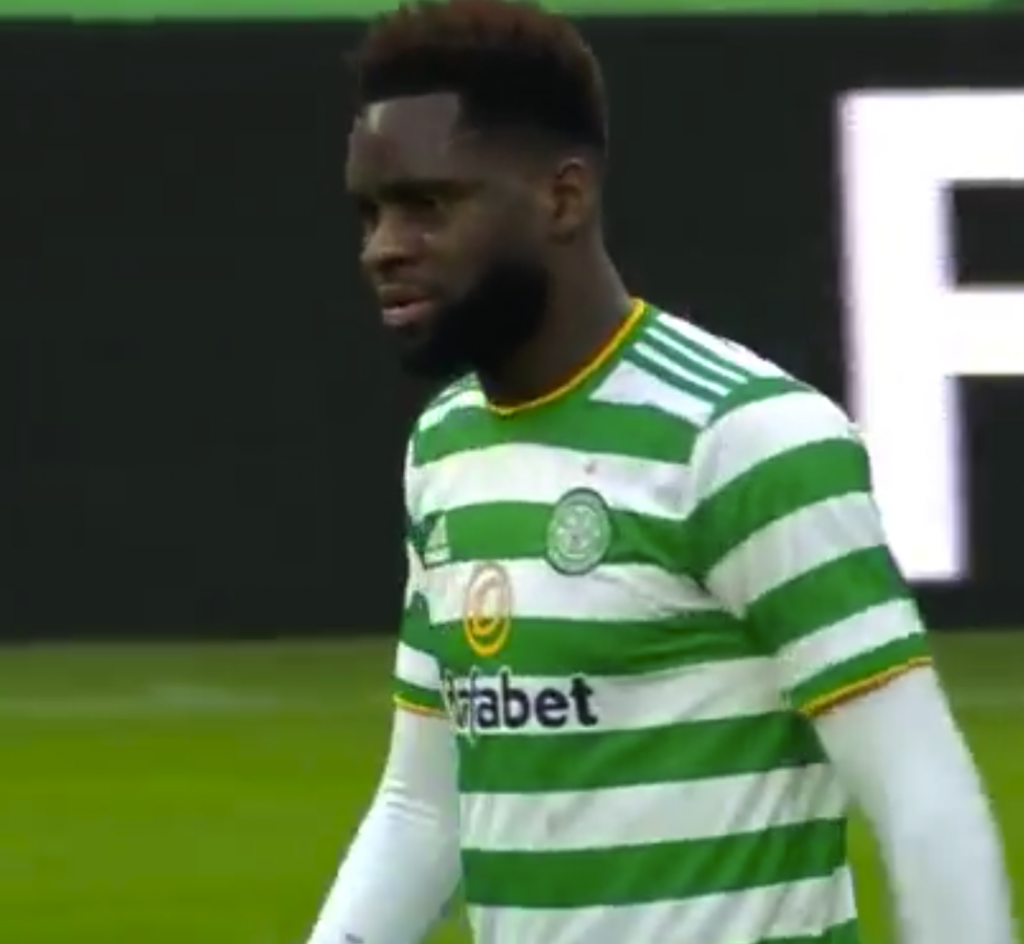 OOPS…Odsonne Edouard was off target with a close-range shot shortly after the restart.

Inside the opening minute of the restart, Edouard squandered a superb chance to get that strike when he was set up by Taylor, but from six yards he meekly hit the ball off target with a wayward right-foot attempt.

In the 51st minute, the French ace atoned for the miss when he doubled his team’s advantage. And it was the Edouard of old as he accepted another short pass from Taylor to knock the ball to Callum McGregor and then race into a good position to receive the return pass.

He steadied himself just outside the box and unleashed an unstoppable right-foot drive kiw beyond the sprawling Kelly at his right-hand post.

Ajeti missed up two quickfire opportunities when he missed an inviting cross from Taylor and then skied a left-foot drive over the bar after a neat pass from McGregor.

In the 61st minute, some great play from Taylor set up Turnbull from 30 yards and his rasping low shot was touched round the post by the alert Kelly. Ajeti sent his header off target from the resultant corner-kick. 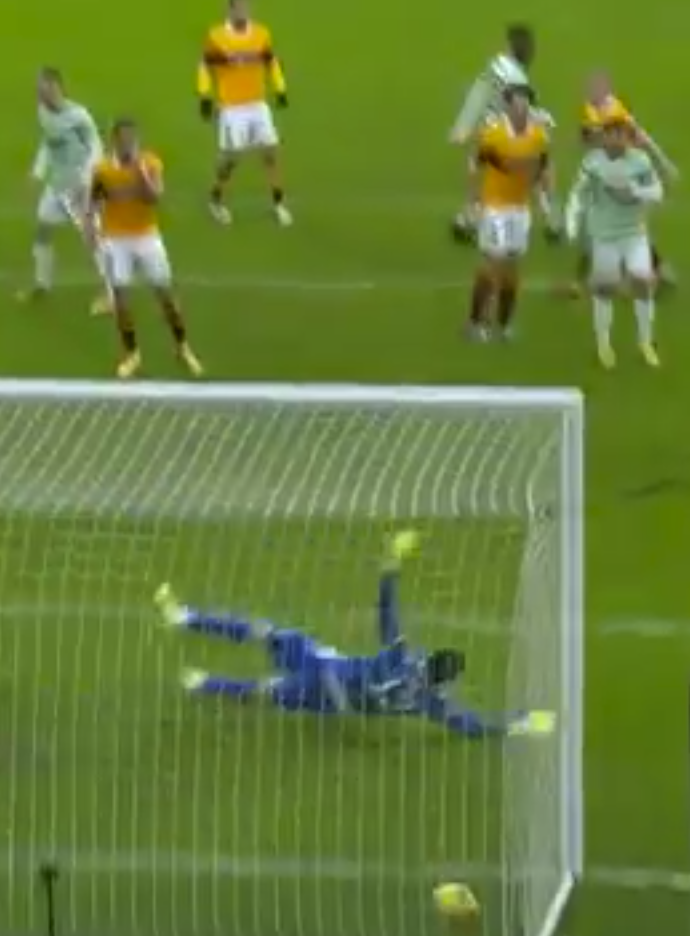 Three minutes later, Bain was called into action when Cole outstripped Kristoffer Ajer onto a through ball to blast in a dangerous low drive. The keeper did well to beat it away for a corner-kick.

Allan Campbell pulled one back in the 66th minute with a weird finish from the midfielder. He was allowed to bring the ball in from the right after a neat back-heel from Stephen O’Donnell on the touchline.

With the defence backing off, he attempted a shot from just outside the box. It looked like going high over the bar until it took a ferocious dip to leave Bain bewildered as it dipped behind him.

It was either a complete fluke or the work of a genius. Or a deflection with no-one owning up at the time.

Neil Lennon responded with a flurry of substitutions with Leigh Griffiths coming on for the disappointing Ajeti in the 69th minute and Ismaila Soro and Diego Laxalt for Scott Brown and Taylor three minutes later.

In the 80th minute, Rogic drifted past two defenders as he eased into the box and his thunderous 16-yard shot was magnificently pushed away for a corner-kick by Kelly.

Within 60 seconds, Mohamed Elyounoussi was introduced for the tiring Turnbull.

The game ended with the Hoops having to be satisfied with an odd-goal triumph when it looked as though they might go on a goal rampage.

However, it is a win – and we’ll accept that.