CELTIC completed their preparations for the new season with a good work-out against Norwich City which was settled with two super goals from Daizen Maeda and David Turnbull at Parkhead this afternoon.

The English Championship outfit made it difficult for the champions, but the Hoops got over a hiccup to play some neat possession play which must have pleased Ange Postecoglou.

Only Joe Hart, who looked sharp with a couple of top-notch stops, playing the entire 90 minutes with new arrivals Moritz Jenz and Aaron Mooy being introduced in the second-half. 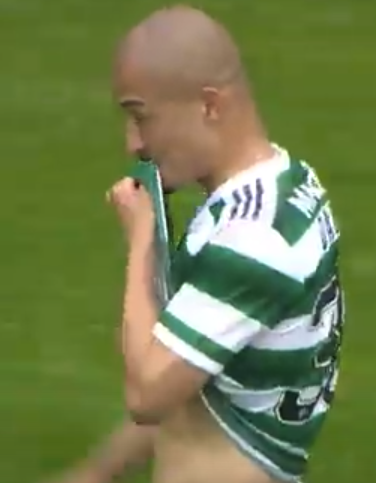 GETTING SHIRTY…Daizen Maeda celebrates in an unusual fashion after his opening goal.

The first-half was illuminated by a wonderfully-constructed move with was finished in inspirational fashion by Maeda.

Nine minutes from the interval, with the Hoops not quite taking control of proceedings after a bright start, they opened up the Carrow Road side’s rearguard to claim the breakthrough goal.

Cameron Carter-Vickers got the ball rolling with a pass forward to Filpe Jota, looking lively on the right wing straight from the off, and he carried on the threat by racing inside before knocking it onto Matt O’Riley.

His pass was diverted to Josip Juranovic charging in from the wing and he fired an inviting cross in to the near post area where Maeda was waiting to cleverly flick the ball beyond the astonished Tim Krul who got a hand to the ball, but couldn’t keep it from ricocheting into the back of his net. 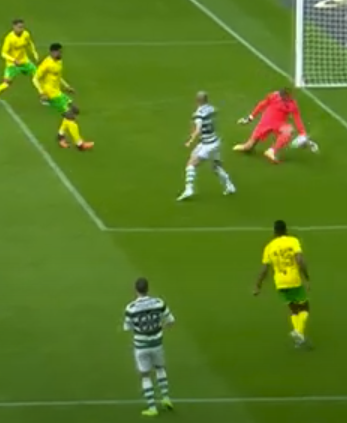 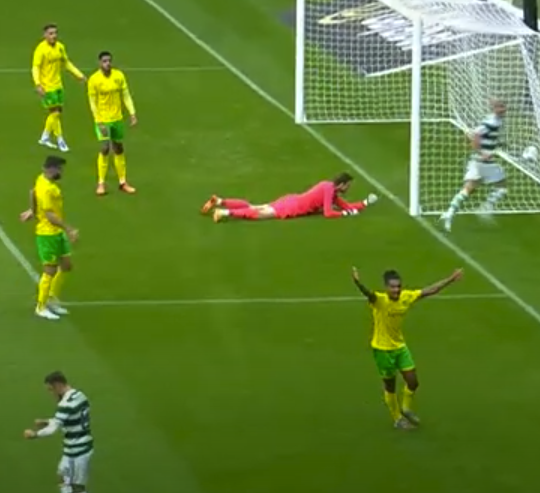 PICK IT OUT…Daizen Maeda celebrates as Tim Krul and his Norwich City defenders are left beaten.

How serious the Championship outfit were treating this friendly was emphasised by their long and loud protests for offside against the Croatian international.

It had to be explained to them that Juranovic was played on with the touch to him coming off a Norwich player, ironically Scotland international defender Grant Hanley.

The nearest to a goal before that breakthrough strike had actually come from the visitors in the 25th minute when Milo Rashika was allowed to cut in from the left to thump a wicked low right-foot drive on target.

Hart, though, was alert to the danger and threw himself to his left to push the ball to safety. There’s certainly nothing wrong with the 35-year-old keeper’s reflexes or reactions if this save was anything to go by.

There were no changes at the interval as boss Postecoglou waited until the 58th minute to introduce new Bhoy Jenz with the on-loan German centre-back replacing Stephen Welsh. 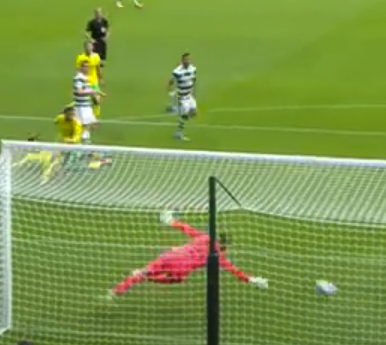 Going off were Juranovic, Taylor, O’Riley, Jota, Kyogo and Maeda.

In the 67th minute, Turnbull made his first impression when he snapped onto a pass from Giakoumakis, tricked his way past a challenge with a delightful change of feet before leaving substitute keeper Angus Gunn helpless with a low shot to his right.

It was a touch of class and the move was put in motion by some smart anticipation from Hatate who intercepted a defender’s pass before setting up the Greek frontman.

Four minutes later, Abada flashed a first-time 16-yarder past the post after some excellent lead-up play on the left between Bernabei and Forrest. 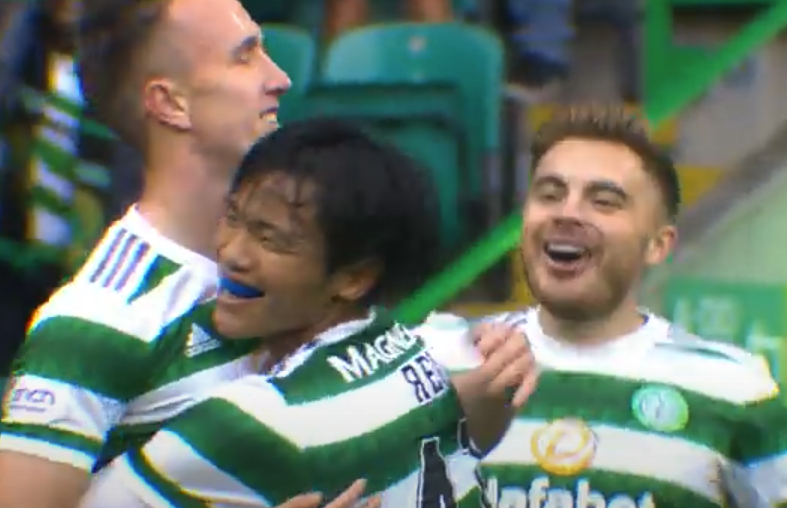 Australian international Mooy made his Parkhead debut in the 77th minute when he replaced Man of the Match Hatate who had looked bright and eager to get around the pitch as usual.

In the 83rd minute, there was a special cheer for skipper Callum McGregor, minus his familar face mask, as he came on with James McCarthy taking his role in the middle of the park.

Christopher Jullien came on for Carter-Vickers at the same time and eased his way through the remaining moments on the pitch.

Giakoumakis came close to adding a third in stoppage time, but was denied by a fine diving save low at his right-hand post by Gunn.

Postecoglou will be satisfied with most of what he has seen in six warm-up games, but the real stuff starts a week tomorrow when Aberdeen visit on Flag Day.