CELTIC made no mistake as they claimed the three precious points as they maintained their focus on 10 in a row and exacted revenge on the Highlanders at the same time.

Goals from David Turnbull and Leigh Griffiths helped get some retribution on the club who ended their Betfred League Cup hopes in a real shocker last month.

But that was then and this is now. The magical and unprecedented quadruple treble has been achieved and there is a historic tenth successive championship to be won plus this season’s Scottish Cup will kick off next month.

With Steven Gerrard’s Ibrox outfit winning against St Johnstone in Perth it was imperative there was no slip-up from the Hoops and they put in a command performance although the superiority is not reflected in the scoreline.

Celtic’s intent was clear right from the start. A clever run and neat pass from Jeremie Frimpong, a contender for Man of the Match, created an opening for Ryan Christie who swivelled to fire in a shot that was deflected for a right-wing corner-kick.

An opportunity dropped to Odsonne Edouard, but his wayward effort was closer to the corner flag than Ross Laidlaw’s goal. Apart from his dinked penalty-kick against Hearts on Sunday, the Frenchman’s finishing was woeful and his early attempt against the Dingwall outfit did not bode well. It didn’t get much better until he was substituted 18 minutes from time. 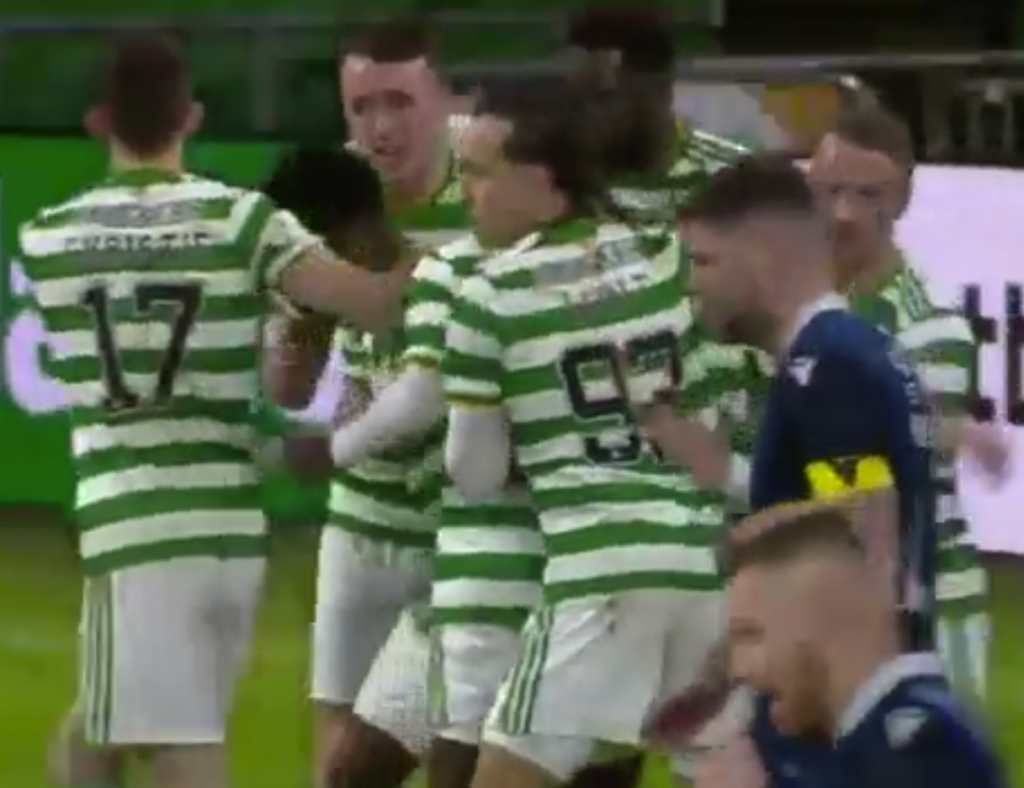 The Hoops forced the play, but the Highlanders were quick to cover and Callum McGregor’s frustration was highlighted in the 20th minute when he tried a left-foot shot from outside the box that swept harmlessly wide of Laidlaw’s left-hand upright.

The breakthrough goal arrived in the 24th minute and it was all down to some mesmerising footwork and pace from Frimpong on the bye-line as he bamboozled Josh Reid before whipping over a low cross into the danger zone.

Turnbull was ideally placed smack in front of goal to turn the ball into the gaping net. It was no more than the champions deserved

Ismaila Soro was busy in the middle of the park and hit two laserbeam passes through the centre, but on both occasions the visiting rearguard reacted quickly to clear the danger.

Christie tried his luck from long range in the 32nd minute, but it rivalled the earlier dreadful attempt of Edouard as it sailed miles off target.

Six minutes later, Stephen Kelly volleyed in a rasping 25-yarder that tested Conor Hazard who held it well to his left, the young keeper displaying a good safe pair of hands.

As the first-half nudged to a conclusion, Edouard had two efforts within the space of a couple of minutes, but neither troubled Laidlaw. The first was collected by the keeper at his left and the second flew wide of the right-hand post.

In the 54th minute, Griffiths squandered a marvellous opportunity to double the Hoops’ advantage. He was sent clear by McGregor and it looked only a matter of time he pulled the trigger as he moved in on Laidlaw.

However, he dallied far too long and defender Alex Lacovetti got back to block the shot. It really have should have been a second goal.

Kristoffer Ajer then surged through the middle of the park to sweep past three challenges before the ball dropped to Christie, but he tamely blasted the ball over the bar. It was turning into a procession of missed chances because of some wretched finishing by the champions.

In the 61st minute, Griffiths passed up another superb opportunity when Iain Vigurs passed the ball straight to him, but he hammered the ball off the advancing Laidlaw. 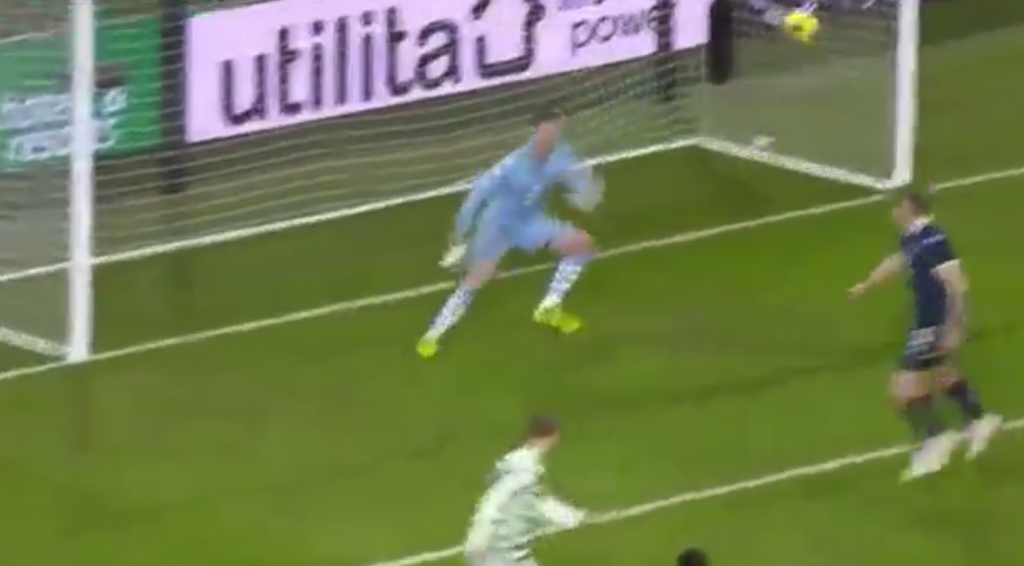 HEAD BHOY…Leigh Griffiths nods in the second as he leaves Ross Laidlaw helpless.

A second goal just had to come and within 60 seconds it was Griffiths who atoned for his earlier sloppiness in front of the target.

Frimpong and Christie combined on the right before the Scotland international clipped in a cross that was met perfectly by the comeback hitman and he sent a header soaring beyond the motionless keeper.

There was a mixture of relief and delight in Griffiths’ face as he accepted the congratulations of his team-mates.

In the 70th minute. there was an incredible double reprieve for the Highlanders after Turnbull has set up Edouard in an excellent position. His shot was blocked and the ball fell to McGregor and he, too, had his effort deflected to safety. It would be fair to say Laidlaw’s goal was living a charmed life.

In the 72nd minute, Neil Lennon made a treble change when he withdrew Edouard, Turnbull and Christie and sent on Mikey Johnston, Olivier Ntcham and Tom Rogic.

Nine minutes from time, Griffiths came off with Albian Ajeti taking his place as attack-leader.

Now all eyes are on Hamilton on Boxing Day and a repeat of this display – with the hope for some better finishing – will see the Hoops enjoying an inevitable triumph.