MAN-OF-THE-MATCH Mikey Johnston was merciless as he helped himself to a deserved double as the champions devastated Dundee in a one-sided encounter at Parkhead this afternoon.

Brendan Rodgers saw his Premiership leaders coast to three points against the team struggling at the foot of the table.

This was a David v Goliath confrontation that followed the script. The Tayside outfit were shredded in ruthless fashion by a relentless Hoops outfit who brought down the curtain on the last home game of 2018 with a second successive three-goal victory.

Filip Benkovic added the third goal to Johnston’s two and it was a mystery the scoreline did not hit record figures.

Celtic claimed three, hit the woodwork twice, had two efforts cleared off the line, saw shots and headers just edge wide of the target plus visiting keeper Jack Hamilton pulled off a string of superlative saves. 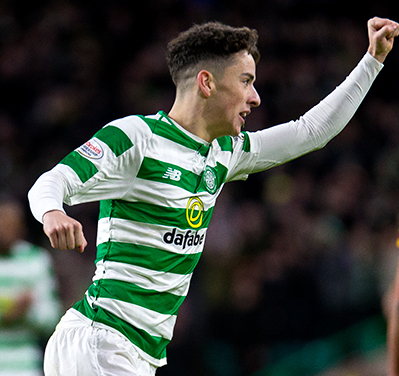 The pattern was set early on. In the second minute, Tom Rogic threaded a pass into the tracks of the galloping Johnston, but Hamilton sprinted from his line to boot the ball clear.

The keeper was in action shortly afterwards as he sprawled to his right to touch away a cross from Anthony Ralston reaching Scott Sinclair and the Englishman was denied again in the seventh minute when he pounced on a deflection from an angle drive from Johnston.

He steadied himself before blasting a 14-yard effort high past Hamilton, but defender Nathan Ralph materialised on the line to spectacularly head the effort over the bar for a corner-kick.

The Hoops were out of luck again in the 17th minute when Sinclair bamboozled Cammy Kerr with a solo run coming in from the left before knocking the ball to Johnston who fired high beyond Hamitlon’s clawing fingers only to be denied as the drive crashed against the crossbar and was smuggled clear.

Green-and-white waves were cascading down upon the overworked Hamilton and it seemed only a matter of time before the opening goal. 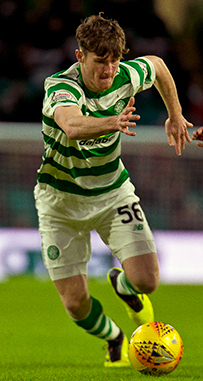 In the space of three minutes, Rogic lofted one over from 18 yards and James Forrest also missed the target after a superb left-wing cross from the scintillating Sinclair.

Next up, the Aussie had an opportunity in front of goal after some good work by Sinclair and Emilio Izaguirre, but Hamilton parried the close-range drive and held onto the rebound.

Dens defender Martin Woods was the first player to be booked by referee Euan Anderson following a cynical foul of Forrest.

It was one-way traffic and Benkovic was next to have a go when he thumped in a 30-yarder that whizzed over the crossbar.

Johnston tested Hamilton with a header from a left-wing cross from Olivier Ntcham and he came even closer just after the half-hour mark where he displayed some wizardry with the ball at his feet to squeeze a low drive wide of the keeper, but it crept agonisingly wide of the far upright.

Astonishingly, 10 minutes from the interval, it was still goalless after Ntcham had failed to convert a neat pass from the hard-working Sinclair.

Two minutes from half-time, Johnston, who had been threatening straight from the off, at last hit the breakthrough strike for the champions – and it was an absolute gem.

Skipper-for-the-day Callum McGregor swept a perfect ball towards the teenager who took an exquisite first touch as he rolled the defender to open up the opportunity and on this occasion he was not to be denied with a low drive into the corner.

Johnston celebrated in front of the fans following his first senior goal in the 3-0 win over Motherwell in midweek.

Celtic camped in enemy territory immediately after the restart and in the 50th minute Johnston had claimed a marvellous second goal. 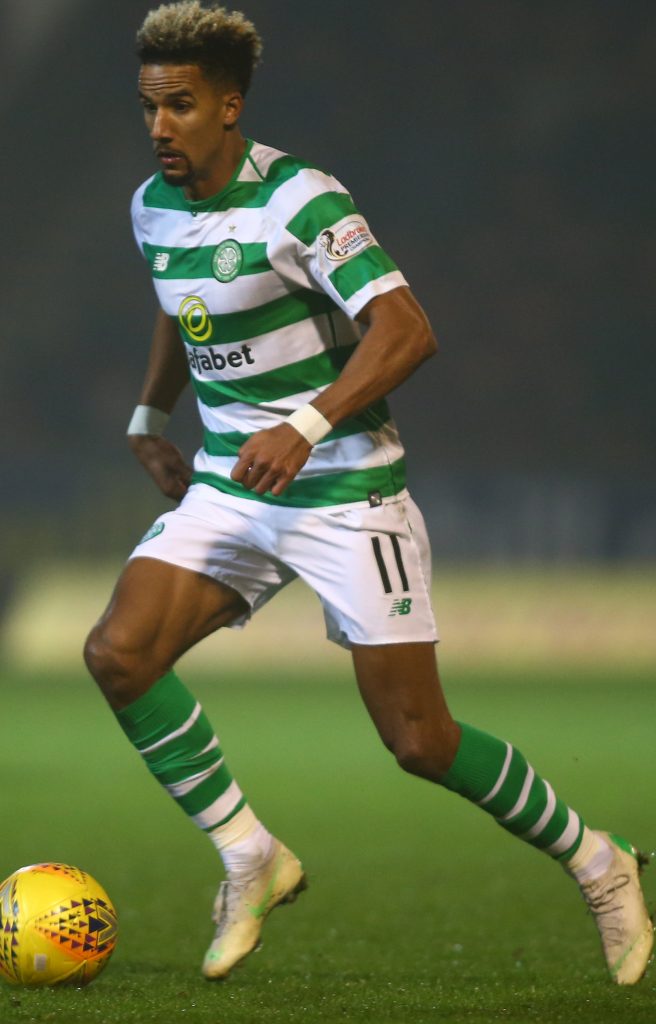 GREAT SCOT…wing wizard Scott Sinclair was so impressive against Dundee.

Izaguirre and the impressive Sinclair, running amok on the left wing, combined again and the forward swung over an inviting cross smack in front of goal and the makeshift hitman, proving so elusive, was free to rattle a header into the net off the underside of the crossbar.

Rogic set up Forrest a few minutes later, but the winger elected for power over precision and Hamilton managed to block the drive.

Just before the hour mark, Kristoffer Ajer came on to replace Jozo Simunovic as the Norwegian continued to work on his match fitness.

The procession continued as McGregor picked out Ralston who, like Forrest, wanted to blast the ball into the net and again the Dundee No.1 managed to get his hands to the drive.

Next up, Ryan Christie, who missed the games against Hibs and Motherwell with an ankle injury, came on for Forrest in the 62nd minute as the manager kept the team ticking over.

In the 70th minute, it was three and easy when Benkovic claimed his second goal for the club. Johnston was involved in the build-up with a slick pass to Christie who had a powerful shot parried by Hamilton.

There was no let-off, though, as the ricochet spun to the Croatian central defender who connected first-time to blast in the rebound from 12 yards.

Seven minutes from time, Rogic slanted a pass in front of Ralston who thundered a low right-foot shot wide of Hamilton only to see the ball strike the inside of the post before being scrambled clear.

In the fading moments, Sinclair was denied the goal he deserved with a neat flick that was knocked away by Hamilton and booted off the line by Ralph.

Now all eyes are on Pittodrie on Boxing Day when the Hoops take on Aberdeen and then the Ibrox confrontation comes into focus three days later.