Celtic Quick News on News Now
You are at:Home»Match Report»CELTIC 3 RAITH ROVERS 0: HOOPS ON A WING AND A SLAYER
By CQN Magazine on 23rd September 2021 Match Report

CELTIC went on a wing and a slayer against Raith Rovers this evening as little big men Filipe Jota and Liel Abada scored and ripped the Kirkcaldy side to shreds at Parkhead to seal their place in the Premier Sports League Cup semi-final.

The wide Bhoys were unstoppable as they lit up the east end of Glasgow. Who needs disco lights when these two are around?

Joe Hart was required to get his knees dirty only once in the opening 45 minutes as the Hoops dominated proceedings against willing and eager opponents.

The home side, still smarting after the loss to Livingston at the weekend, attempted to get into top gear right from the off and there was a lot on display that was easy on the eye. 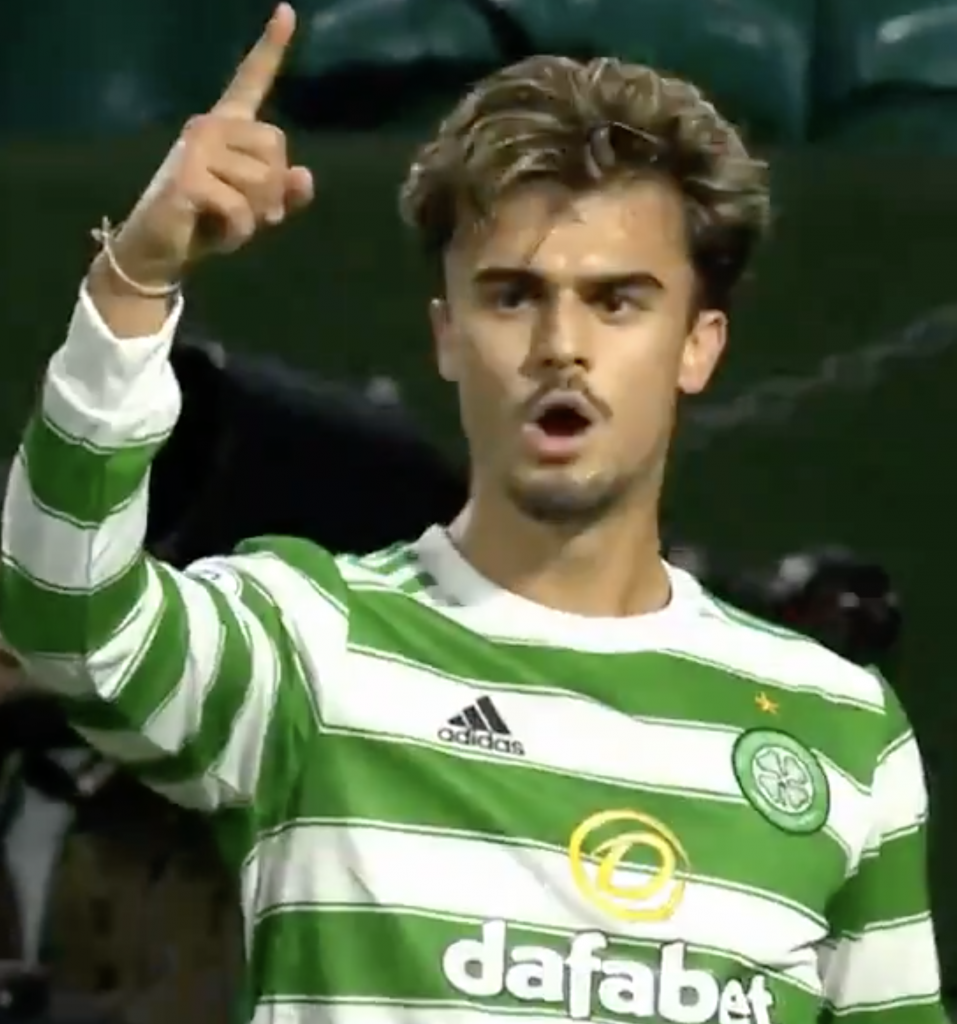 NUMBER ONE…Filie Jota celebrates the opening goal against the Fifers.

Jota was flying on the left wing and was showing a great appetite for running directly at the Fife defence and was happy to mix it up by sending in crosses or having at go at goal himself.

He got his reward in the 26th minute when he claimed the breakthrough goal to lift a little of the pressure on his team-mates who were finding it difficult to get a clear sight of veteran keeper Jamie MacDonald with the visitors doubling up at every opportunity.

But the tricky Portuguese wide Bhoy managed to unlock the rearguard when he combined with James McCarthy, making his first start at Parkhead.

Jota played a pass inside to Adam Montogomery who knocked it on to the Republic of Ireland international and McCarthy’s threaded ball through the Raith defence was simply exquisite. It arrived at the raiding flanker at exactly the right pace and he took two quick touches in his stride before slotting the ball wide of the helpless MacDonald to his right.

It was a brilliantly constructed and executed goal and it was no more than the home side deserved after having the bulk of possession as they relentlessly drove at their rivals. 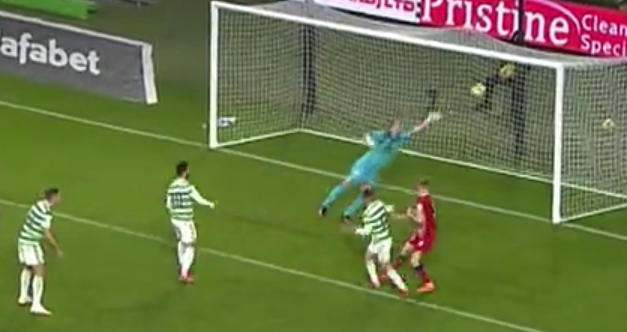 HEAD BHOY…Liel Abada gets in to nod the second past the stretching Jamie MacDonald.

David Turnbull, who had misplaced a few earlier passes, got it right on this occasion with a good ball down the line.

The winger, on loan from Benfica, eased onto the pass, thundered towards the backtracking defence, cut inside onto his right foot and thumped a vicious drive at goal.

Keeper MacDonald did well to spread himself to his left to get a hand to the ball, but it flipped up into the air and the ever-alert Abada arrived bang on time to rise with nonchalant ease and head the ball into the gaping net.

The visitors, who had knocked out Premiership opposition in Livingston and Aberdeen to rech this stage, were being swept aside by the speed of the Hoops attacks on both flanks. 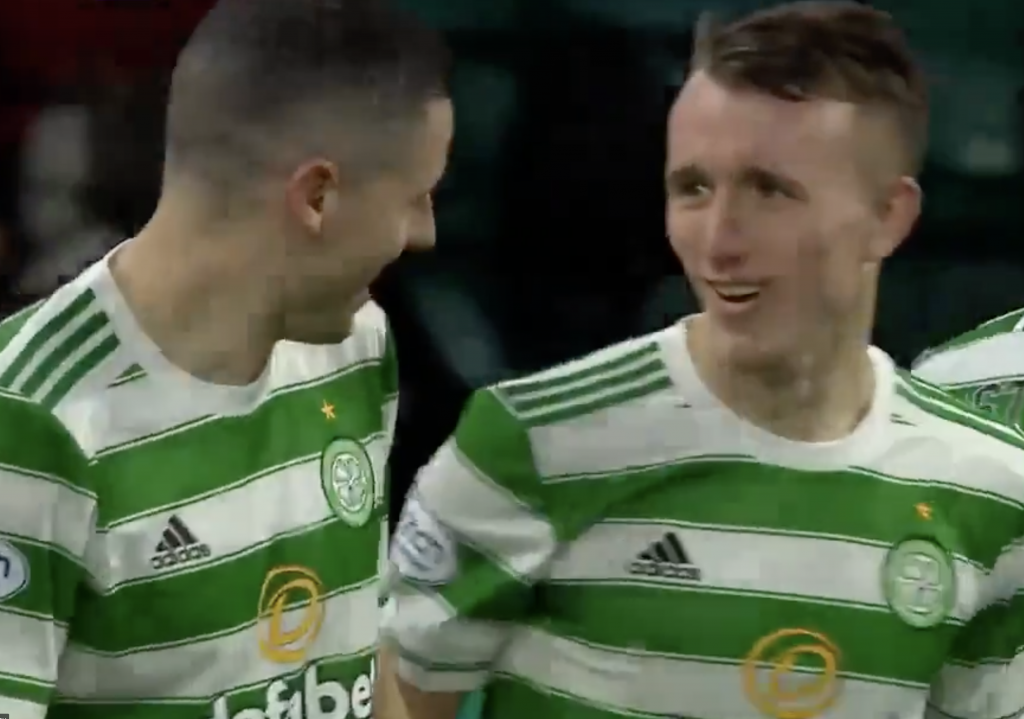 JOY BHOYS…David Turnbull is all smiles as he is congratulated by Tom Rogic after the third goal.

Just over a minute into the second-half, Turnbull added a third in another quickfire move from the Hoops after Ajeti had won possession and knocked a pass to Rogic who placed it in front of his midfield partner. He looked up and arced a low effort past the sprawling MacDonald at his left.

In the 59th minute, the visitors were reduced to 10 men when Dario Zanatta picked up two yellow cards in the space of four minutes for fouls on Rogic and Anthony Ralston. The Canadian had no argument as referee David Munro signalled it was the end of his part in proceedings.

On the hour mark, Liam Scales came on as a substitute to make his debut. The young Irishman entered the action along with Josip Juranovic as Albian Ajeti and Abada made way.

Nine minutes later, it was the turn of Ismaila Soro and Nir Bitton to come on to get rid of some rust from their limbs as they replaced McCarthy and Rogic.

Celtic saw out the contest to bring down the curtain on a well-merited victory to also boost their goals for column to 18 in the last four domestic home games with no goals conceded.