The Belgian left-back, bought by ex-boss Neil Lennon from Rapid Vienna for £3million in the summer of 2019, looks to be on his way to Russia.

Bolingoli, of course, sparked outrage by breaking strict government-imposed Covid rules after travelling to Spain for a short break without the authorisation from the Parkhead club. He failed to observe quarantine sanctions and returned to train with his team-mates at Lennoxtown before coming on as a substitute in the 1-1 draw with Kilamrnock at Rugby Park in the second Premiership outing of last season. 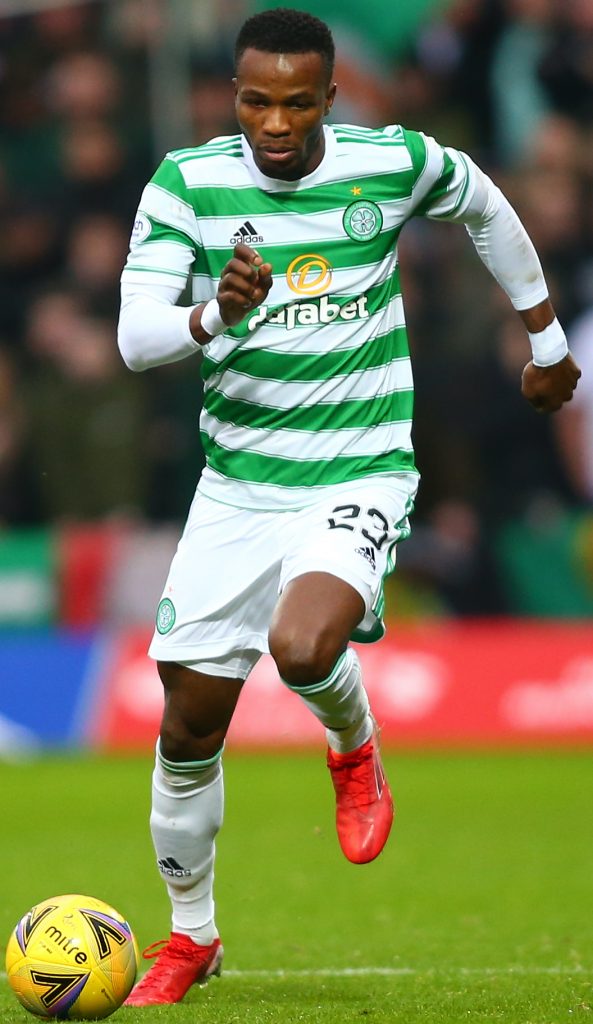 ON THE MOVE…Boli Bolingoli races into attack in the 2-0 win over Motherwell at Fir Park in October.

That was the wayward player’s solitary appearance in a wretched campaign as he was loaned to Istanbul Basaksehir, but the Turkish club decided against making the switch permanent .

Bolingoli has made two outings since the arrival of Ange Postecoglou in June last year, but hasn’t featured since October.

The 26-year-old misfit is now in talks over a move to Russian Premier League side Ufa, according to a report in the Daily Record.

The transfer window in the country is open until Tuesday and a cut-price move could be rushed through for the outcast.

Bolingoli has slipped down the pecking order for the No.3 position behind Josip Juranovic, Greg Taylor and Liam Scales and the best solution for all parties would be a transfer.