Goals from Liam Scales, Giorgos Giakoumakis, Daizen Maeda and Nir Bitton saw off the spirited challenge of the Championship side at a wet and windy Parkhead this evening.

However, one of the biggest cheers of the occasion was reserved for the 74th minute when Christopher Jullien, out with a knee problem since December 30 2020, made a welcome appearance as he took over in central defence from Cameron Carter-Vickers.

The French centre-back has been sidelined for 14 long and agonising months as the Hoops fans cheered his every touch following his late appearance.

A fairly dire first-half was illuminated by a spectacular drive from Scales that gave the Hoops the interval advantage.

The goal arrived in the 22nd minute and was set up by a superb pass from Tom Rogic that picked out the Republic of Ireland defender on the edge of the box.

Scales tamed the ball before lashing it with his left-foot and the effort was a blur as it took off at a ferocious pace before thudding into the net off the inside of keeper Jamie McDonald’s right-hand post.

It was the youngster’s second goal for the club to add to his smart drive in the 3-0 win over Dundee United at Tannadice before the turn of the year.

The wonder strike, alas, did not inspire the home side to any great heights in an opening period that was laced with sloppy passing and dodgy control.

Mikey Johnston huffed and puffed on the left wing, but produced very little while James Forrest, on the opposite flank, looked off the pace. 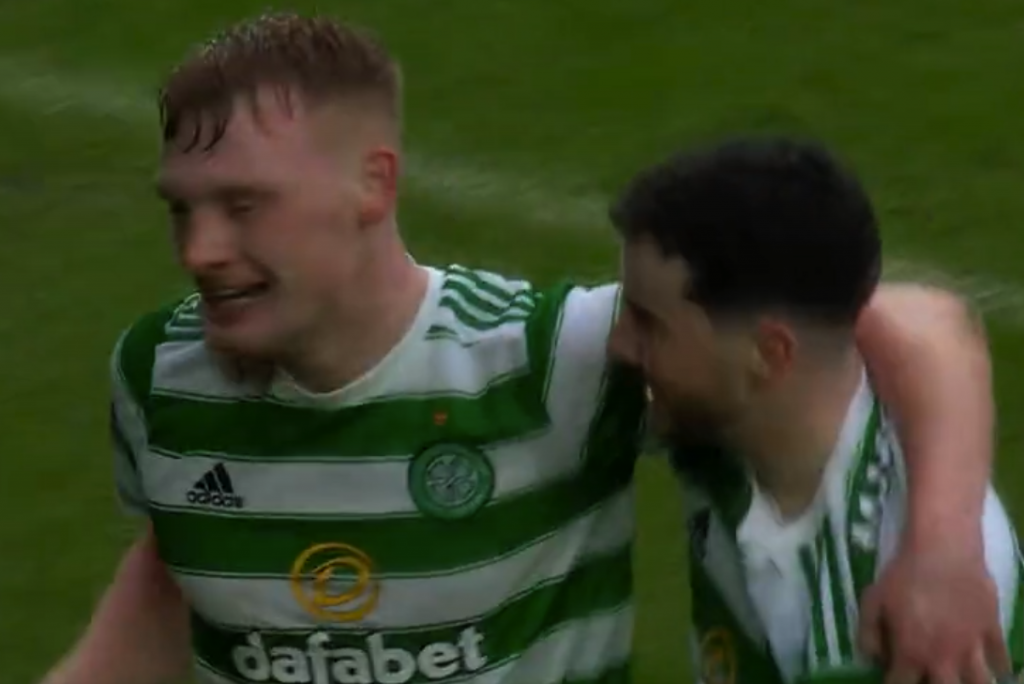 CUP THAT CHEERS…Liam Scales celebrates with Mikey Johnston after his wonder strike.

Even Reo Hatate, normally so accurate with his passing, was hitting balls straight to opponents much to the annoyance of the Japanese midfielder and his manager on the touchline.

Ange Postecoglou looked grim-faced as his players allowed the tempo to drop rather alarmingly to invite the Championship side back into the contest.

The balls coming out defence lacked accuracy as the willing Giaknoumakis cut a frustrated figure as he chased loss causes.

Yet the Hoops could have been a goal ahead in the third minute when Scales picked out Hatate on the left. He released Johnston who raced into the box. However, from 12 yards, the winger blazed the ball waywardly over the crossbar.

Only moments later, Stephen Welsh was yards short with a passbook and Joe Hart had to sprint from his line to boot the ball to safety as Jamie Gullan hoped to capitalise on the centre-back’s slackness.

Shortly after that, Giakoumakis sped onto a pass from Hatate and fired an inviting ball across goal from the left, but Rogic and Forrest were too slow to take advantage and the chance was lost.

Israeli international Bitton, captain for the day in the absence of Callum McGregor, tried to show the frontmen how it was done with a 30-yard drive that zipped over the bar with McDonald scrambling. 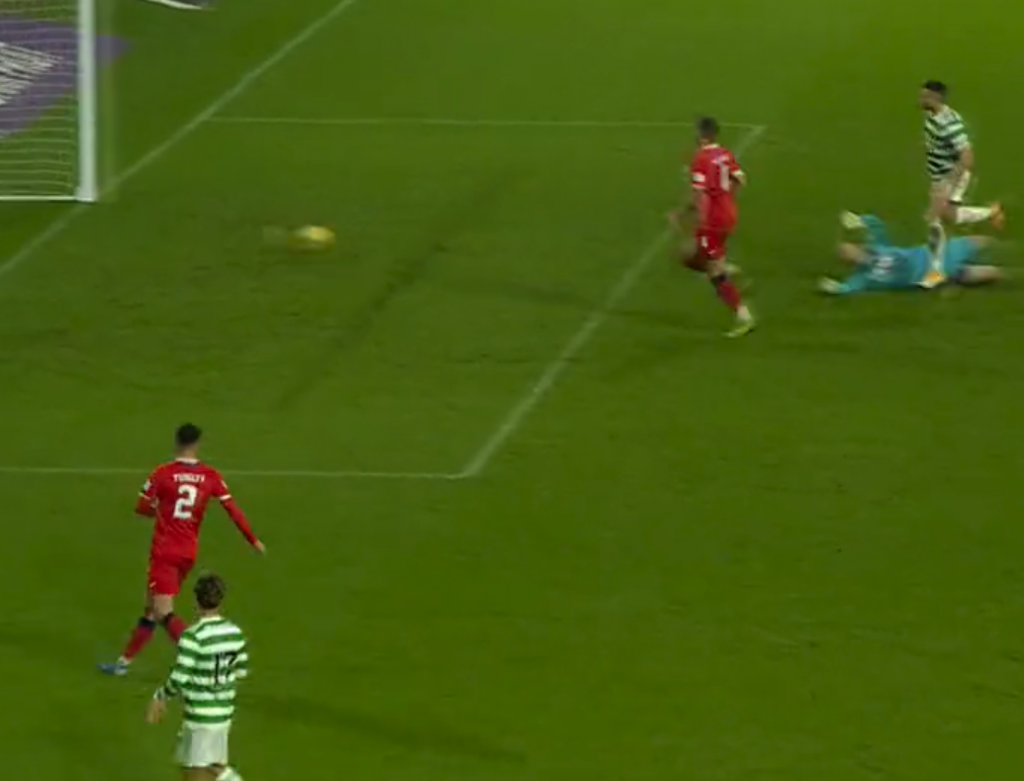 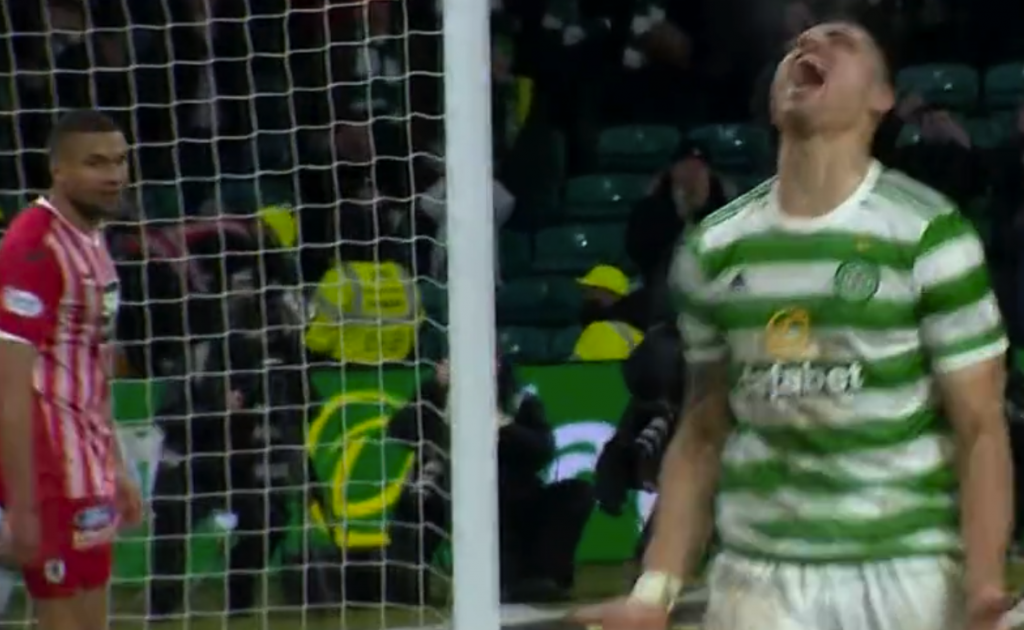 In the 17th minute, Johnston set up Hatate inside the box, but his shot lacked power and precision and the keeper made a comfortable save low to his right.

There was a penalty claim from the Fifers after Carter-Vickers intercepted a header with his upper chest before clearing. Referee Steven McLean wasn’t interested and waved play on.

Five minutes after the interval, Johnston limped off with what looked like a knock on his left ankle and was replaced by the lively Filipe Jota who injected some pace, energy and invention on the flank.

In the 68th minute, the Portuguese flyer was involved in the crucial second goal as he eased onto a clever pass from Hatate, who must have listened to the words of wisdom from his manager at half-time and upped his game.

Jota whipped the ball into the penalty box and Giakoumakis arrived with perfect timing to slide the ball behind the stranded McDonald from 10 yards.

Postecoglou them made a triple substitution on 69th-minute mark when he sent on Liel Abada, Yosuke Ideguchi and Maeda for Forrest, Rogic and the Greek frontman who had just celebrated netting the fourth goal of his Hoops career. 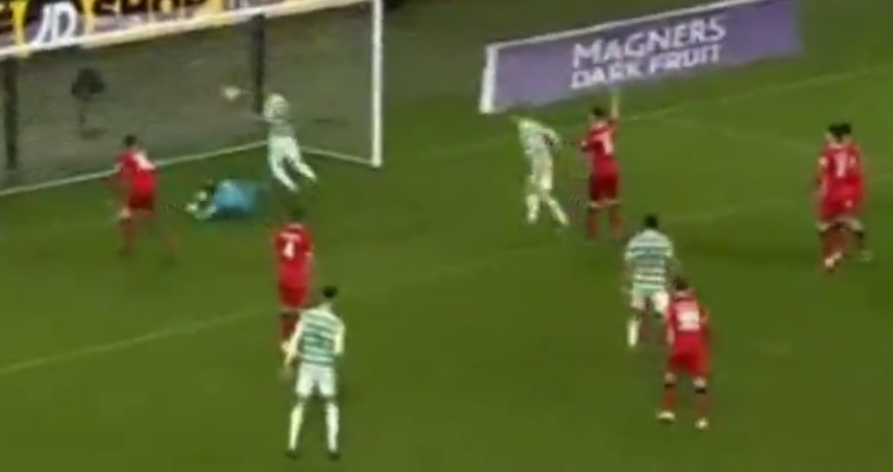 NUMBER THREE…Daizen Maeda nods in from close range with the Raith Rovers keeper on the ground. 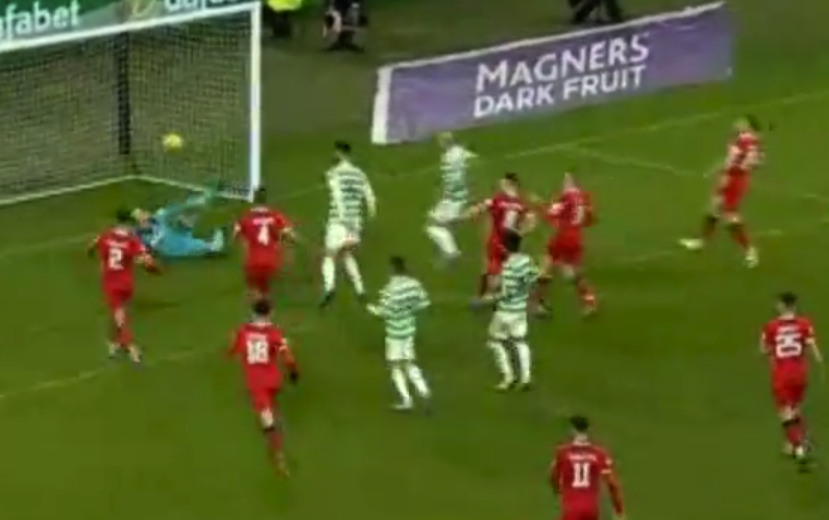 Two minutes later, Abada’s right-wing corner-kick was headed on by Ralston at the near post and Maeda got a touch from close range.

McDonald produced an acrobatic save to parry his effort, but it went straight back to the Japanese striker who nodded in from practically on the goal-line.

Jullien then came on to rousing and rapturous applause from the fans and the final goal was claimed by Bitton in the 87th minute when he netted from the rebound after McDonald had beat away his first attempt from the penalty spot.

Bizarrely, referee McLean awarded the spot-kick after a handball from Sean Mackie who had been booked moments earlier for a clumsy challenge on Maeda.

However, the match official flashed the card at his team-mate Ross Matthews who clearly did not handle the drive from Jota.

Mackie should have walked for a double yellow, but he escaped on this occasion after a blunder from the whistler.

Thankfully, Celtic, despite failing to show their characteristic high intensity during the confrontation, did not make similar errors and got the job done.