Celtic Quick News on News Now
You are at:Home»Latest News»CELTIC 56 NOT OUT
By CQN Magazine on 13th May 2018 Latest News

CELTIC have gone FIFTY-SIX games since they lost a domestic match game at Fortress Paradise.

The last time they were beaten at Parkhead was on December 19 2015 when Motherwell won 2-1.

Mark McGhee’s Fir Park outfit came back from Nir Bitton’s opener to score twice through Louis Moult – the deciding goal coming from the penalty spot – for their first victory in the east end of Glasgow for nearly eight years.

The reverse meant Ronny Deila’s team had gone four games without a win on home turf  – the worst run since Tony Mowbray wasmanager in season 2009/10.

Ajax (2-1) and Molde (2-1) both won their Europa League ties and Kilmarnock forced a goalless draw in the league. 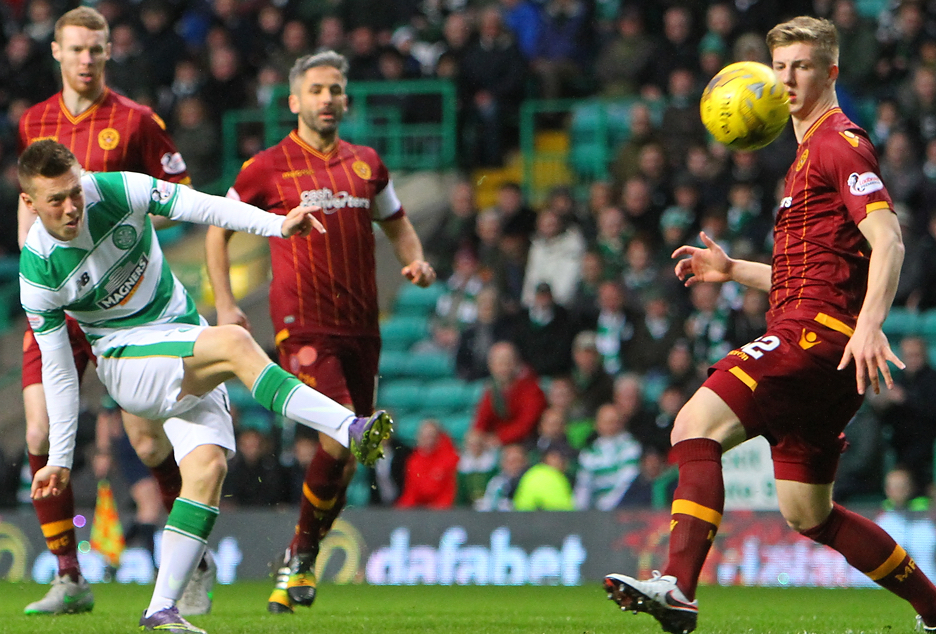 OFF DAY…Callum McGregor is out of luck on this occasion.

Despite the loss, Celtic remained top of the title by a point from Aberdeen.

They unfurled their fifth successive Premiership flag at the end of the campaign as they exacted revenge on Well with a 7-0 trouncing in Deila’s last game on May 15 2016.

Last season, Brendan Rodgers witnessed his team drawing only two games, both ending in 1-1 stalemates, in the end end of Glasgow – against Sevco Rangers in March and Partick Thistle the following month.