Celtic Quick News on News Now
You are at:Home»Latest News»‘CELTIC A LONG WAY AHEAD OF US,’ ADMITS MILLER
By CQN Magazine on 24th April 2017 Latest News
VETERAN striker Kenny Miller has bemoaned the fact Sevco Rangers gave Celtic too much respect at Hampden yesterday.
However, the 37-year-old frontman, who will be out of contract in five games’ time, acknowledged there was little he or his team-mates could do to derail Brendan Rodgers’ side as they sauntered to a 2-0 Scottish Cup semi-final success.
Miller whined: “We never got out the traps, gave them too much respect and too much time on the ball.
“We allowed them to do pretty much whatever they wanted with the ball and it was similar to the opening game of the season at Parkhead.
“We were set up to play in a certain way that we never really got to grips with – especially in the first-half. 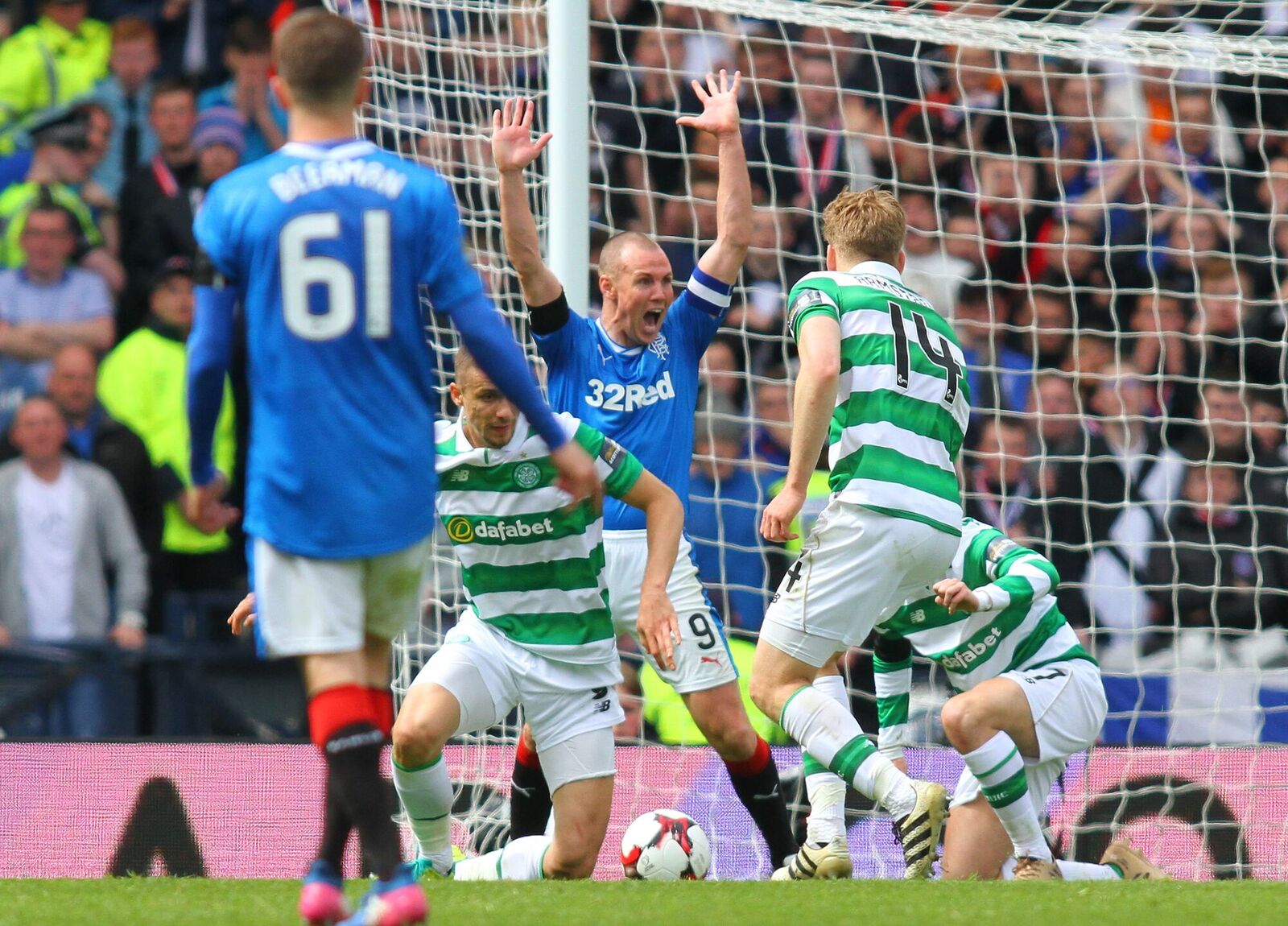 “Whether it’s individuals not doing the job or maybe not understanding the job, but we definitely gave them too much respect.
“Anybody who saw it, would say they had so much time on the ball. You probably only need to look at the possession stats – barring that spell when Celtic were down to 10 men and we had a little bit of the ball.
“But even then, while we were on the ball, we weren’t clinical enough, weren’t moving it quickly.
“We weren’t threatening their goal – even when they were down to 10 men.
“That’s why the first-half, for me, was really disappointing.”
Celtic are a colossal 33 points ahead of the Govan outfit in the Premiership and the teams meet again at Ibrox on Saturday.
Miller added: “Listen, I think when you look at the league positions, it’s fair to say that, over the course of this season, they’ve been a long, long way ahead of us.
“But, when it comes to a game like this, we should be putting on a far, far better showing than we did. There’s no doubt about it.”