Celtic Quick News on News Now
You are at:Home»Latest News»CELTIC – A VIEW FROM FRANCE
By CQN Magazine on 10th November 2017 Latest News

In a month when Celtic and its supporters have been receiving gongs and accolades on almost a weekly basis, prestigious French magazine Onze Mondial has come to the party, publishing a six page feature on the Hoops in its November issue.

The article probably won’t tell you anything that you didn’t already know but the magazine might make a nice souvenir for fans across in Paris for the game at the Parc des Princes later this month. 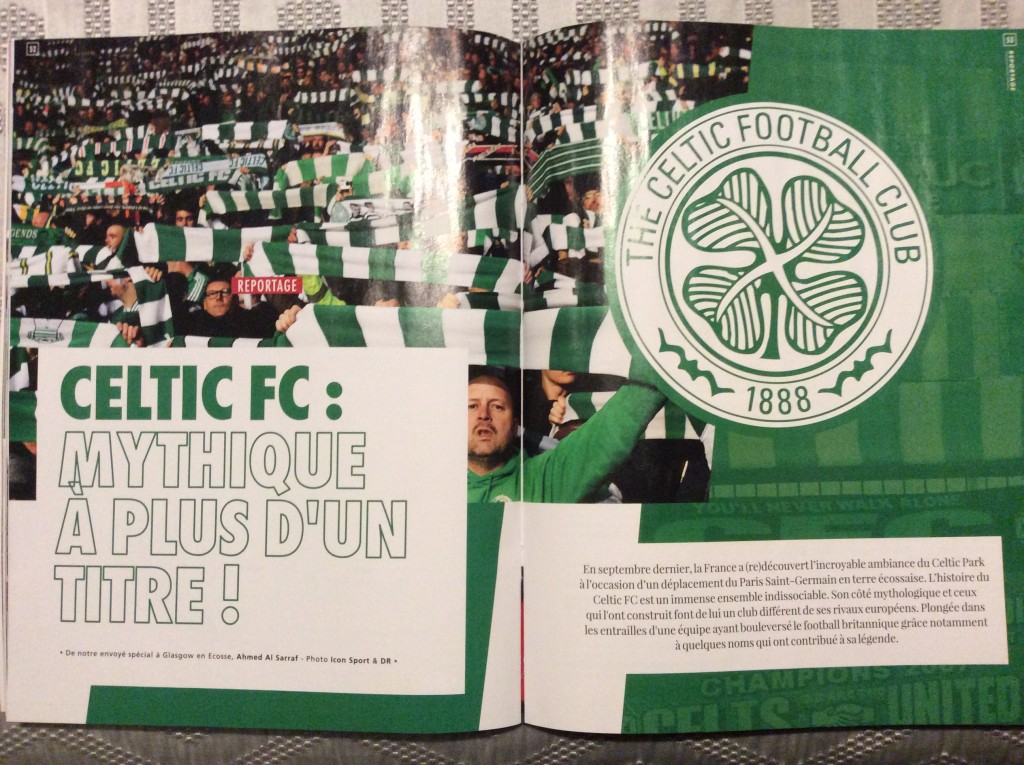 The piece appears to have been written before news of the FIFA 2017 Fan Award but is highly complimentary of the Celtic support and provides some welcome reassurance that the image of the club in France hasn’t been unduly tarnished by the mauling meted out by Neymar, Mbappé and company a couple of months ago.

The feature, written by Ahmed Al Sarraf, begins: “In September, France discovered once again the extraordinary atmosphere of Celtic Park when PSG travelled to Scotland. The story of Celtic is one single, immense collective experience. The romance and mythology surrounding the club and those who built it differentiate it from its European rivals.” 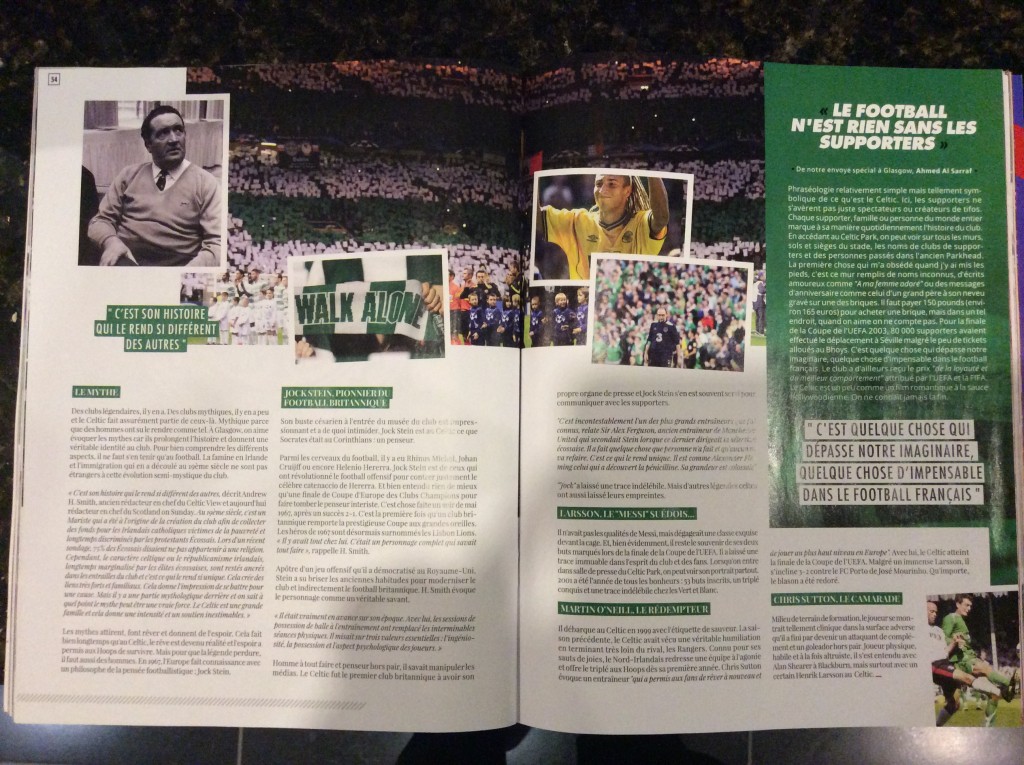 With some assistance from former Celtic View editor Andrew Smith, Sarraf goes on to explain the roots of the club (describing the famine in Ireland and the role played by Brother Walfrid in assisting those who came to Glasgow) and portrays some of the legendary names who have made Celtic what it is today.

Chief among these, of course, is Jock Stein, a man described by Sarraf as a “footballing philosopher”.

“Jock Stein was to Celtic what Socrates was to the Corinthians: a thinker” he writes. 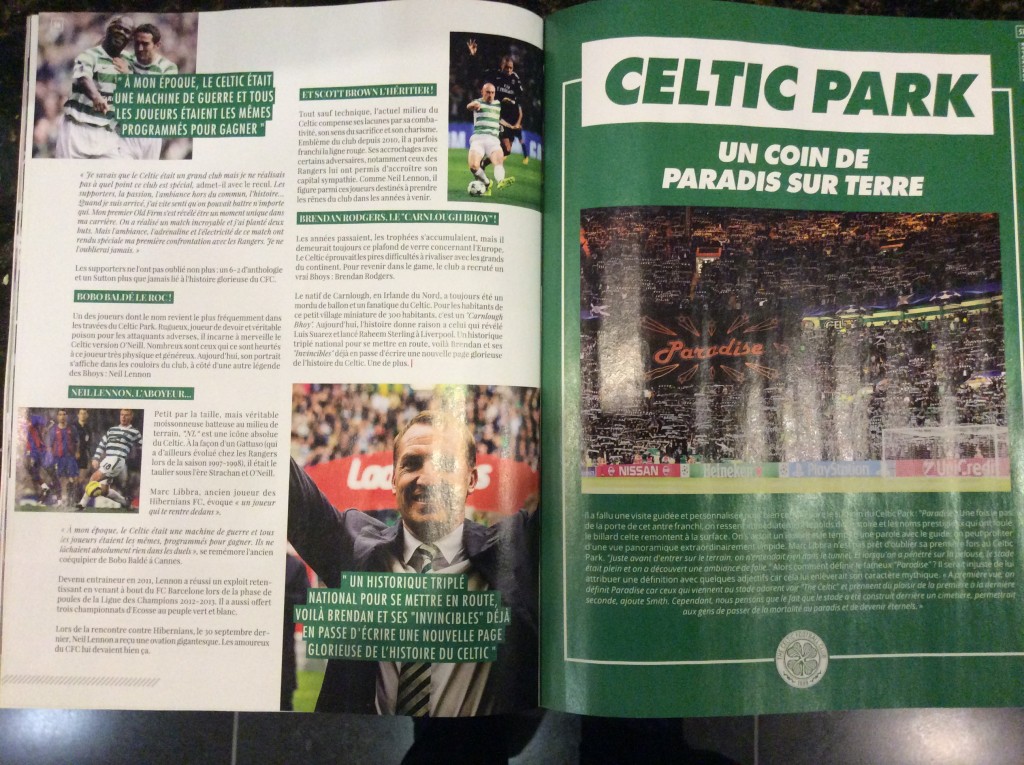 The king of kings receives due billing as “the Swedish Messi” and there are features on the likes of Martin O’Neill, Chris Sutton, Neil Lennon, Scott Brown, Brendan Rodgers and, somewhat eccentrically, Bobo Baldé.

But pride of place, in terms of words and pictures, goes to the Celtic fans: “Here, supporters are not simply spectators or ultras. For them, the club is a way of life. For the UEFA Cup Final in 2003, 80000 Celtic fans went to Seville despite the meagre ticket allocation. That’s something that is unimaginable and unthinkable in French football.”

“The story of Celtic is like a romantic film that never ends” he goes on to say. Indeed it is, and the latest chapter was written only last Saturday in Perth.