Celtic Quick News on News Now
You are at:Home»Latest News»CELTIC ACE AND THE MYSTERY OF THE MISSING TROPHY
By CQN Magazine on 15th July 2022 Latest News

GIORGOS GIAKOUMAKIS didn’t exactly hit the ground running in the first half of his debut season at Celtic.

The Greek international striker was a £2.5million arrival from Dutch minnows VVV-Venlo in August last year and managed to score just one goal – in the 2-0 win over St Johnstone on October 23 – before the turn of the year.

Giakoumakis also incurred the wrath of a section of the Hoops support when he squandered a last-gasp penalty-kick in the scoreless stalemate against Livingston in Glasgow a week later. 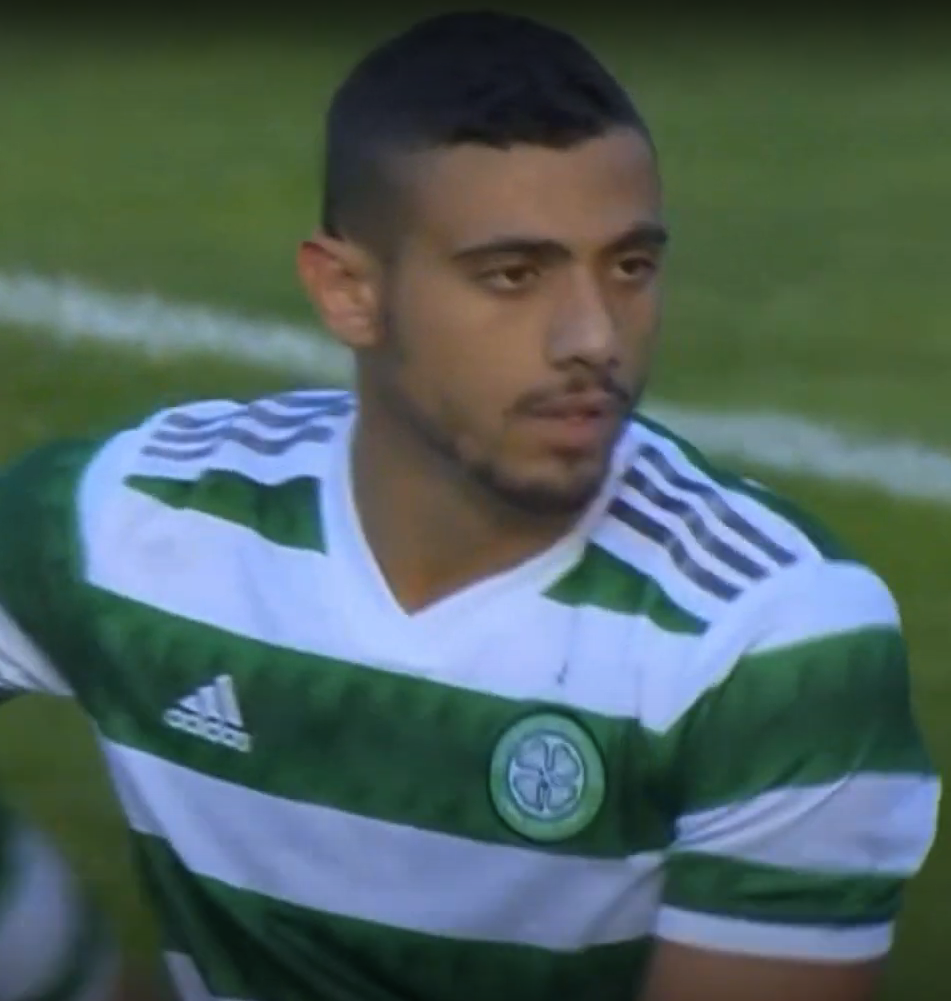 CZECH MATE…Giorgos Giakoumakis after scoring in Celtic’s 4-2 win over Banik Ostrava in midweek.

However, with main man Kyogo Furuhashi ruled out and sidelined for the first 17 games of the second period of the campaign, the powerful hitman answered his critics with a sequence of 16 strikes – including hat-tricks against Dundee and Ross County – to complete the term as the Premiership’s joint-top scorer alongside Regan Charles-Cook of the Dingwall outfit.

Giakoumakis now has a question of his own: “Where’s my trophy?”

The 27-year-old attack-leader is still waiting for his prize after his achievement just one year after completing the Eredivisie season as the top hot shot with 26 goals at his struggling club that was eventually relegated.

The frontman is determined to pick up where he left off last time out, but pointed out: “First of all, I’m still waiting for my trophy.

“Where’s my trophy? Maybe they lost it, I don’t know! We will see.” 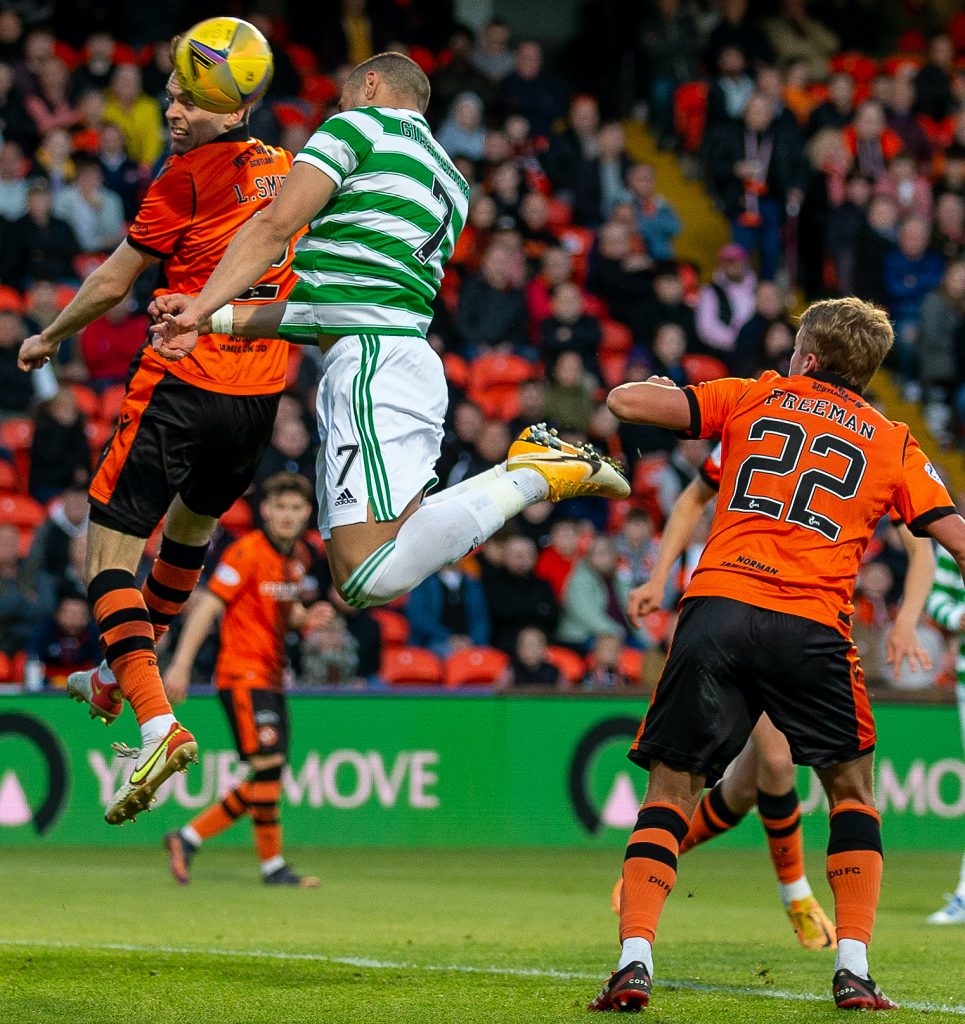 RISE AND SHINE…Giorgos Giakoumakis powers in a header for the opening goal in Celtic’s 1-1 draw with Dundee United at Tannadice in May that sealed the title triumph.

Giakoumakis smiled and commented: “It suits the strikers who have better chances to score.

“That’s one of my main targets this year – to score as many as possible. Why not be the top scorer in the league? Alone.”

Giakoumakis, speaking to the Daily Record, continued: “I will always try to make an impact whatever I play in. I try to change my level, I try to push myself, to improve myself a lot.

“The Champions League is something amazing, the best league that a player can play in within the European game. It makes me feel like we are at the top level.”

The marksman headed in the goal in the 1-1 draw with Dundee United at Tannadice on May 11 that sealed the club’s tenth title in 11 years and the first for Ange Postecoglou and the posse of recruits he brought to Glasgow over two transfer windows. 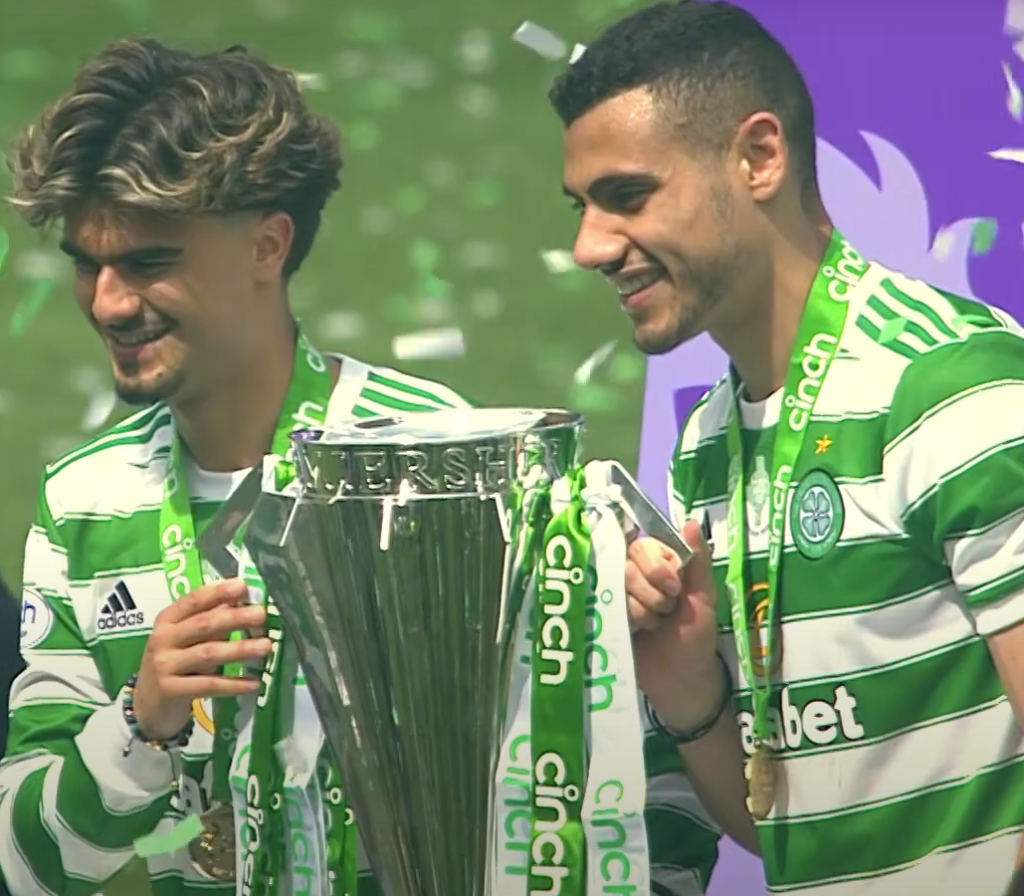 He added: “Last year, I struggled a lot at first. I had almost three pre-seasons, or four, I can’t remember. It was a season when I was struggling a lot, but I was fighting with my heart.

“You must have a good pre-season, a hard pre-season, in order to help you during the season that is coming. This year is going to be better. I try to improve and push a lot.

”We have a lot more to improve but we are improving day by day. I am happy because I scored, but it doesn’t matter for me if it’s a nice goal or not.

“I try to score as many as possible.”