Celtic Quick News on News Now
You are at:Home»Latest News»CELTIC AND KILMARNOCK: THE FACTS
By CQN Magazine on 23rd September 2018 Latest News

* CELTIC have lost just one of their last 18 games against Kilmarnock in the Premiership while winning 13 and drawing four. The loss came in February when Youssouf Mulumbu, who is now a Hoops player, netted the only goal at Rugby Park.

” BRENDAN RODGERS has seen his side fail to beat Killie in their last three league meetings, drawing two and losing one. It’s their longest ongoing winless streak against an opponent in the Premiership.

* SINCE going on a nine-game unbeaten run at home in the league between December 2017 and March 2018, winning eight and drawing one, the Ayrshire outfit have gone down in two of their last four at Rugby Park and could lose consecutive home league matches for the first time since last November. 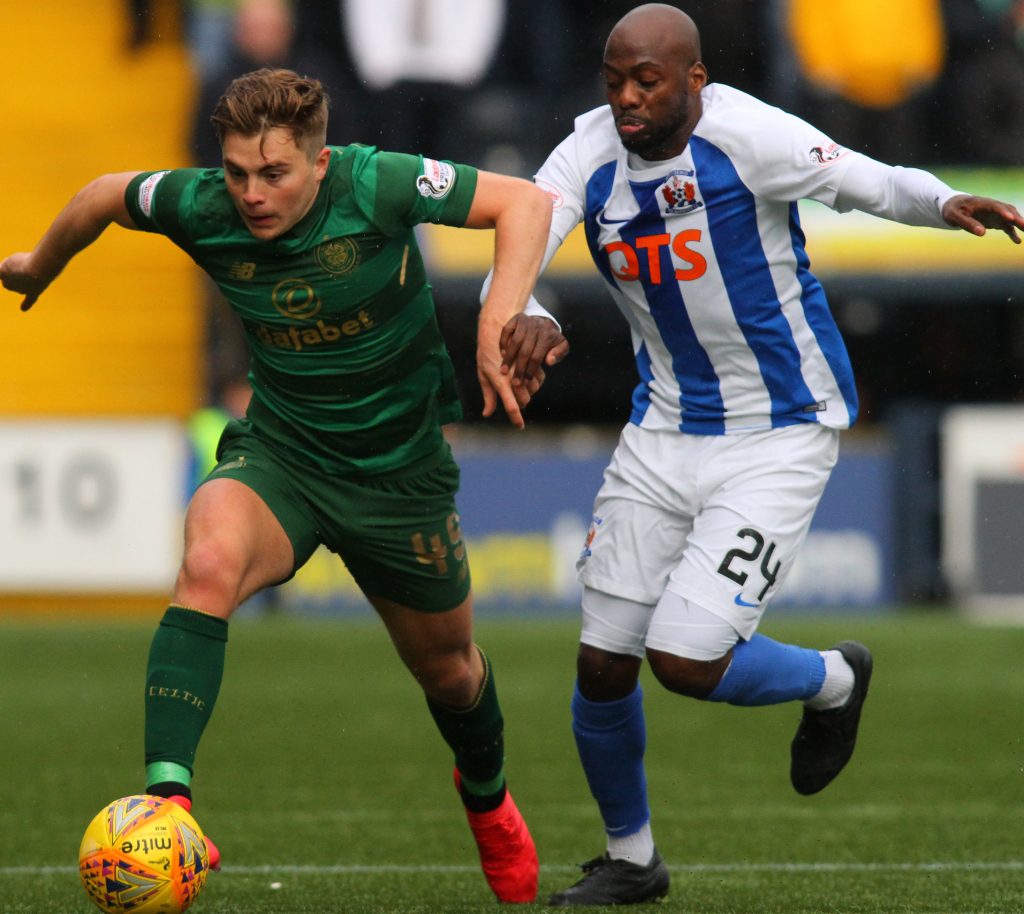 BEST OF ENEMIES…James Forrest and Youssouf  Mulumbu, now team-mates, in a race for the ball at Rugby Park in February where the Congolese midfielder scored the only goal. Pic: Geo.

* NO side have seen fewer goals in their Premiership matches in 2018-19 so far than the Hoops – seven for and two conceded.

* LEIGH GRIFFITHS has been directly involved in 15 Celtic goals in 15 league appearances against Killie, 10 goals and five assists.

* OLIVIER NTCHAM is suspended for the champions following his ordering-off in the previous league game against St Mirren, the goalless draw in Paisley a week ago on Friday. He was dismissed by referee Andrew Dallas in the first-half following two yellow cards.

* DON’T miss all the action from today’s big game at Rugby Park with the best match report in your champion CQN.