Celtic Quick News on News Now
You are at:Home»Latest News»‘CELTIC – AND NOT CASH – COME FIRST,’ BITTON
By CQN Magazine on 4th November 2015 Latest News
ISRAELI midfielder Nir Bitton has revealed he would never quit Celtic for cash because he has everything he wants at Celtic Park.

The elegant playmaker penned a new contract with the SPFL champions this week that takes him up to the summer of 2020.

And, while he could make significantly more in wages down south, Bitton insisted he is not interested in such a move because he would rather stay in Glasgow and actually win things, rather than settling for an average club in the Premier League.

Bitton said: “For a player, sometimes to win trophies and play for championships and a Champions League team is better than money. 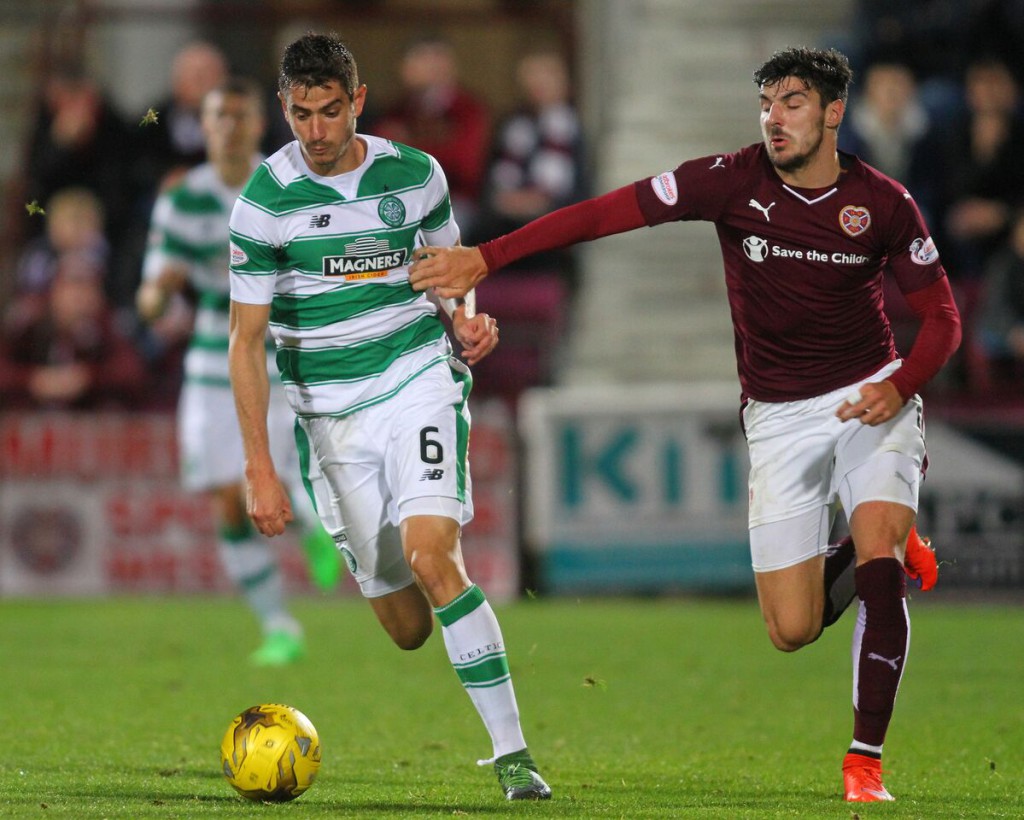 “At the end of the day you finish your career and look at your past and think, okay, I have done that and that.

“To win trophies and play in the Champions League with Celtic as a club for me, right now, is the most important thing.

“Money is important in life. But not right now. I am still young. I’m 24 years old and have plenty of years in front of me. Everything happens at the right time. The right thing now is to play for Celtic.

“I don’t think about leaving. If I wanted to leave I would not have signed a new contract. I want my future to be at Celtic.

“I appreciated that they offered me a five-year contract. It meant a lot to me and it means a lot to me to play for this club.

“In life, everything comes at the right time. Maybe there will be a right time to play at a higher level, not a bigger club because there is none bigger than Celtic, but, of course, everyone dreams about playing with the best players in the world.

“Right now, all I want to do is play for Celtic.”

Bitton added: “Sometimes it’s better to play in the Champions League or Europa League instead of, I don’t know, the bottom of the English Premier League or something.

“You need to think about everything. Sometimes players choose to go after the money. But the money is not the most important thing in life.

“Like I say, there are a lot of things in life that affect you. The reason I signed a new contract is that my wife Bar is happy here. A happy wife makes my life easier. If we are happy here why would we change?

“Maybe the time will be in three, four or five years to go, but, right now, I don’t think about it as the most important thing for me is to have success with Celtic, to build myself here and to make the fans proud.”

——————————–
Order your copy of Brendan Sweeney’s master-piece Celtic The Early Years direct from CQN, just click on the image below…