Celtic Quick News on News Now
You are at:Home»Latest News»CELTIC AND RB SALZBURG: THE FACTS
By CQN Magazine on 4th October 2018 Latest News

* CELTIC and RB Salzburg both got off to winning starts in Europa League Group B – the Hoops beating Rosenborg 1-0 with a Leigh Griffiths goal at Parkhead and the Austrians claiming a 3-2 victory over RB Leipzig in Germany.

*THE teams have been drawn together just once before – in the 2014/15 Europa League group stage. The first game in Salzburg ended 2-2, with the Austrian beating Ronny Deila’s team 3-1 in Glasgow.

* CELTIC are RB Salzburg’s only Scottish opposition, whereas the Parkhead outfit have come up against Austrian clubs on 10 occasions, winning only twice and never on Austrian soil, where their record is two draws and three losses.

* WHILE Celtic have won the Premiership title in seven successive season, tonight’s opponents have been victorious fives years in a row in their domestic championship.

* RB Salzburg entered this season’s Champions League in the third qualifying ound, but their interest ended when they surrendered a two-goal lead to lose out on away goals to Red Star in the play-offs (0-0 away, 2-2 home).

* LAST season RB Salzburg enjoyed the most successful of their seven seasons in the Europa League proper, winning their group then eliminating Real Sociedad, Borussia Dortmund and Lazio before losing after extra time in the semi-final to Marseille.

* THE Austrians are unbeaten in 13 European home games, winning nine. Their overall home record in the Europa League group stage is 13 wins, three draws and five losses. The last defeat came against Nice (0-1) on matchday three of the 2016/17 campaign.

* THIS is Celtic’s fifth season in the Europa League group stage. Three of their four previous campaigns have ended in elimination, the exception 2014/15, when they reached the round of 32. They also got to that stage of the competition last season after finishing third in their Champions League group, but lost 3-1 on aggregate to Zenit St Petersburg.

*THE Glasgow club have never won away from home in 12 Europa League group games – drawing eight and losing four – but they have scored in all but two of them, including each of the last eight.

* FLILIP BENKOVIC, on a season-long loan from Leicester City, and RB Salzburg’s Marin Pongračić are Croatian Under-21 international team-mates. Unfortunately, the Celt will miss this evening game through injury. 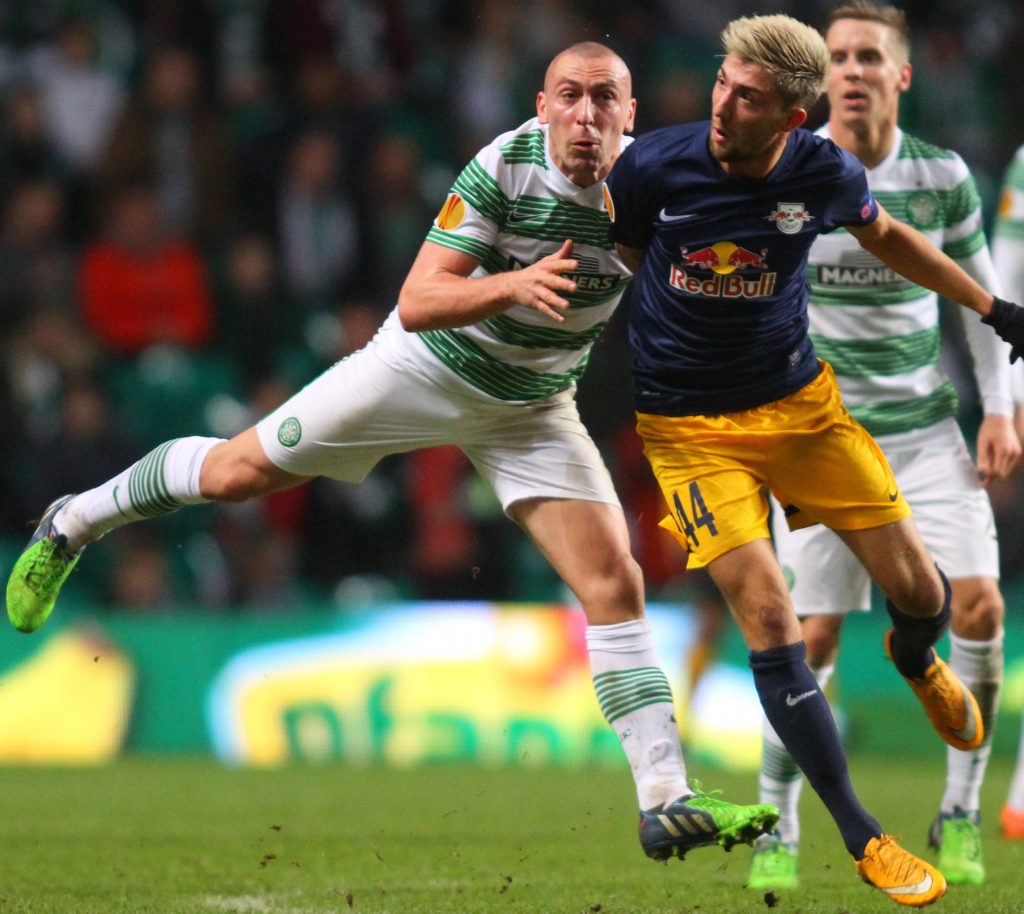 * RB Salzburg are competing in the Europa League proper for the eighth time – a record they share with Ajax and Sporting Club of Lisbon. The matchday one encounter at Leipzig was the Austrian club’s 43rd in the group stage – a competition record they now hold.

* THE Austrians require only one more goal to reach a century in the competition.

*DON’T miss the all the action in the unbeatable match report tonight – only in your champion CQN.