Celtic Quick News on News Now
You are at:Home»Latest News»CELTIC AND THE SELF-DESTRUCT BUTTON
By CQN Magazine on 7th March 2022 Latest News

EXACTLY a year ago, Celtic finally pushed the self-destruct button on their error-strewn quest for a historic tenth successive title.

The Parkhead outfit, after parting company with manager Neil Lennon only 12 days earlier following an inexcusable 1-0 loss to relegation-threatened Ross County at Dingwall, went into the encounter against Dundee United at Tannadice in the knowledge they needed to win to hold onto their crown – for the time being, at least.

However, a powderpuff, shot-shy performance saw the team finally reliquinsh their nine-year grip on the silverware.

The final shrill from referee Kevin Clancy’s whistle that afternoon at a ghost ground on Tayside signalled the conclusion on any remote hopes of a miraculous turnaround in a dismal campaign that had promised so much in the summer. 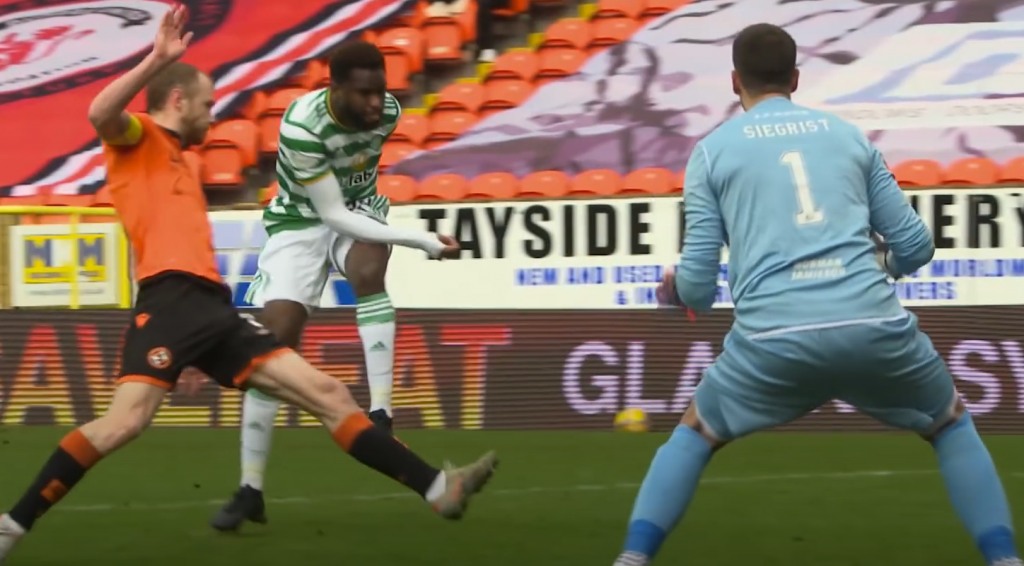 NO WAY THROUGH…Odsonne Edouuard fires past Dundee United defender Mark Reynolds, but straight at keeper Benjamin Siegrist in the goalless draw at Tannadice on March 7, 2021.

Celtic huffed and puffed against United and had 27 shorts at goal, but couldn’t squeeze a solitary effort behind Benjamin Siegrist to at least postpone the misery.

The Swiss keeper made a couple of good saves, but otherwise the finishing of the Hoops players could be filed in the lamentable category. The scoreless stalemate mirrored the story of the awful campaign that saw them limp in without a trophy for the first time in 11 years.

John Kennedy was in charge in an interim capacity the day a dream died on Tayside.

As the disappointed players trooped off the pitch, they realised their efforts had not been nearly good enough. At that stage, they were 20 points adrift of Steven Gerrard’s Ibrox team with only 18 left to play for.

Celtic were left to reflect on how much damage they had inflicted upon themselves. Championship aspirations were beginning to fade after a poor run of results in the autumn which was backed up by nine dropped points at the start of January amid the fall-out of their ill-fated trip to Dubai. 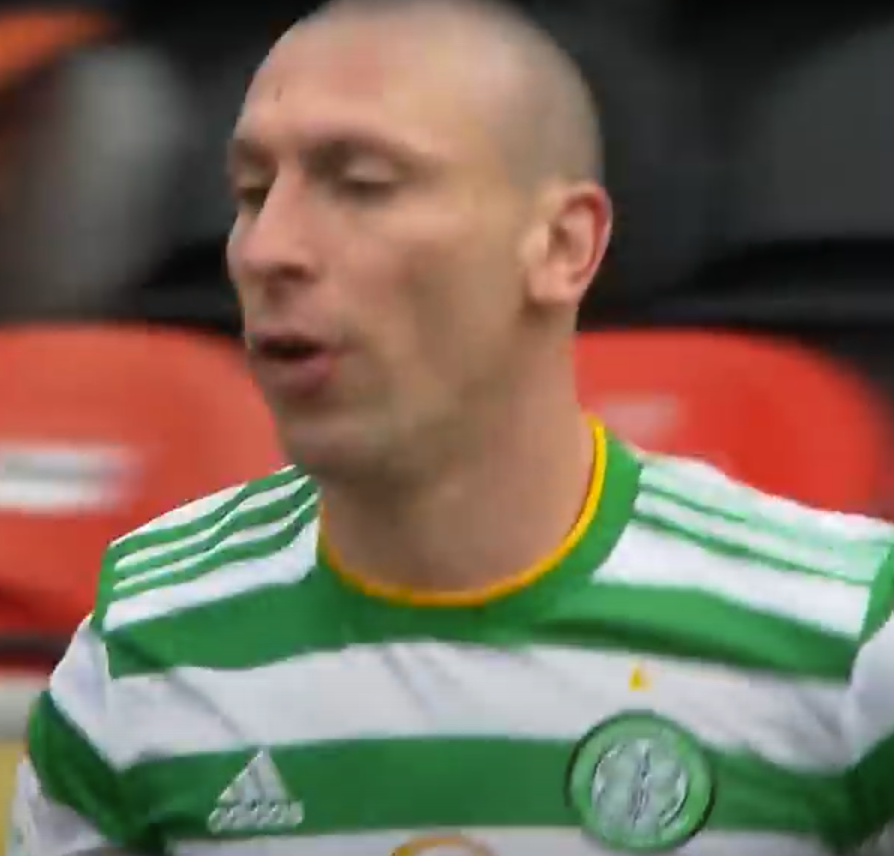 GRIM TIMES…Scott Brown on the day the bid for a historic tenth successive title was finally lost at Tannadice. 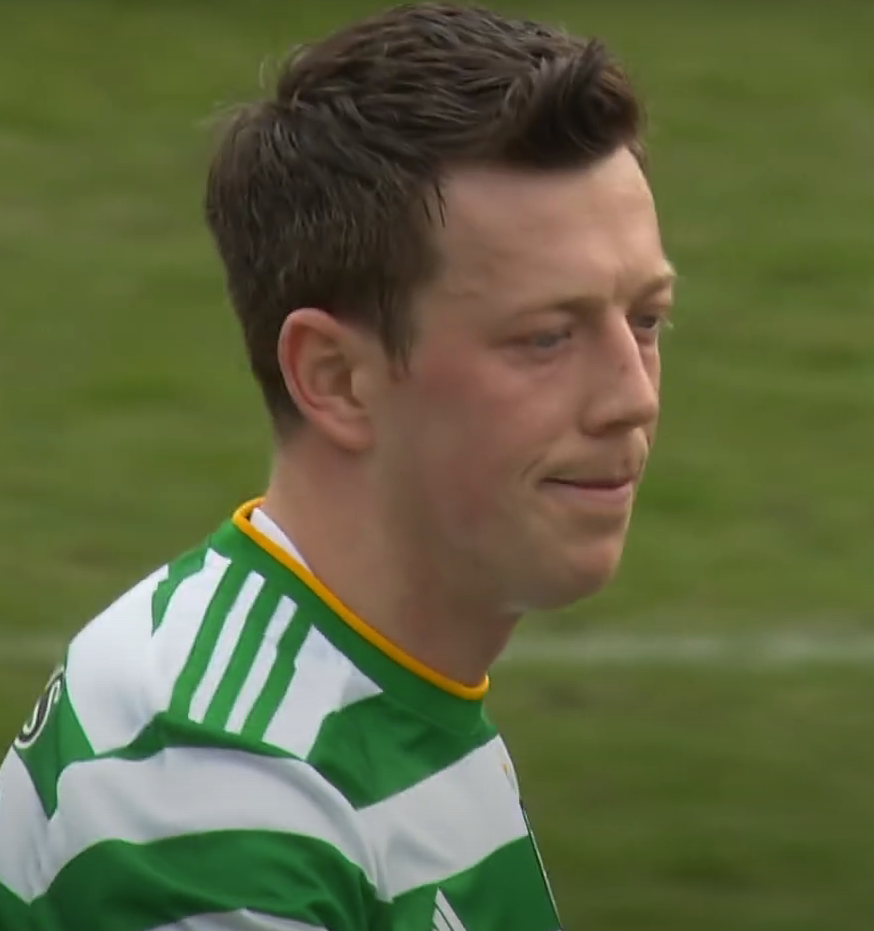 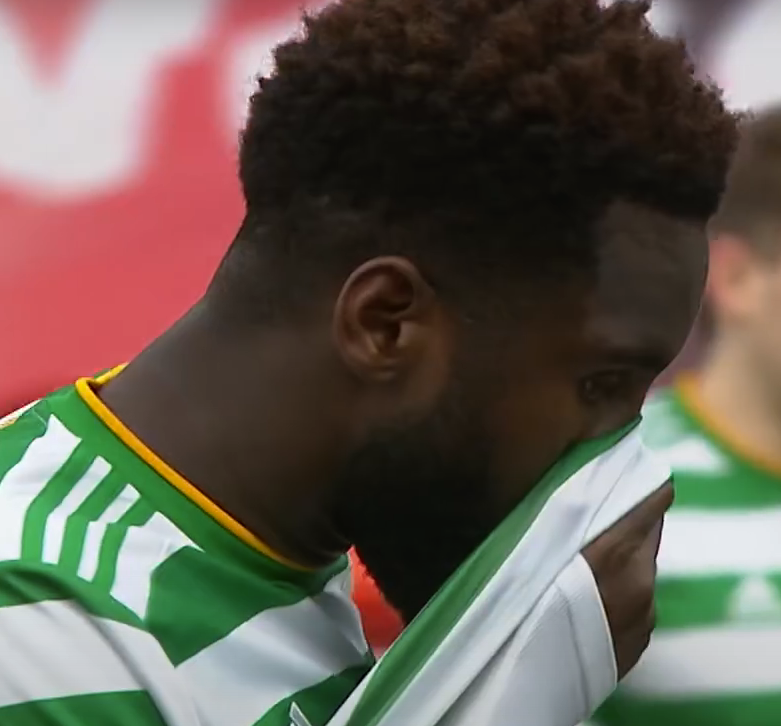 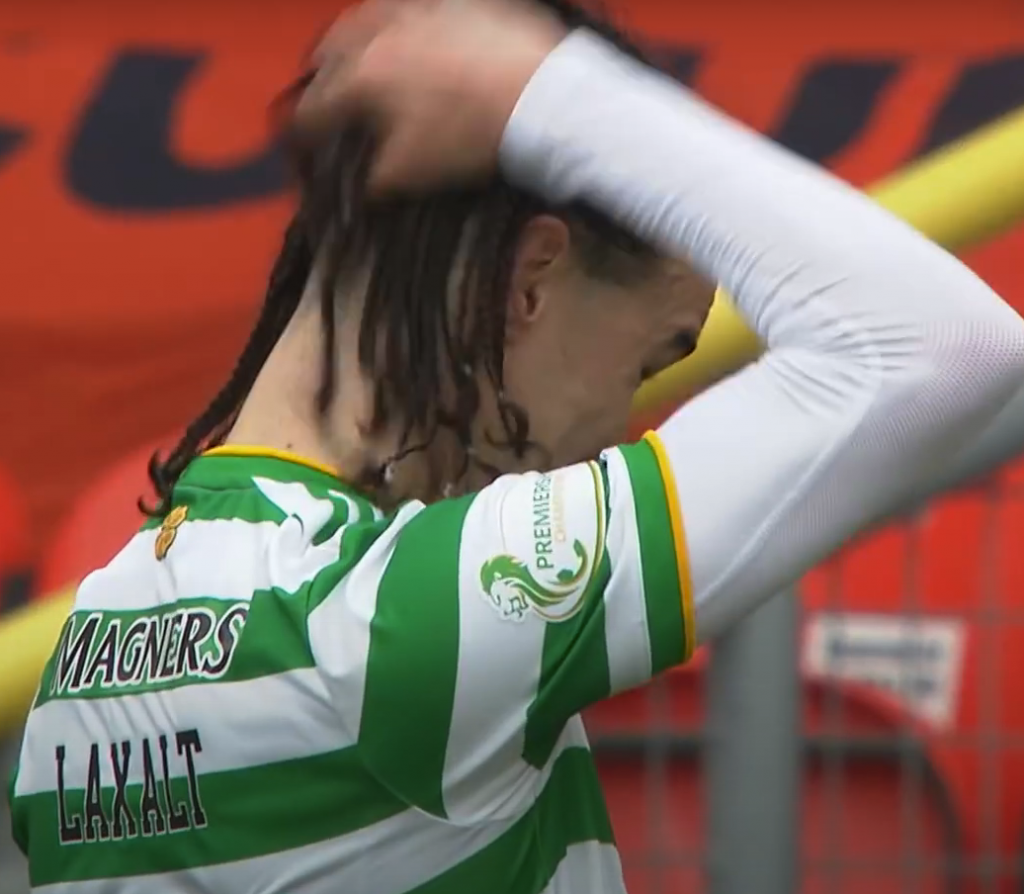 Alas, the chasm at the end of an inexplicable season of failure was 25 points. The long-held championship had been removed from the trophy cabinet in the midst of unfathommable mistakes. In truth, it had been a fairly spectacular fall from grace.

Lennon had paid a heavy price for failure. Peter Lawwell, the chief executive, had already announced his intention of stepping down after 18 years in charge while overseeing the achievement of 29 honours during his tenure.

A massive, unprecedented rebuild loomed on the horizon.

Loanees Jonjoe Kenny, Diego Laxalt and Mohamed Elyounoussi played at Tannadice, but after the last ball was kicked they headed back to their parent clubs as would unused substitute Shane Duffy. 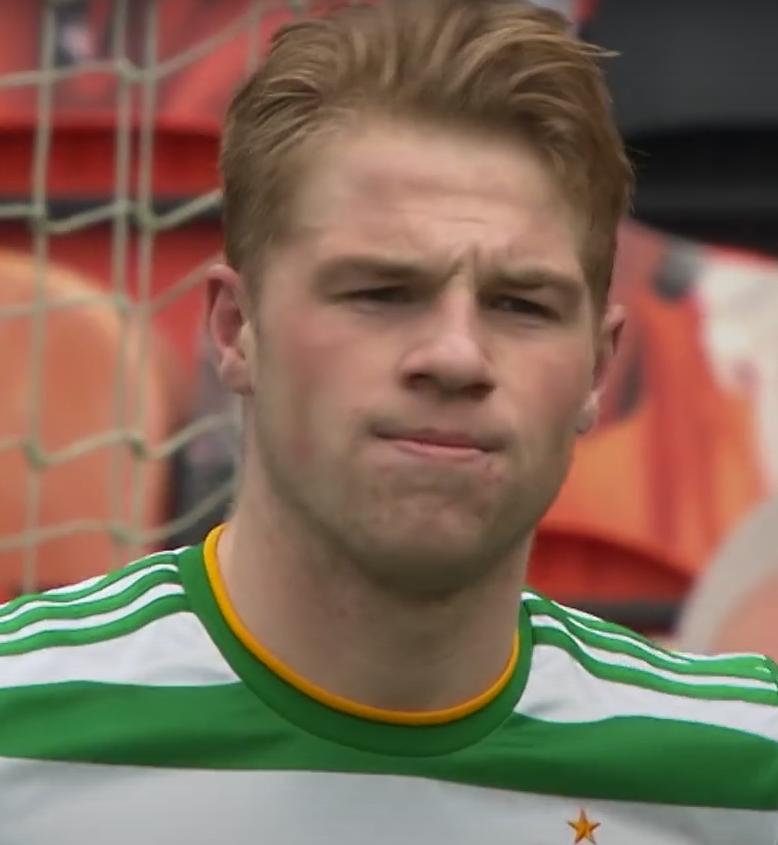 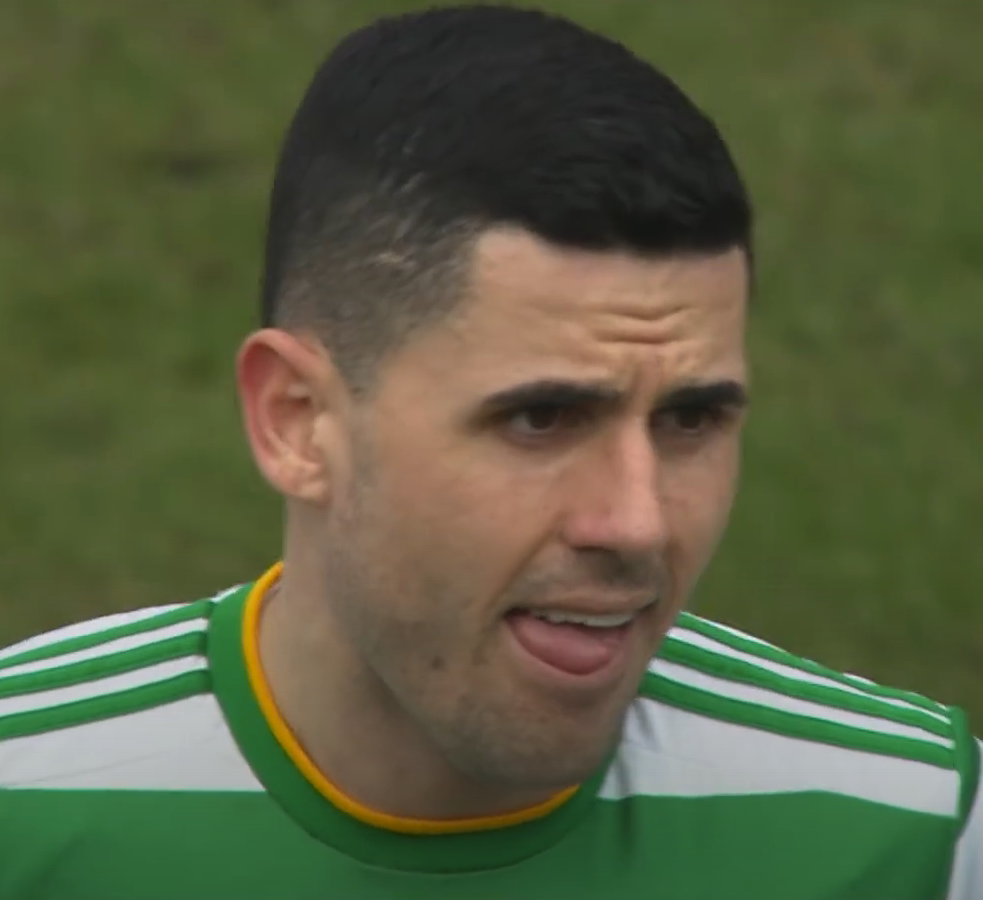 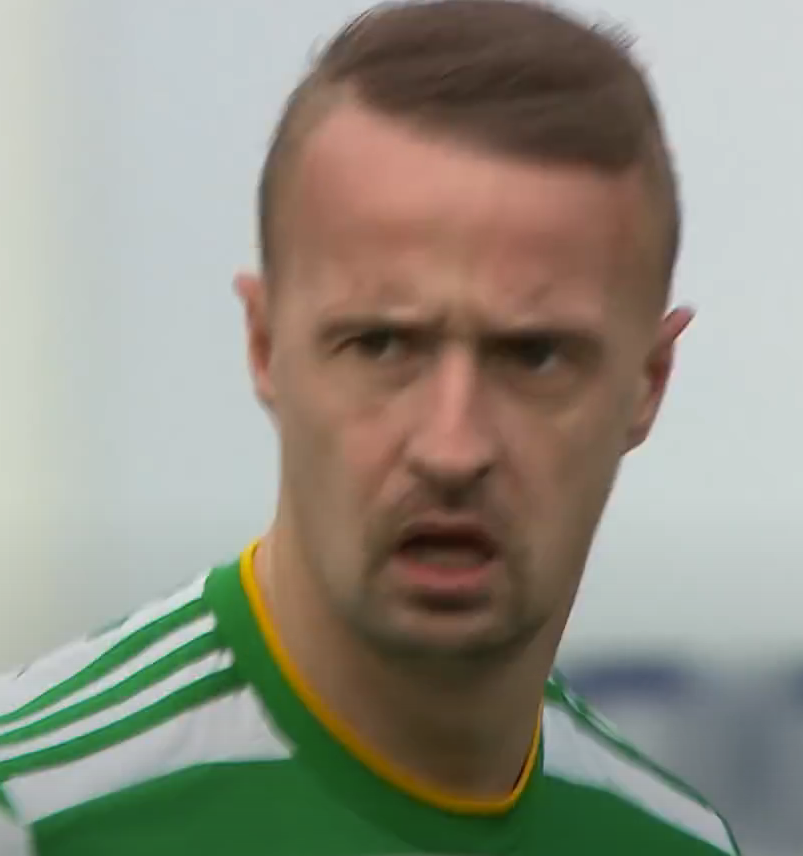 In the summer, influential skipper Scott Brown, Kristoffer Ajer, Ryan Christie and Odsonne Edouard left while Leigh Griffiths swiftly followed, initially on a temporary move to Dundee which became a permanent switch to League One Falkirk when his contract was scrapped in January.

Turmoil awaited the next man in the Parkhead dug-out.

Twelve months later, Celtic are leading the Premiership by three points with eight games to play. The Premier Sports League Cup has already been won following the 2-1 triumph over Hibs in a dramatic grand finale at Hampden on December 19. 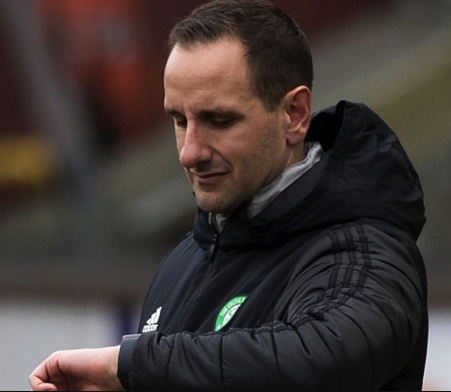 TANNADICE MARCH 7 2021…and it’s time up for caretaker boss John Kennedy at the end of the goalless draw. 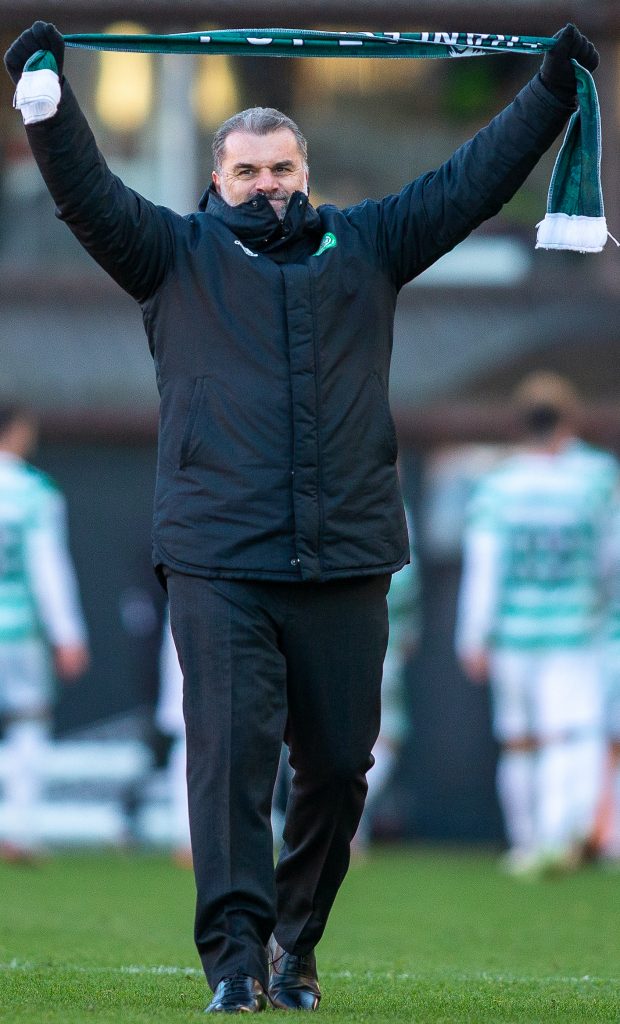 TANNADICE DECEMBER 5 2021…Ange Postecoglou proudly holds aloft a Celtic scarf as he acknowledges the fans after the 3-0 win.

Coincidentally, the team head back to Tayside for their Scottish Cup quarter-final confrontation against Dundee United a week tonight.

Postecoglou, who marked his 50th game in charge with a crucial 3-1 victory over Livingston in West Lothian yesterday, has already enjoyed a win at the venue when goals from Tom Rogic, David Turnbull and Liam Scales ensured a 3-0 triumph and three points on December 5.

In such a short space of time, the 56-year-old Greek-Australian has completely turned the club around. The black clouds of March 2021 have been replaced by blue skies of genuine optimism of March 2022.

What a difference a year can make.