LIONEL MESSI is hoping to make the Celtic defence work overtime when Barcelona provide the glamorous opposition in the International Champions Cup at the Aviva Stadium, in Dublin, tomorrow night.

And the little Argentinian superstar reckons it will help the Hoops get in shape for Wednesday’s crucial Champions League second leg qualifier against Astana with the tie balanced at 1-1 after the midweek meeting in Kazakhstan. 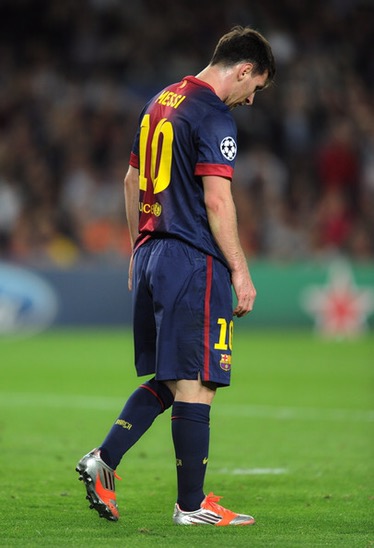 Messi said: “Celtic have much more important games than this coming up with the Champions League qualifiers, but this can help them prepare.

“We have had some games against Celtic that I will always remember, and they are a big club, with big fans. I would like to see them qualify this year – it is where they belong.

“It is always a good atmosphere against Celtic. For the players at Barcelona who experienced the games in Europe against them, they will know what to expect from their fans.

“This is only a friendly, but I don’t think their fans know what a friendly is. There are a lot of Celtic fans in Ireland and I expect them to make a lot of noise and create another special atmosphere.”

“The Champions League is always a big competition for Barcelona. It is a special trophy and one that I would like to win many more times.

“It is never easy and this year will be no different. The big teams in Europe have all improved, but we are confident in our squad and confident about the season ahead.”