CELTIC are bracing themselves for a massive bid for Odsonne Edouard in the January transfer window.

Napoli coach Carlo Ancelotti is poised to test the champions’ resolve with an offer in the region of £30million for the French striker, according to a report in the Daily Mail.

Edouard, the Hoops’ record signing from Paris Saint-Germain at £10million last summer following a successful season-long loan, put himself in the spotlight during the international break when he made his debut for his nation’s Under-21 side and scored four goals against Albania and the Czech Republic.

The elegant 21-year-old frontman has already claimed six strikes for the Parkhead men, including the opener at Ibrox in the 2-0 victory at the start of the month.

Former Celtic hero Chris Sutton has already told the fans to enjoy Edouard while they can before he joins his compatriot Moussa Dembele’s big-money exit from Scotland title kings, as CQN reported at the weekend. 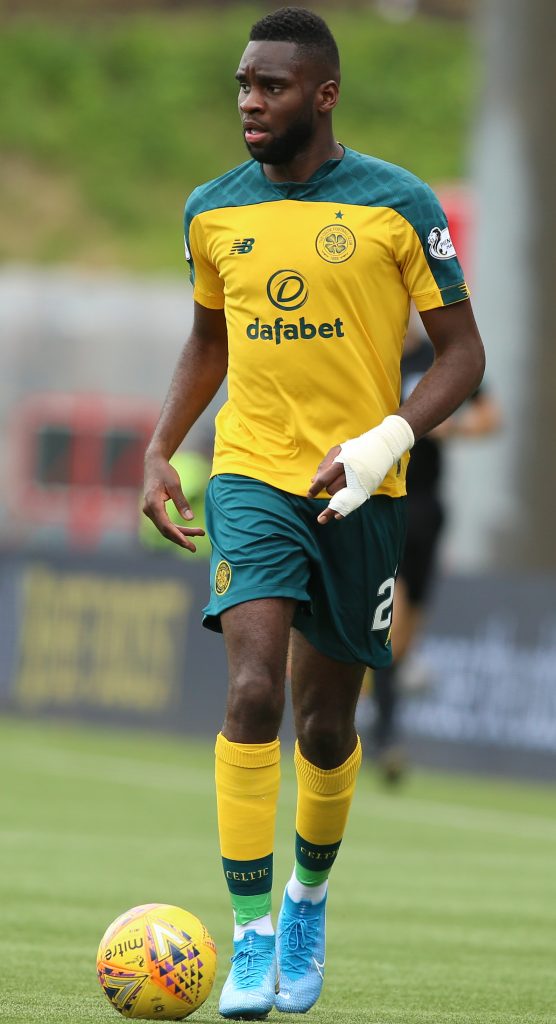 THE AMBLING IDOL…Odsonne Edouard on the ball against Hamilton Accies.

Ancelotti, who was also linked with Kieran Tierney before the left-back’s £25million switch to Arsenal last month, is prepared to pay big money for the attacker who netted 11 goals in 29 appearances during his initial period in the east end of Glasgow and followed that up with 23 goals last season, including the double in the 2-1 Scottish Cup Final success over Hearts on May 25 that sealed the historic treble treble.

The former Real Madrid and Chelsea boss will have the ideal opportunity to spy on Edouard when he plays against Lazio in the Europa League group stages before the turn of the year.

The Serie A giants are likely to make their move in the next transfer window, but the Hoops hierarchy would prefer to hold onto their hottest property while they bid for their ninth successive title.

Edouard’s goalscoring prowess would undoubtedly prove crucial to the side’s hopes of emulating Jock Stein’s great team of 1966/74 that broke all records at home and abroad.