They could have sung ‘Why Don’t You Stay Just a Little Bit Longer,’ to the winger.

Roberts, who contractually has to return to Manchester City, after another 180 minutes of football to be played in Glasgow over the next eight days, had his best game yet in a Celtic jersey last night.

Before kick-off as the sun was streaming in onto the gloriously retro, colourful and noisy Celtic support, as the players warmed up on a really nice pitch, Thistle, we knew were set for a thrashing. It was a perfect night for this Celtic team to put on a show. 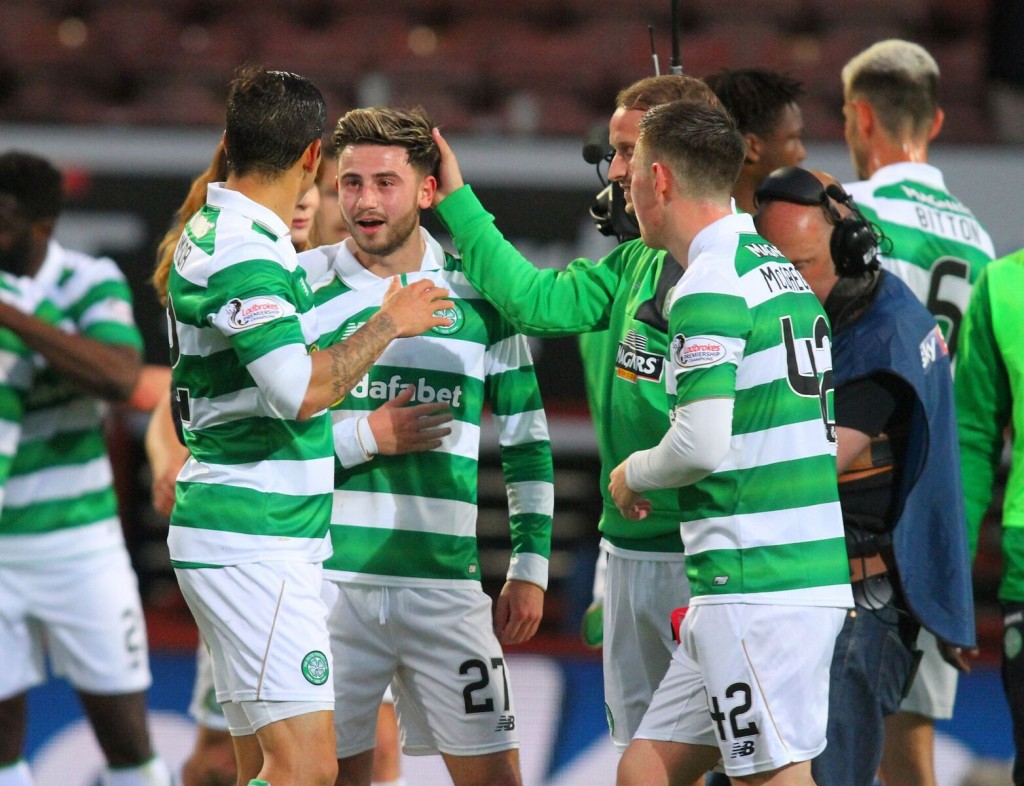 James Forrest, back in the team after his form had dipped a little, looked in the mood down the left hand side and he had a really good game as did the two full-backs, unsung hero Callum McGregor – surely a certainly for an international call-up for the England game, and Boyata who oozing quality at the heart of the defence.

Craig Gordon didn’t have an off night but he certainly could have had the night off. If only we could have given him a sun lounger and a copy of In The Heat of Lisbon, the big man could have relaxed even more than he did. If this continues form he will have to but a ticket to spectate like the rest of us.

But one player shone brighter than the rest last night.

“He’s a top, top talent,” Brendan Rodgers said afterwards. “You can see him benefiting from playing within a structure, and the idea of how we play will be very similar when he goes back to Man City.

“Over the course of this season, first and foremost, he has learned how to press the ball, to be in the right positions and be intense and aggressive when he doesn’t have it. 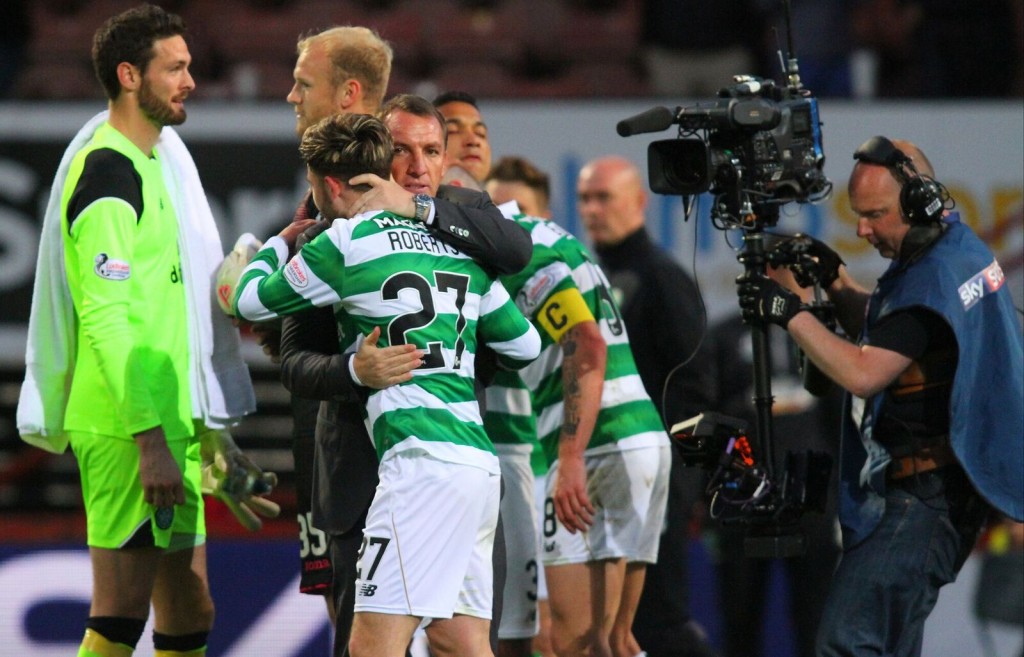 “That element of his game has improved, and the rest is about positioning and where to be on the field, and that last third of the pitch, the incisive phase, is about his magic.

“He scored two goals tonight and created the penalty,” said the Celtic gaffer.

“He is a brilliant young player and there still a lot of education and training required for him. But, from having worked with big talents, such as Sterling and Coutinho, he certainly has all of the qualities.

“It’s just going to depend how many will be in front of him and how many Man City will be looking to bring in. He’s a joy to work with and he’s a great kid.”

Roberts is the number one signing target this summer. Celtic know what the player offers to the team and they also know that he will deliver – so the risk in spending big is reduced considerably. Virgil van Dijk’s probable move to Chelsea will give Celtic a sizable percentage of the fee they are likely to have to pay to Manchester City for Paddy.

The player, we believe, wants to play for Celtic. Player power counts for a great deal in today’s game.

Roberts will not really fancy the Manchester City Development team, as good as it is, or making a few starts in the League Cup as City rest regulars.

There is a shirt at Celtic that Roberts hasn’t worn yet and it was made for him.

GET YOUR JOCK STEIN LISBON 1967 T-SHIRT FOR THE CUP FINAL – WE WILL POST TODAY!