CELTIC face a summer of upheaval with an ENTIRE team on the brink of leaving the club.

And there could be others, such a Scotland international keeper Craig Gordon, joining the Parkhead exodus.

Here CQN take a looka at the list of players who are likely to be on the move.

The 28-year-old Belgian World Cup central defender will walk at the end of his contract in June.

He has knocked back a succession of extension offers and was unhappy when the Hoops rejected a £9million bid from Fulham in the summer.

Ronny Deila brought him to the club from Manchester City in a £1.5million switch in July 2015.

The midfielder, 27, has hardly figured under Brendan Rodgers and agreed a pre-contract with Hibs last month.

He had loan spells at Dundee and the Easter Road club last summer, but hasn’t made a single first team appearance in this campaign.

Allan was another Deila signings at the cost of £300,000 from Hibs in August 2015. He is now looking forward to his third spell with the Leith outfit.

The 32-year-old Swedish international right-back has lost his first team place in recent games to loan signing Jeremy Toljan and is heading for the exit when his contract expires in the summer.

He was brought to the club by Neil Lennon from Rosenborg in January 2012 and has won 14 honours in his time in Glasgow.

AIK Stockholm and Malmo are monitoring his situation.

The Costa Rican right-back arrived in a £1.2million deal from West Brom in August 2016 and had a disastrous debut in the team’s 7-0 Champions League qualifier against Barcelona in the Nou Camp Stadium two weeks later.

Gamboa, 29, played in the 3-1 victory over Rosenborg in the Champions League qualifier at Parkhead in July and kept the position for the 3-1 win over Partick Thistle in the Betfred League Cup at Firhill three days later.

He has made only four more first team starts and will be out of contract in June and likely to be on his way.

The 32-year-old Honduran left-back was brought back to Parkhead in the summer after a one-year exile in Saudi Arabia following his initial seven years at the club.

He returned as experienced cover for Kieran Tierney and played 10 successive games while the Scotland international was sidelined with a persistent hip problem.

Time will be called on his Hoops adventure when his deal expires.

The Dutch keeper is another who will be out of contract at the end of the campaign and will be on his way.

The 38-year-old shotstopper was signed by Brendan Rodgers from Nottingham Forest for £400,000 on August 13 2016 and made his debut in the   4-1 win over Aberdeen a fortnight later,

He also played in the 5-1 triumph over Rangers in his next outing, but has rarely been seen over the past two seasons and has been working on his coaching badges in Wales. 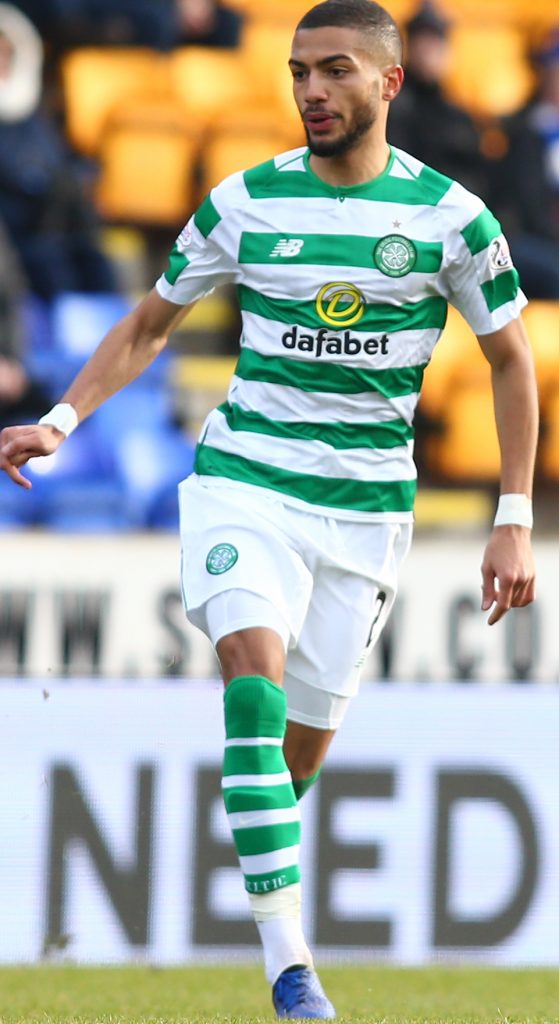 The German right-back joined on loan from Borussia Dortmund last month and will return to the Bundesliga outfit at the end of the campaign.

He made his debut as a second-half substitute for Lustig in the 2-0 league win over St Johnstone in Perth at the start of the month and kept the position for the following six matches.

Toljan was sent off last week in Valencia as the Hoops exited the Europa League 3-0 on aggregate.

The Croatian Under-21 international centre-back hasn’t played since being injured in the 3-0 win over Hamilton Accies on January 26.

The classy back-four performer cost Leicester City £13million last summer when they signed him from Dinamo Zagreb and he is heading back to the Midlands outfit in the summer.

Former Hoops boss Davie Hay has already stated the club should let him return to the Foxes now instead of waiting for the temporary transfer to run down. 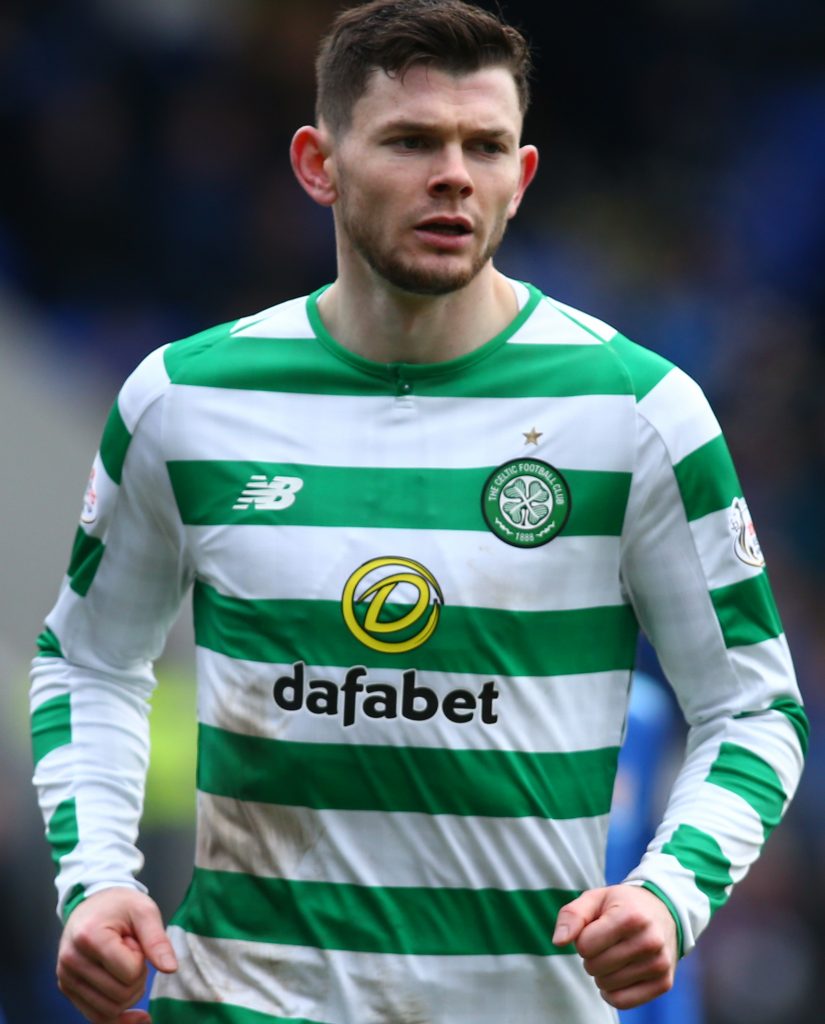 The 21-year-old Scotland international has hit the ground running since his loan arrival from West Brom last month.

Burke, who has totalled almost £30million in transfer fees in his moves from Nottingham Forest, RB Leipzig and the Championship outfit, netted in the 4-1 success over Motherwell on Sunday – his fourth for the Hoops.

The Hawthorns side have already told Celtic there is no chance of the move becoming permanent at the end of the season. 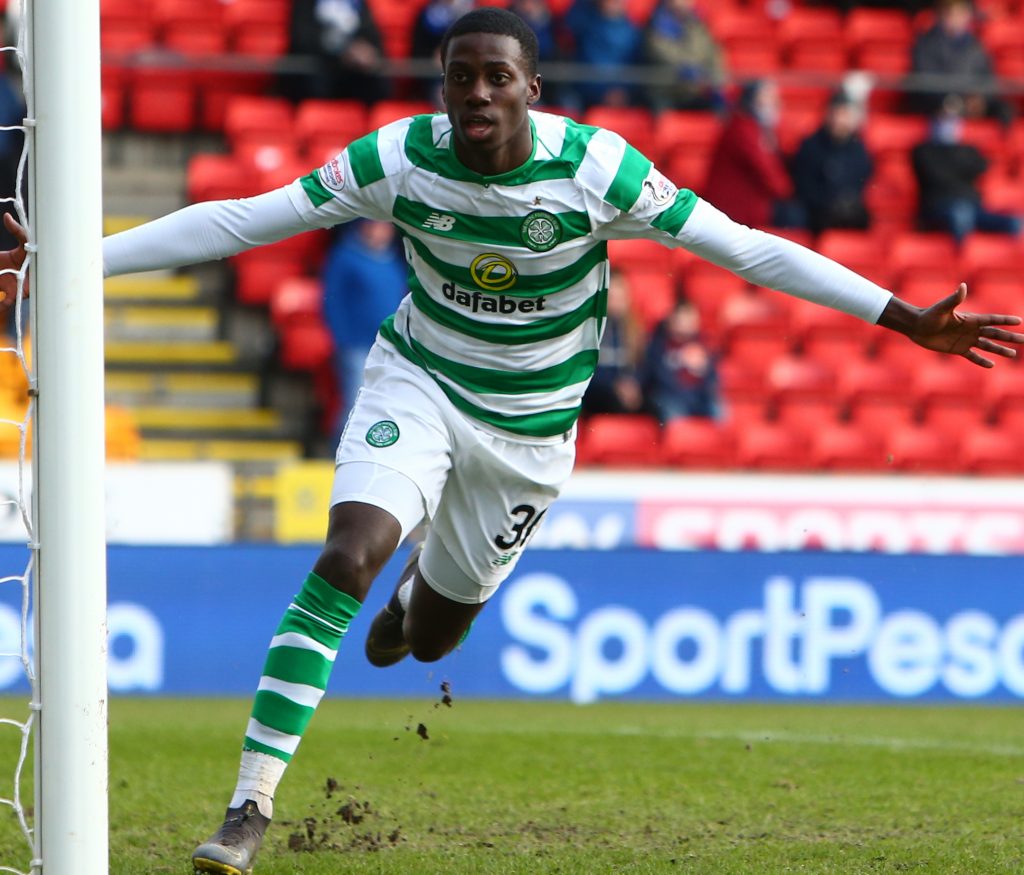 The American teenager became an instant favourite with the Hoops support when he scored on his debut as a second-half substitute in the 3-0 Scottish Cup win over Airdrie.

Weah has looked exciting in his brief outings, but he was overlooked in the recent games against Valencia and Motherwell when he has remained on the subs’ bench.

The 18-year-old forward is due to return to parent club Paris Saint-Germain in June.

Undoubtedly, one of the worst signings in Celtic’s history and the 33-year-old centre-half has made only one appearance since his £1.3million arrival from RB Leipzig in January last year.

Compper has not even figured in a full game after starting against Morton in Celtic’s 3-0 Scottish Cup win on March 3. Callum McGregor replaced him before the end.

The Hoops bosses will have to come to a deal to get him off the wages as he still has 18 months to run on his current contract.

The keeper, virtually an ever-present in Rodgers’ first two years at the club, has not played a solitary game in 2019 with Scott Bain taking over the No.1 position.

Gordon, 36, has a year-and-a-half left on his deal, but might look for first team football elsewhere if he doesn’t see a future at the champions.