CELTIC have condemned “vile” online abuse aimed at Nir Bitton following the loss at Ibrox a week ago.

The Israel international has been the target of unacceptable comments including anti-Semitic slurs on social media.

Bitton, who had stepped into the central defence in place of the injured Christopher Jullien, was red-carded for a wayward challenge on Alfredo Morelos in the 62nd minute in an encounter where the champions had dominated until that flashpoint moment.

Callum McGregor unluckily deflected a right-wing corner-kick in his own net eight minutes later for the game’s only goal as the champions fell 19 points adrift of Steven Gerrard’s outfit.

The ordering-off was clearly the turning point in what many observers rated as a must-win confrontation for the nine-in-a-row champions in their bid for another championship.

A club statement read: “Since its formation in 1888, Celtic has been a club open to all people, with a renowned tradition and ethos of openness and diversity. 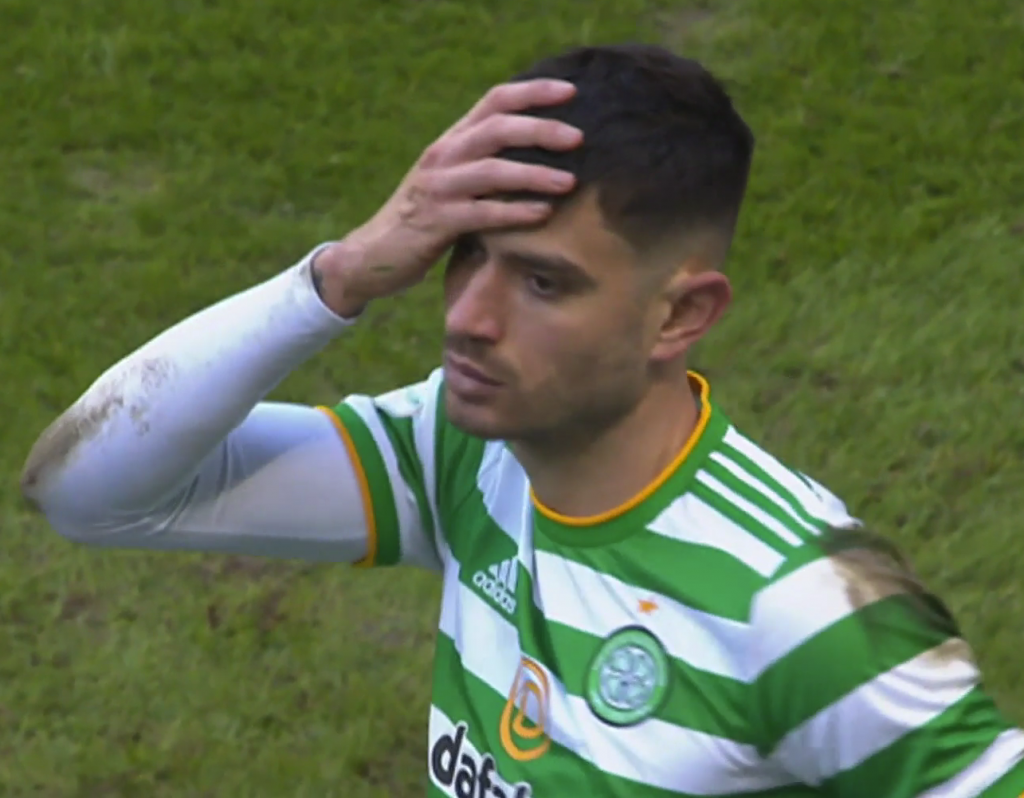 SEEING RED…Nir Bitton holds his head in despair at his dismissal.

“Celtic has forwarded this vile content to the police and considers that everything should be done to identify those responsible and that all appropriate action should be taken. Nir Bitton and his family have our full support.

“We do not believe that it is appropriate to comment further at this stage in connection with this matter.

“Let us be very clear, those responsible for such vile comments do not represent Celtic or Celtic supporters. They are faceless and nameless.

“For certain people to suggest that such comments represent the views of Celtic Football Club is hugely offensive and a disgraceful accusation we take extremely seriously. Nothing could be further from the truth.

“Celtic has always stood firmly against bigotry and racism in all its forms and it is hugely unfair to hold Celtic responsible for the conduct of whoever this may be.

“Social media unfortunately has become a vehicle for some of the worst behaviours, indeed, sadly, our own club, staff and supporters are often the subject of bigotry and racial abuse.

“All content of this kind must be challenged and condemned.”