CELTIC have confirmed the exit of Jack Hendry who will join Belgian side KV Oostende on a permanent basis.

The 25-year old centre-back spent last season on loan at the Belgian club with the option to sell around the £1.75million mark.

Hendry, who played in Scotland’s opening Euro Finals 2-0 loss to Czech Republic earlier this month, impressed during his spell at Oostende and also attracted the attention of Bundesliga clubs. 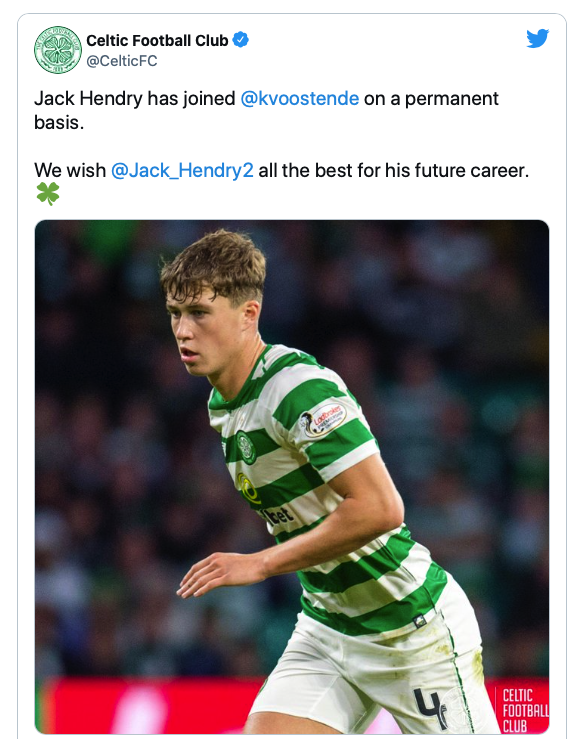 The versatile back-four operator who can also play at right-back, was brought to Parkhead from Dundee in a £1.2million switch by Brendan Rodgers in January 2018, failed to impress at the Hoops.

He was used sparingly by Rodgers and his successor Neil Lennon.

Hendry also had a loan at Melbourne City cut short when he suffered a knee injury in only his second game.

The stopper had 12 months left on his Hoops contract, but it was clear he had no future in Glasgow – even with the club sruggling for central defenders last season. Shane Duffy was brought in on loan from Brighton while Israeli doubtle-act Nir Bitton and Hatem Abd Elhamed were also pressed into service in the middle of the rearguard.