Celtic Quick News on News Now
You are at:Home»Football Matters»‘CELTIC COULD GO THROUGH SEASON UNBEATEN,’ McGHEE
By CQN Magazine on 20th February 2017 Football Matters
CELTIC have won 30 of their 31 domestic games with the only blip the rather unfortunate 2-2 draw in Inverness when Caley Thistle snatched a stoppage-time equaliser back in September. Celtic could have scored ten that afternoon in the Highlands in a match that they dominated.
Since that day in the Highland capital, the champions, looking for their sixth successive crown, have embarked on a remarkable 25-game winning sequence against Scottish opposition.
And Mark McGhee, who saw his Motherwell team lose 2-0 at Parkhead at the weekend, believes Brendan Rodgers’ side could complete the campaign undefeated. 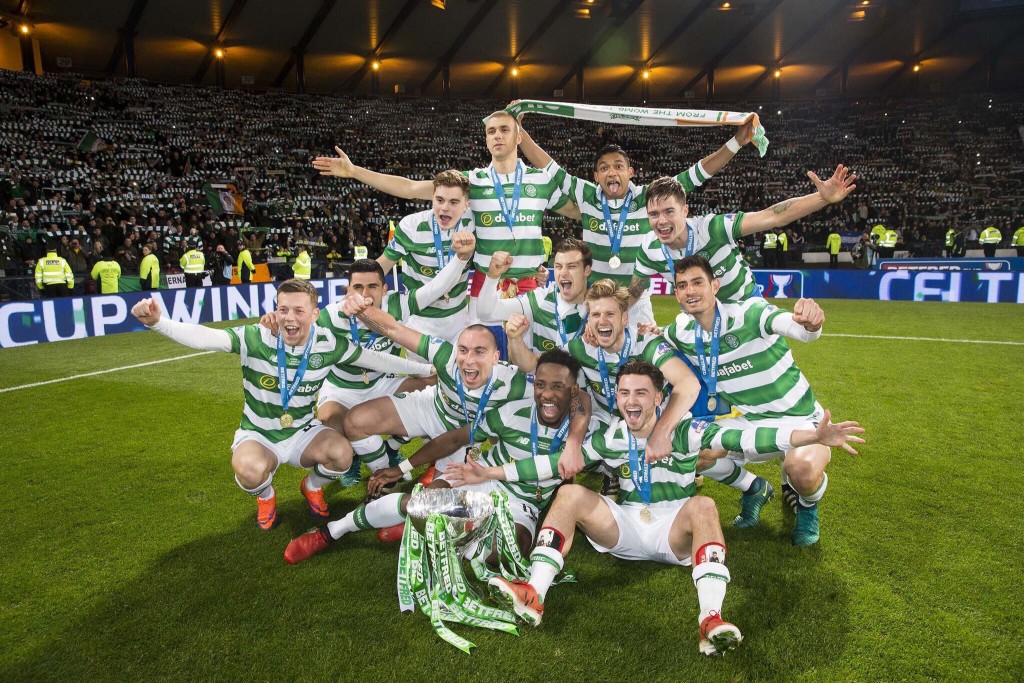 The Fir Park gaffer can only see Aberdeen, currently 24 points adrift at the top of the division, possibly upsetting the Hoops.
Sevco Rangers, 30 points behind after their sixth defeat in the league campaign at Dundee yesterday, don’t rate a mention.
McGhee said: “I could see Celtic go through the season without losing.
“Although if Aberdeen can play as well as they did against us the other night, then they’ll give them a good game.

“One thing that was possibly not said after we played them was how good they were.

“There was a lot of other stuff went on that detracted from their performance, but I thought they were brilliant – as good as I’ve seen them in a long time.

“So, if they play as well as they did against us then who knows?”

The Hoops have 13 Premiership games and potentially three in the Scottish Cup to negotiate if they are to seal the domestic clean sweep for only the fourth time in the club’s 129-year history.
Rodgers would then join Jock Stein, who managed the feat twice, and fellow-Irishman Martin O’Neill in the Parkhead Hall of Fame.