The ballot will be made at Pittodrie, immediately after Aberdeen’s match against Raith Rovers, which will kick off at 3pm.

Ange Postecoglou picked up his first piece of silverware as Hoops boss in the competition six days before Christmas when Kyogo Furuhashi fired in a second-half double to dump Hibs 2-1 in a rollicking encounter at Hampden. 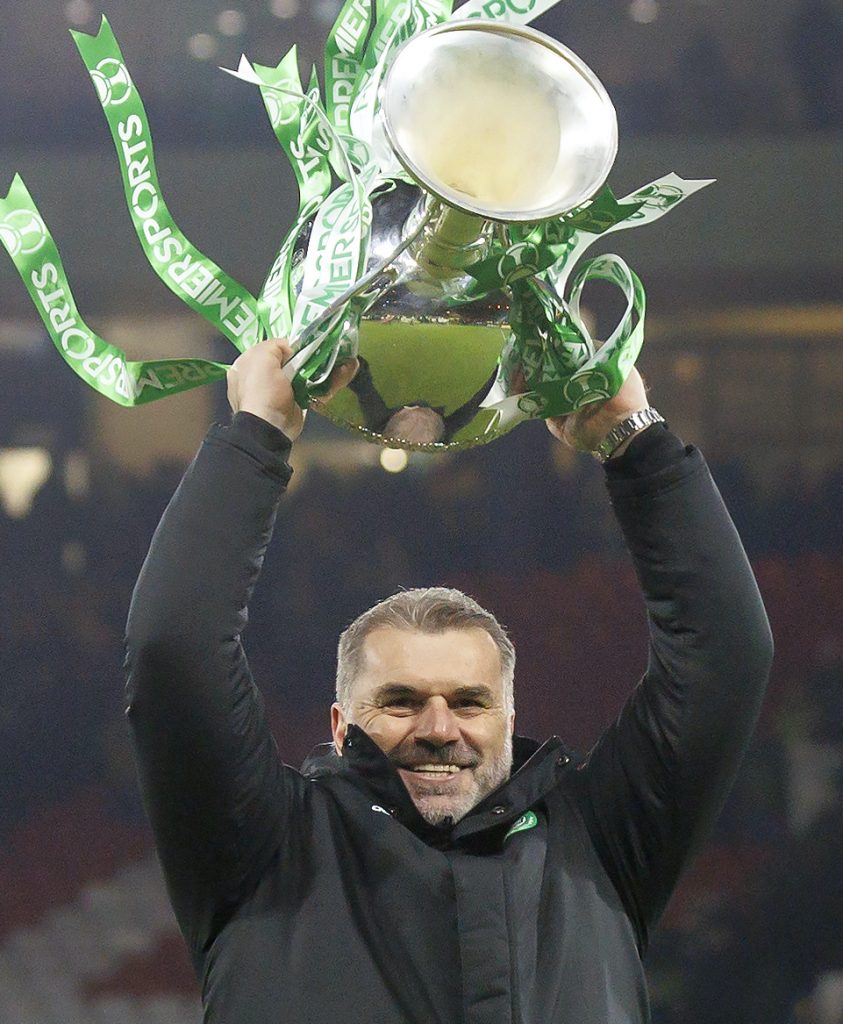 UP FOR THE CUP…Ange Postecoglou beams broadly at Hampden after his initial silverware success.

The Parkhead men, the other four sides involved in Europe and the three top group winners will be seeded.

Remarkably, Hibs, with former Celts David Marshall, Aiden McGeady and Ewan Henderson in their line-up, are already out of the Cup following an administration howler, as CQN reported yesterday.

Premier Sports will broadcast the draw live around 5pm – unless the Dons v Raith game goes to penalties.

The matches are scheduled to be played midweek on the weekend of August 30/31 and are subject to TV selections.

* DON’T miss the unbeatable match report from Celtic v Norwich City this afternoon – only in your champion CQN.