Celtic Quick News on News Now
You are at:Home»Latest News»CELTIC DEFENDER GOES OUT ON LOAN
By CQN Magazine on 1st August 2017 Latest News

The defender today completed a development loan move to Dumbarton which will see him stay at the club until the end of the current season.

Highly-rated by Celtic, the 19-year-old plays mainly at right back and was captain of the team which won last season’s Scottish Youth Cup.

The youngster, who is very highly-rated by the Parkhead coaching staff, is now in line to make his debut in Saturday’s Championship opener with Morton.

Brendan Rodgers is keen for as many of the younger players to get out on loan to gain valuable first team experience as he believes that this will improve their chances of breaking into the Celtic first team squad in the seasons ahead.

Wardroom spoke about the influence that the Celtic manager is having on the Development Squad earlier this year. 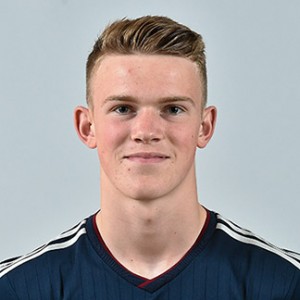 “He is quite involved with my squad, he has taken a few training sessions. He has also come in at the end of training sessions when he is finished with the first team when he watches a bit of ours and he will add things in when we come in and talk at the end,’ Wardrop said.

“He has also had separate meetings when he talks to us and tells us stories about players he has worked with in the past and what’s required to be a top professional.

“He took us out the cafeteria to come and watch Kolo Toure in the gym. He is basically just highlighting to us what top players are doing, and Kolo Toure at the age of 35 is still doing it.”

We wish Sam all the best for his season at Dumbarton.