CELTIC will play their first leg of their Europa Conference League knock-out tie against Bodo/Glimt at Parkhead on February 17 2022.

The return against the Euro surprise packets will take place in Norway the following week.

The Hoops’ opponents are a bit of an unknown quantity, but they were good enough to hammer Jose Mourinho’s Roma 6-1 in Boda in October and also draw 2-2 in the Italian capital last month.

Bodo/Glimt won the top-flight title in the 2020/21  season for the second time when they finished three points ahead of Molde. 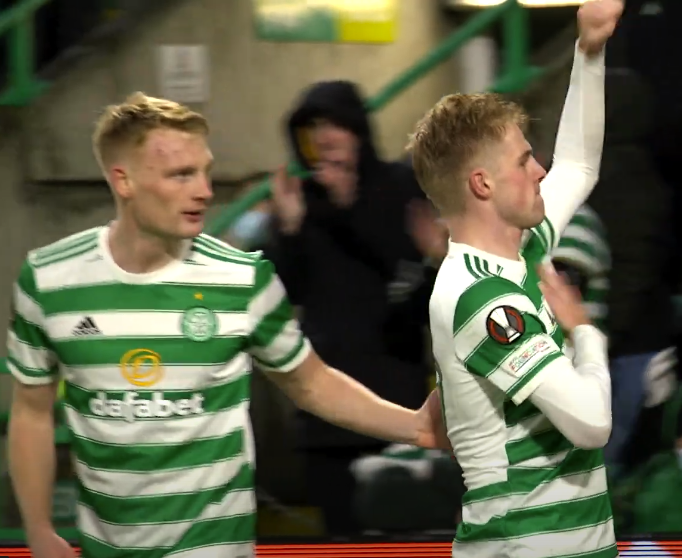 CHEERS…Stephen Welsh, who scored the first goal, and Liam Scales acknowledge the acclaim from the Celtic fans as the team bow out of the Europa League with a 3-2 win over Real Betis.

This will be the first time the Hoops have played them, but they have faced Norwegian opposition on six previous occasions, playing Rosenborg on five occasions as well taking on Molde.

Ange Postecoglou will be satisfied with the ballot that at least has spared them an exhausting trip to Azerbaijan to take on previous opponents Qarabag.

They lost out to FC Midtjylland in the Champions League qualifiers in July and finished behind Bayer Leverkusen and Real Betis in the Europa League Group G to drop into the Conference League.