Celtic Quick News on News Now
You are at:Home»Latest News»CELTIC FANS ALERT: WONDER BHOY IS ON HIS WAY
By CQN Magazine on 22nd February 2019 Latest News

CELTIC fans could get their first sight of Bhoy wonder Karamoko Dembele in the top side THIS season.

The club’s hottest prospect celebrates his 16th birthday today – and is now eligible to legally be included in Brendan Rodgers’ first-team squad.

Under regulation 4.2 of SFA’s registration rules, no-one under the age of 16 can play professional top-flight football in Scotland.

Dembele, who agreed a two-year deal in December for his first professional contract, could make a sensational rise through the ranks at Parkhead and be introduced in this campaign – depending, of course, on how things are progressing on the bid for the eighth successive Premiership title and the historic Scottish Cup hat-trick.

With the League Cup already won with a 1-0 success over Aberdeen in December, the Hoops are on course for the unprecedented treble treble during Rodgers’ reign. 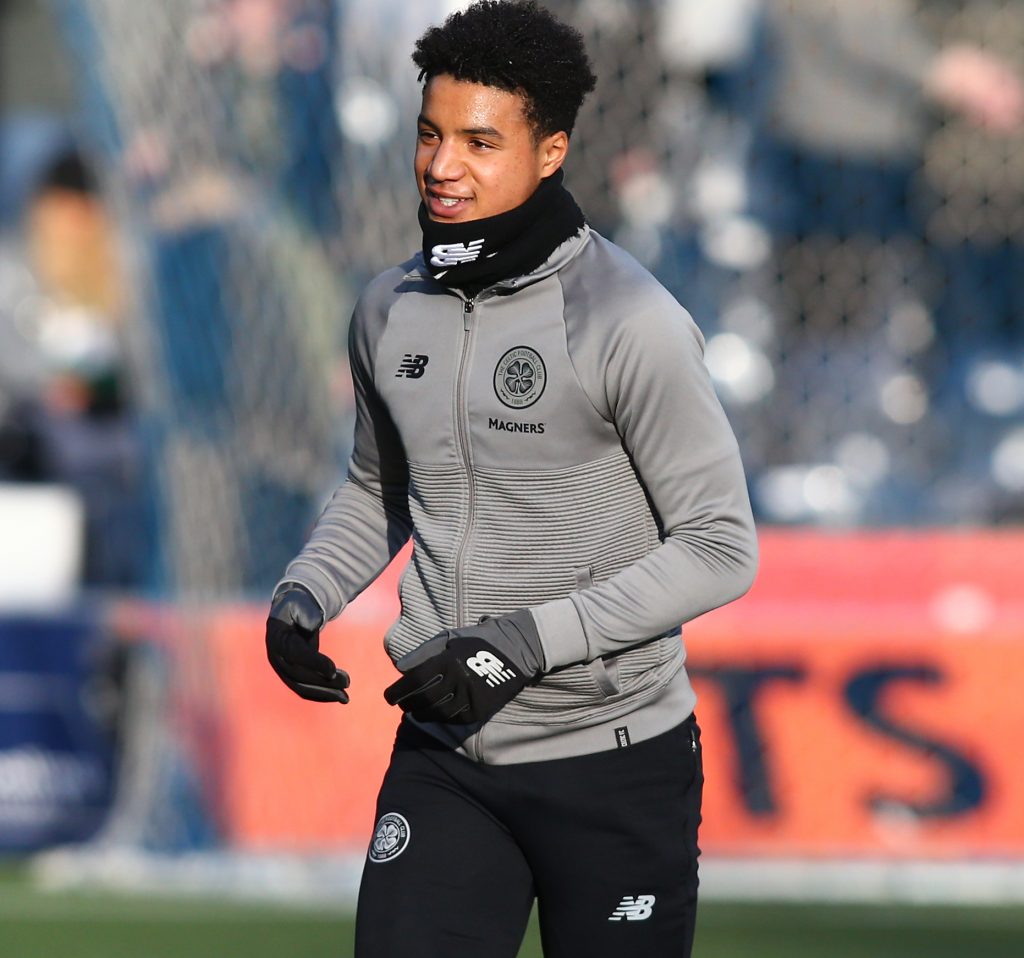 TEENAGE KICKS…Armstrong Oko-Flex was on the subs’ banch at Kilmarnock.

The gifted, attack-minded midfielder said: “I came here at a young age and, after all the stuff me and family have been through together, it’ll be good to make them proud.

“In the reserves, every training session, every game – it’s all to prove myself to the manager that I can play in the first team.”

Dembele, who was born in London before moving to Glasgow when he was one year old, made headlines when he appeared for the club’s Under-20s side at the age of 13.

Rodgers would have preferred to have kept the teenager’s qualities under wraps at that time, but could be persuaded to make the Glasgow schoolkid’s dream come true before the end of the campaign.

The mature youngster, who is in the middle of an international tug-or-war between Scotland and England, has been training with the top side at Lennoxtown in recent weeks alongside another of the champions’ exciting talents, Armstrong Oko-Flex, also 16, who was on the substitutes’ bench in the 1-0 win over Kilmarnock at Rugby Park on Sunday.

Jack Aitchison holds the record as the youngest player to appear for the Hoops at only 16 years and 71 days old when he made a scoring debut against Motherwell in May 2016.  only minutes after coming on in the 7-0 rout of the Fir Park side