CELTIC fans have been given a boost in the ticket scramble for the Premier Sports League Cup Final against Hibs at Hampden on Sunday.

Embarrassingly, the Edinburgh club have been left with 500 unsold briefs for the silverware showpiece following their demand for an extra allocation after being enraged by the initial 17,500 allowed by the SPFL.

The Easter Road side were eventually granted an extra 2,000, but now have a surplus, despite previously arguing they should have had a 50-50 split at the 52,000-capacity national stadium.

Originally, Hibs had cited “sporting integrity” and a “history of selling out tickets for Cup Finals” when they queried why the Parkhead club’s supporters had been allowed almost twice as much space at the ground. 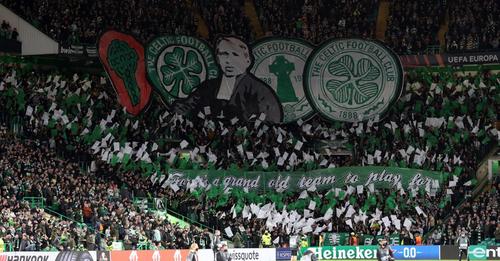 The capital outfit claimed their “persistence with the SPFL paid off” when they met their request.

Despite putting the extra tickets up for sale on December 3, they have been left with a “significant” chunk on their hands, according to a report in the Daily Mail. The Leith outfit are on course to take 19,000 followers to Glasgow.

It appears Hibs, with no other alternative before Sunday’s 3pm kick-off, will be forced to give the tickets back to the SPFL. If segregation problems can be overcome, that could lead to distribution among Celtic fans who had originally been left disappointed in their quest to gain a precious brief for the big game in which Ange Postecoglou has the opportunity to win his first trophy since taking control in June.

A goal from substitute James Forrest was enough to give the Hoops a win over holders St Johnstone in the semi-final while a 38-minute hat-trick from Martin Boyle against their Ibrox rivals gave them a 3-1 triumph to book their spot.