JEREMIE FRIMPONG has thanked the Celtic fans for their warm welcome during his debut last night and revealed: “I love them already!”

The Dutch-born right-back made his first appearance during the 5-0 triumph over Partick Thistle to seal a Betfred League Cup semi-final duel with Hibs at Hampden in November.

Frimpong, who joined the Hoops on a four-year deal from Manchester City just before the September 2 deadline, got the nod from Neil Lennon to come in for the injured Moritz Bauer while Hatem Abd Elhamed moved into central defence beside Kristoffer Ajer.

The 18-year-old defender linked well with winger Lewis Morgan right from the start and took the spotlight with his willingness to storm into attack at every opportunity.

Frimpong, speaking to Celtic TV, said: “It was amazing. It was my first professional game and the fans – I love them already. To hear them when I came off was amazing.

“I’ve been trying to make a good impression and I found out two or three days ago I was starting. I played well and now I have to keep that going. 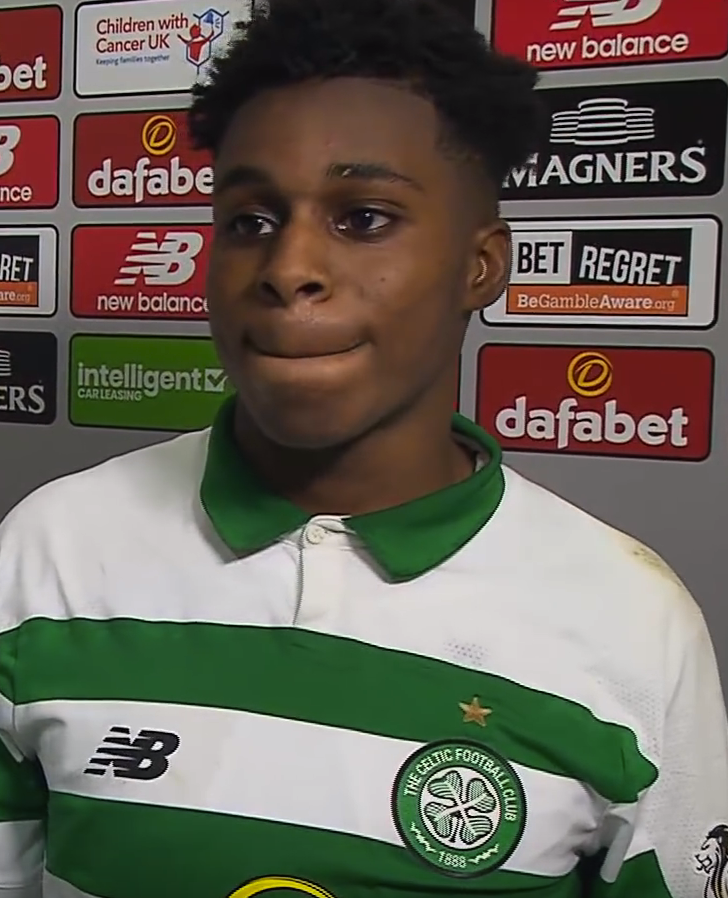 Frimpong is dteremined he will be no flash in the pan and hopes to push all the way for appearances in the top side as the campaign unfolds.

The adventurous back-four operator added: “There’s a big difference and you have to adapt to it, but it’s been really good. I play football because I want to be the best right-back and I’m going to prove that.

“If you want to be the best you have to play with confidence. Obviously don’t be cocky, but just go out there and play your game. You can’t be nervous in front of these fans.

“They want you to show what you can do for the team and, hopefully, I can do that.

“I’ve been working hard in training and I play football to prove people wrong and show them what I’ve got. That’s what I’ve been doing and I’m going to keep doing that.”