Celtic Quick News on News Now
You are at:Home»Latest News»CELTIC FAVOURITES UP FOR GRABS – FOR FREE!
By CQN Magazine on 1st January 2022 Latest News

PATRICK ROBERTS and Fraser Forster, two of the Celtic support’s favourite players in recent years, will be up for grabs in six months’ time – FOR FREE!

The former loan double- act, who won fourteen honours between them in their combined six and a half years at Parkhead, are both out of contract on June 30 2022.

Winger Roberts, 24, and 33-year-old keeper Forster have yet to commit to the future, but it looks increasingly like both will be heading for pastures new in the summer.

Manchester City have ignored the extraordinary talents of their skiful wide player since shelling out £12million to Fulham in 2015 after he had made only a few first-team outings for the London outfit. 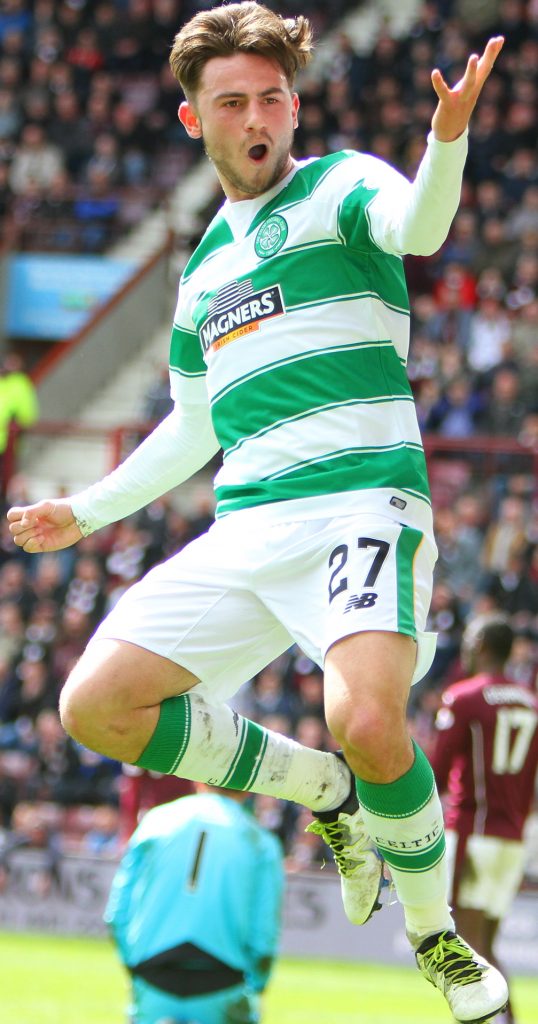 Remarkably, he has yet to start a game for Pep Guardiola’s side – making only two fleeting substitute appearances – and, just as astonishingly, his only goal at The Etihad came AGAINST City when he netted for Brendan Rodgers’ Hoops in a 1-1 draw in a Champions League encounter on December 6 2016.

Roberts was initially signed by Ronny Deila on an 18-month temporary transfer on January 19 2016, but, following a tentative initial period, the flanker burst into action in the Invicibles season when he made 47 appearances and scored 11 goals in all competitions.

The Parkhead faithful urged the Hoops hiearchy to make deal permanent, but Guardiola still saw a future for the player in Manchester. He relented to agree to a 12-month extension on the loan deal.

In total, Roberts made 79 appearances for the Glasgow giants and scored 18 goals before being called back by City. He was sent out again on loan to one of the English club’s stablemates, La Liga outfit Girona for the 2018/19 campaign.

The raider, however, could not emulate the form he had displayed at Celtic and the side were relegated at the end of a dreadful term that saw Roberts fail to score a solitary goal in 19 league appearances. 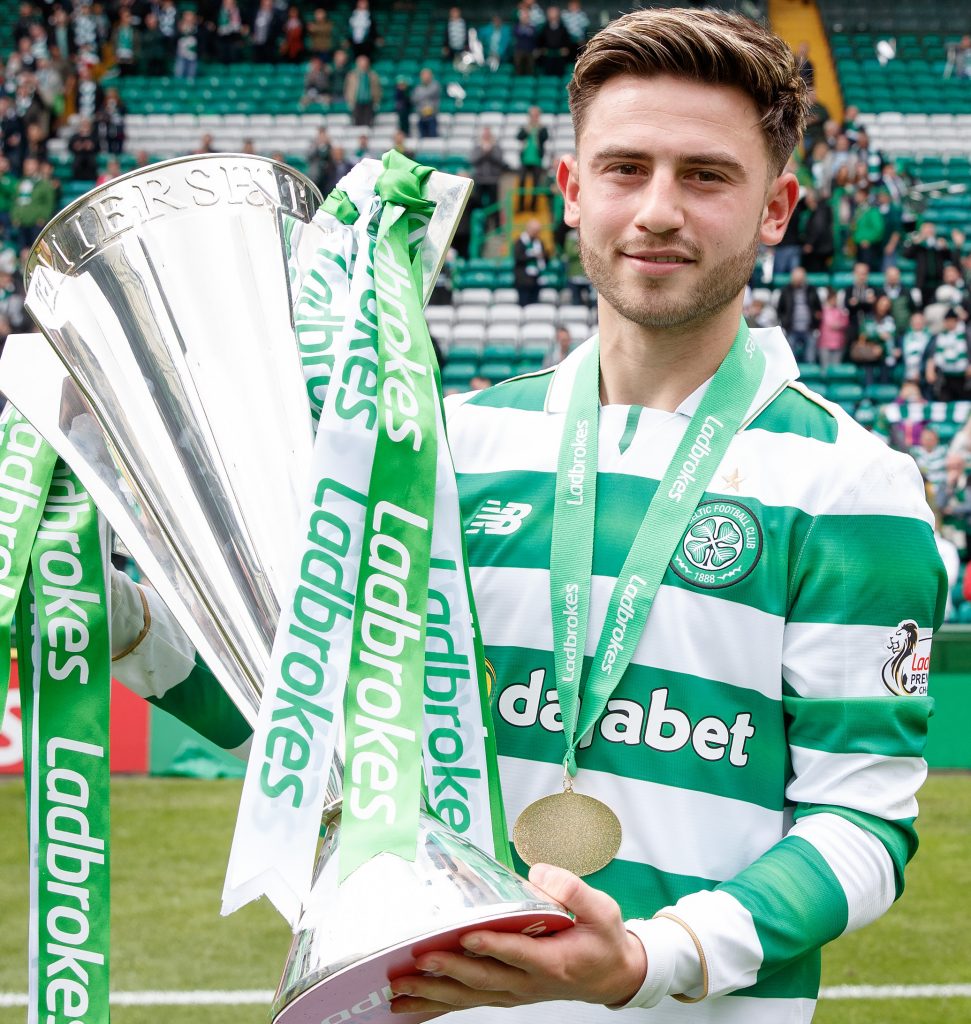 The following season, saw him go to newly-promoted Norwich City, but, alas, the team also suffered a campaign of setbacks and the Carrow Road club lost their Premier League status. There was little chance of Roberts shining as the team struggled and his next stop was Middlesbrough on January 2 two years ago.

After one goal in 19 Championship outings, Roberts joined Wayne Rooney’s Derby County in February last year on another temporary switch. He netted one goal in 15 appearances before returning to his parent club.

Roberts’ personal tale of woe has followed him to French club Troyes, another from the City nursery, and he has played only 14 first-team minutes as a substitute this season. The club are currently 15th in the 20-team Ligue 1 and the player has been constantly overlooked with that situation unlikely to change in 2022.

The immediate escape route for Roberts could be a six-month switch to Sunderland with the Wearside outfit looking to bolster their squad in a bid for promotion to the Championship. After that, though, the winger could be looking for a permanent residence to showcase his talents.

Former England international netminder Forster has been similarly shunned by Southampton manager Ralph Hasenhuttl after returning to the club at the completiton of his second loan stint at Parkhead. 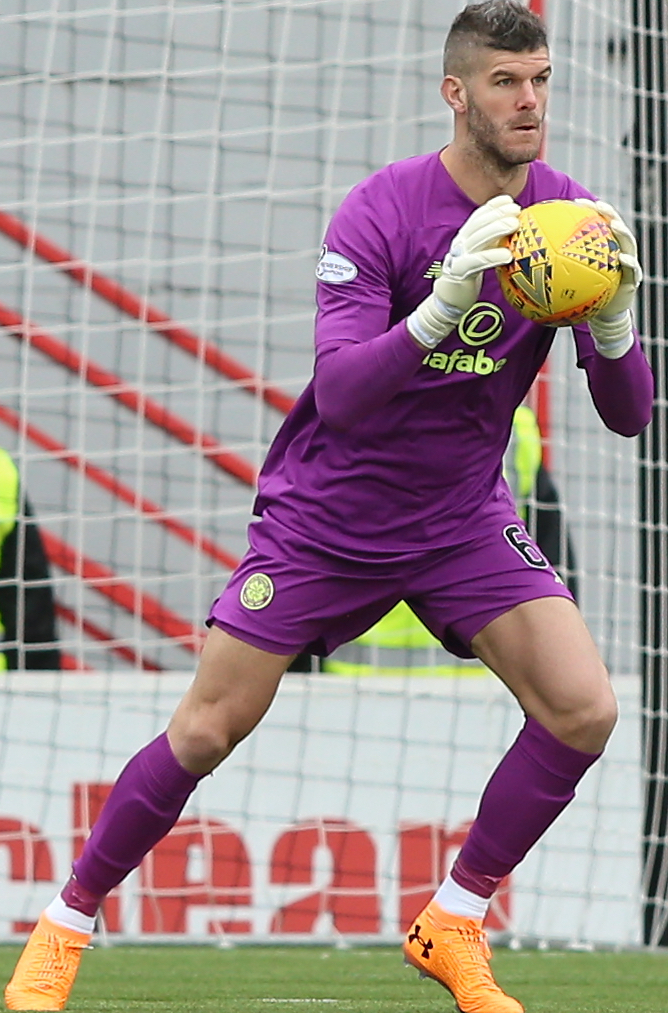 The skyscraper shotstopper, signed by Neil Lennon for £2million from Newcastle in 2012 after an impressive two-year temporary period, joined the south coast club for £10million in 2014.

He returned to Glasgow at the start of the  2019/20 season and reminded the Hoops faithful of his best form with some dazzling displays including his unbeatable performance in the 1-0 Betfred League Cup Final against Steven Gerrard’s Ibrox side which was capped with a superb spawling penalty-kick save from Alfredo Morelos.

Forster also figured massively in the back-to-back Europa League victories over Lazio as the club won on Italian side for the first time in history.

There was a clamour for the giant to sign on again to help the team in their quest for an unprecedented tenth successive title, but he decided to have another go at proving himself in the English top flight.

However, Forster rarely figured and was also on the sidelines this season until regular No.1 Alex McCarthy was injured.

With the six times-capped England netminder also toiling for fitness, the Saints were forced to sign 40-year-old Willy Caballero, the former Manchester City and Chelsea keeper, on a short-term emergency deal. 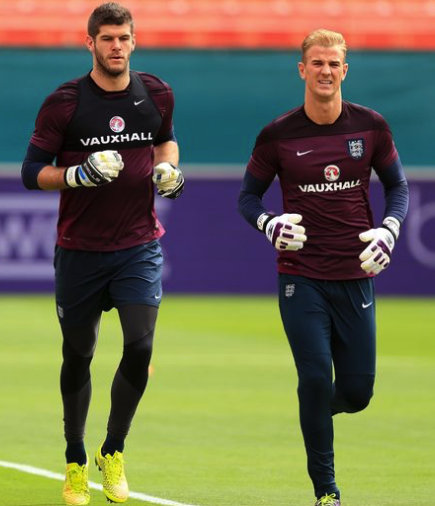 TWO OF A KIND…Fraser Forster and Joe Hart on England international duty.

But a fit-again Forster made his first Premier League appearance of the season during the 3-2 victory at West Ham’s London Stadium on Boxing Day and followed that up with an impressive showing during the 1-1 draw with Spurs.

Nevetheless, it looks as though Hasenhuttl’s favoured choice McCarthy, 32, will get the nod when he returns to full fitness.

That will place Forster in football’s version of limbo once again.

Interested clubs will be allowed to speak to both players from today until the end of the month where they could be signed on a pre-contract.

Whether or not Ange Postecoglou will make any moves remains to be seen.

The Hoops are still short on the wings with Filipe Jota and James Forrest struggling with injury while Mikey Johnston is still attempting to get back to something like his best.

As for the keeper’s position, Joe Hart, signed on a three-year contract in a £1million switch from Spurs on August 3, has provided a solution to the No.1 problem position that blighted the Hoops last season.

With Vasilis Barkas being touted for a move out of Parkhead this month, that could leave the way open for another quality custodian to come in and challenge for the gloves.

* CQN wishes all our readers a Happy New Year and the very best for an enjoyable and successful 2022.