The 25-year-old right-back was a free agent after being released by Frank Lampard at Everton and has been snapped up by the Bundesliga outfit, according to German media outlet Bild.

Kenny has finalised a deal, believed to be a four-year contract, with Boyata’s club who survived a relegation scare with a 2-1 play-off aggregate win over SV Hamburg after losing the first game at home. 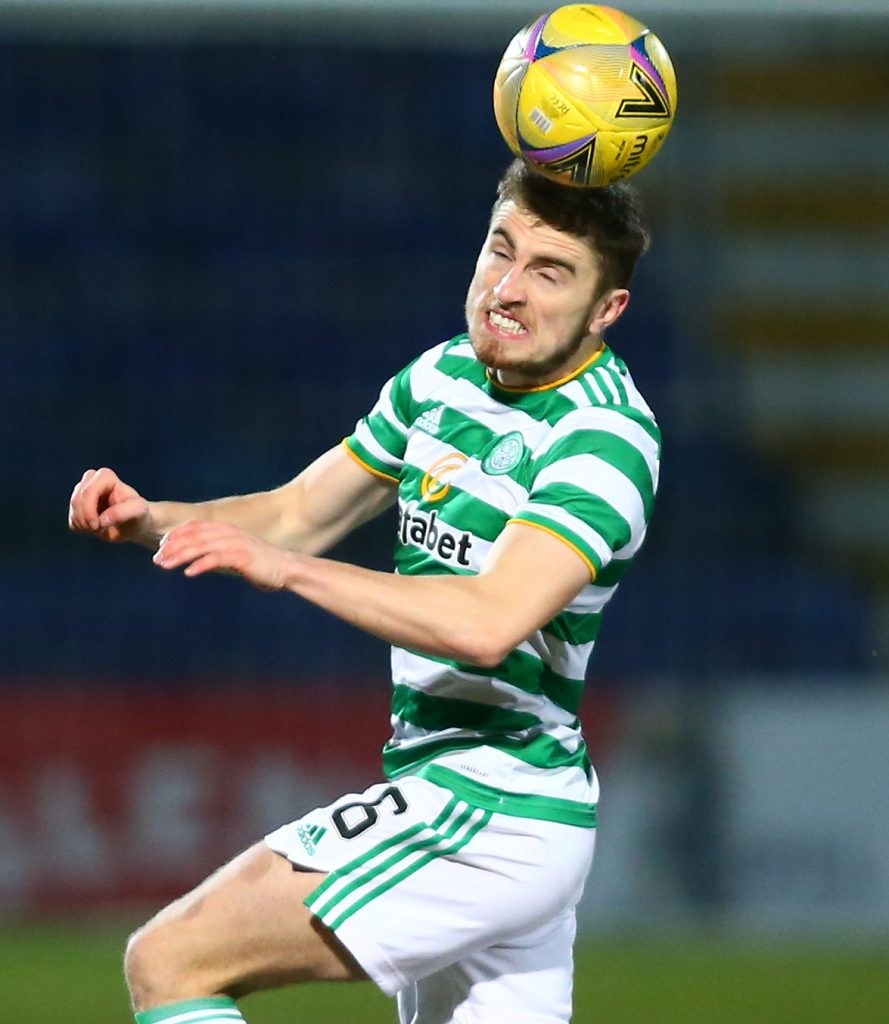 BALL BHOY…Jonjoe Kenny stretches to get in a header in Celtic’s 1-0 loss at Ross County in February 2021.

The defender was brought in by Neil Lennon to help solved the problem No.2 position in his line-up in the second half of the disastrous 2020/21 campaign.

He made his debut in a 4-0 win over Kilmarnock at Rugby Park and made a total of 16 appearances.

Unfortunately, Kenny, who had a temporary transfer with Schalke before arriving at Parkhead, failed to provide any answers and was unconvincing in the games against the Ibrox opponents and was unfortunate enough to score an own goal in the 2-0 loss in the Scottish Cup exit in Govan in March.

Now he has a chance to resurrect his flagging career at the German top-flight strugglers.