Celtic Quick News on News Now
You are at:Home»Latest News»CELTIC ‘GOOD GUY’ POISED FOR REWARD
By CQN Magazine on 18th May 2021 Latest News

The impressive Celtic midfielder is poised to make the step up from the Scotland Under-21s where he has represented his country on four occasions.

Turnbull has forced himself into contention to be considered for the Scots’ first major tournament finals since the World Cup in France in 1998.

The 21-year-old playmaker arrived at Parkhead in a £2.75million switch from Motherwell in the summer, but had to wait until December for his breakthrough when he took centre stage with a superb display and winning goal in the club’s 3-2 Europa League Group H triumph over French cracks Lille in the east end of Glasgow, Neil Lennon’s only success in the section.

Turnbull has just been named PFA Scotland Young Player of the Year to make it a hat-trick of awards along with the Player and Young Player honours he earned at the Hoops.

The energetic 21-year-old claimed nine goals and seven assists in 34 appearances in five months at Parkhead to emerge as genuine high-quality international material. 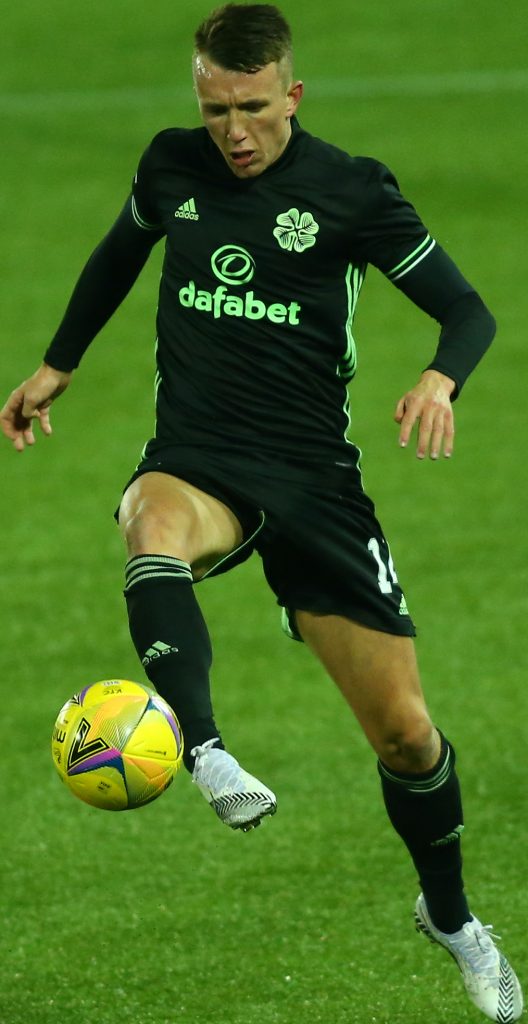 Scots boss Clarke will name his pre-Euros pool tomorrow, with a friendly double-header coming up against Holland and Luxembourg as he prepares his troops for the Group D games against the Czech Republic at Hampden on June 14, England at Wembley four days later and then Croatia back in Glasgow on the twenty-second.

Callum McGregor has no doubt his young team-mate has got the talent to play at the highest level and, speaking to the Daily Record, said: “I have been hugely impressed with him. He has come into such a big club this season, but he has handled the responsibility and played so well.

“As a No.10, you are judged on goals and assists – and his numbers are pretty good. David has been really impressive in there and he’s a good guy, really humble and down to earth.

“That’s what you want to see. Good guys getting their reward for working hard. I don’t think there is any doubt he can step up to the full squad.”

Turnbull will hopefully join McGregor and Ryan Christie in the international midfield with a massive month ahead.