LEIGH GRIFFITHS took his goal tally to eight for 2020 when he rifled in a hat-trick in the 5-0 win over St Mirren at Parkhead on March 7.

The comeback Bhoy was on a roll before the game was forced into worldwide lockdown due to the coronavirus pandemic.

Uncertainty grips the game at the moment, but there is no disguising the admiration of the 29-year-old striker from Celtic great Lubomir Moravcik.

The one-time midfield magician is delighted with the return of the Scotland international hitman after almost a year on the sidelines due to personal issues.

Moravcik, speaking to the club website, said: “I’m very happy that Leigh Griffiths is back playing and scoring goals. That’s important for Celtic. 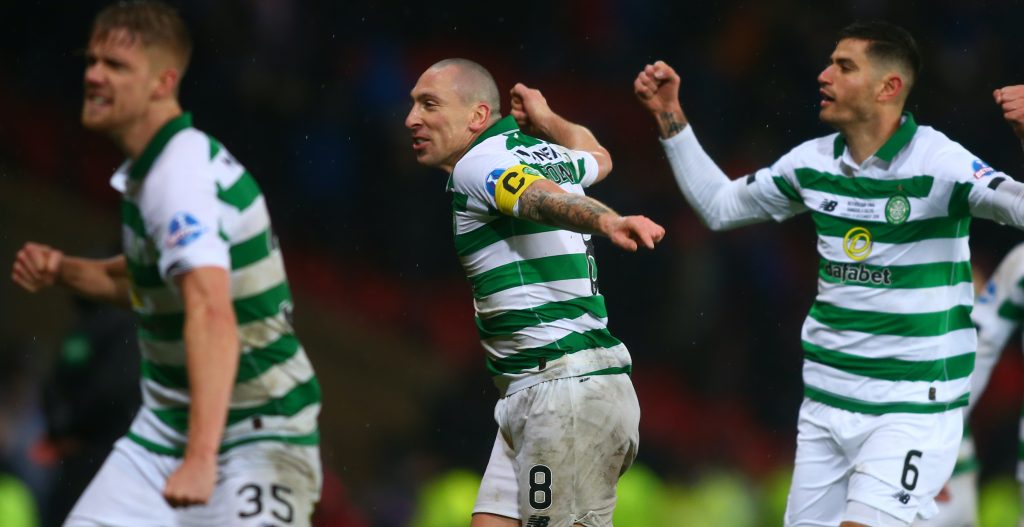 “He showed real character to come forward with the issues he was facing off the pitch, Celtic respected that, they gave him support and the time to get back in the right mindset and he’s come back on the pitch and is scoring goals.

“That makes me happy. Leigh passed John Hartson’s goal record at the club not too long ago, as well, and I know how good John was as a player.

“It speaks volumes for Leigh’s ability that he’s managed to go further still with his goals and I am sure there are more to come!”

Moravcik is equally forthright when he is asked to name his current favourite footballer at the champions.

He added: “I like all the players in the current side, but if I had to pick one, I’d probably say Scott Brown.

“He’s captained Celtic for 10 years, he’s been playing at the highest level for longer than that again.

“Scott’s strong, physically and mentally, and I have a huge respect for him as a player.”