FORMER Celtic keeper Fraser Forster LAUGHED OFF the boos and jeers that were directed at him during Spurs’ 2-1 win at Ibrox yesterday.

The one-time Hoops fans’ favourite, who joined the London club in the summer as a free agent after leaving Southampton, received a hostile reception as he replaced Hugo Lloris in the second-half.

Forster beamed broadly as he exchanged places with the French World Cup netminder with 15 minutes remaining of the friendly encounter. The cascade of catcalls from the fans would have been anticipated, as CQN warned last month.

PENALTY HERO…Fraser Forster takes off as he saves Alfredo Morelos’ spot-kick in the 1-0 League Cup Final triumph in 2019. 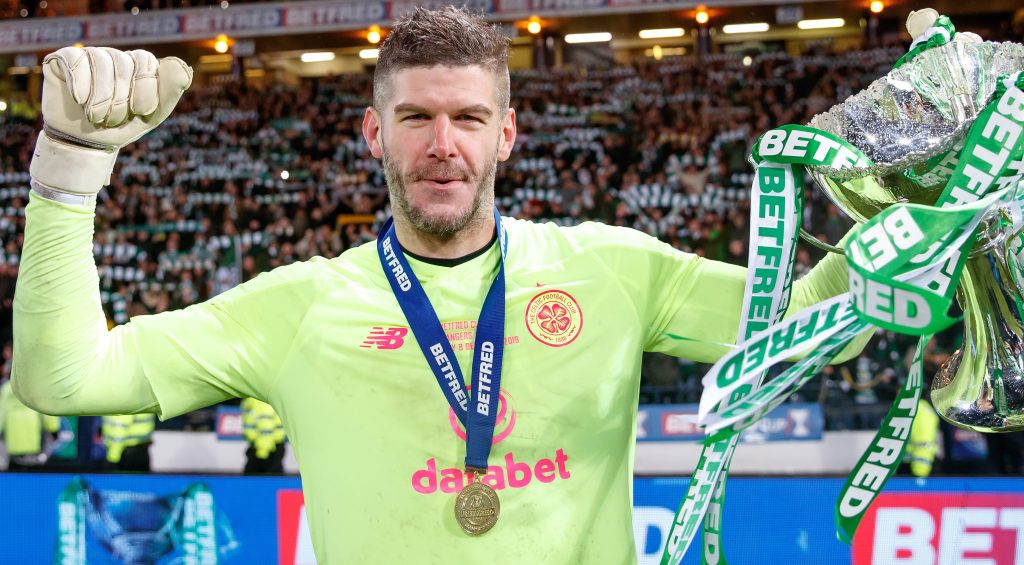 The abuse from the sidelines certainly didn’t unnerve the experienced netminder as Antonio Conte’s side coasted to a warm-up victory.

Performances from the six times-capped England international are obviously still embedded in the memory banks of the support across the river following some exceptional games against the Govan club during his stints at Parkhead.

It will not have been easy to rid the memory bank of the 34-year-old shotstopper’s breathtaking display against Steven Gerrard’s team when a 10-man Celtic – with Jeremie Frimpong dismissed with over half-an-hour still to play – won the Betfred League Cup at Hampden in December 2019.

Forster capped a memorable afternoon at the national stadium with a stunning penalty-kick save from Alfredo Morelos shortly after Christopher Jullien had claimed the only goal of a tense encounter. 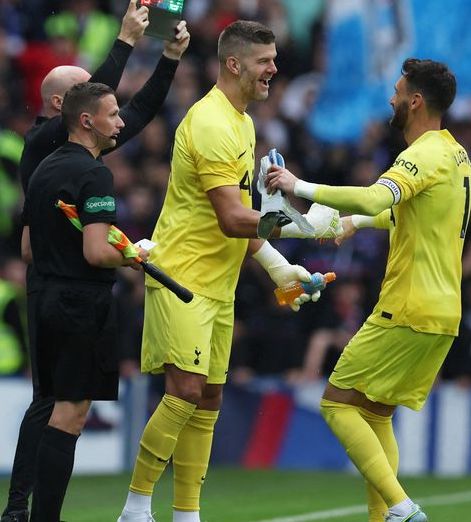 He enjoyed another success yesterday against his old foes as a Harry Kane double wiped out Antonio Colak’s opener.

Forster has accepted the slot as back-up to club captain Lloris, ironically the position held by Joe Hart before his £1million three-year contract switch from the London club to Parkhead in August last year.

The skyscraper shotstopper, who originally arrived at the Hoops in 2012 after two impressive successive loan spells from Newcastle, joined Southampton for £10million two years later.