Celtic Quick News on News Now
You are at:Home»Latest News»CELTIC HISTORIC GOALSCORER PASSES AWAY AT 79
By CQN Magazine on 4th May 2021 Latest News

FRANK BROGAN, the scorer of Celtic’s 5,000th league goal, has passed away at the age of 79.

The speedy outside-left, who was timed at just over 10 seconds in the 100-yard sprint, joined the Hoops from Junior side St Roch’s in November 1960 and made his debut in the 1-1 Glasgow Cup Final against Clyde the following May.

He claimed his historic goal in a 2-1 win over Partick Thistle at Firhill on April 4 1962.

Years later, The Celtic View asked him what he remembered about his milestone goal.

He replied: “It was a free-kick, maybe five or 10 yards outside the box. I ran over the top of the ball, Paddy Crerand pushed it around the wall to the side, I was in the penalty area by that time and I swivelled on my right foot and basically just hit it. The ball just flew into the top left-hand corner and it was ex-Rangers keeper George Niven who was in goal and that made it all the sweeter for me.” 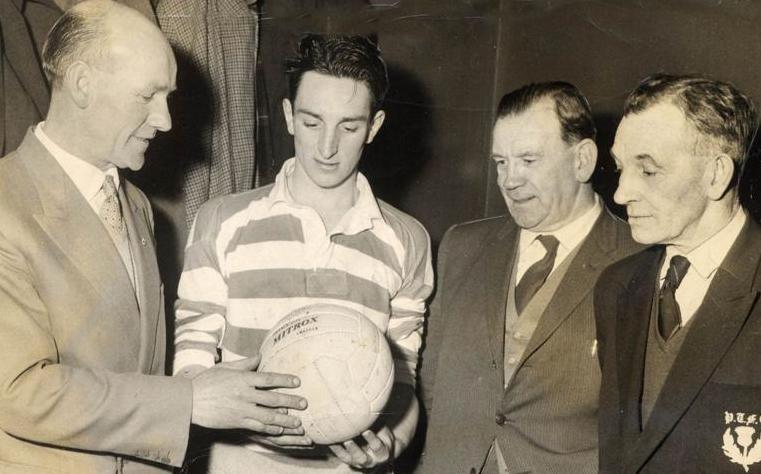 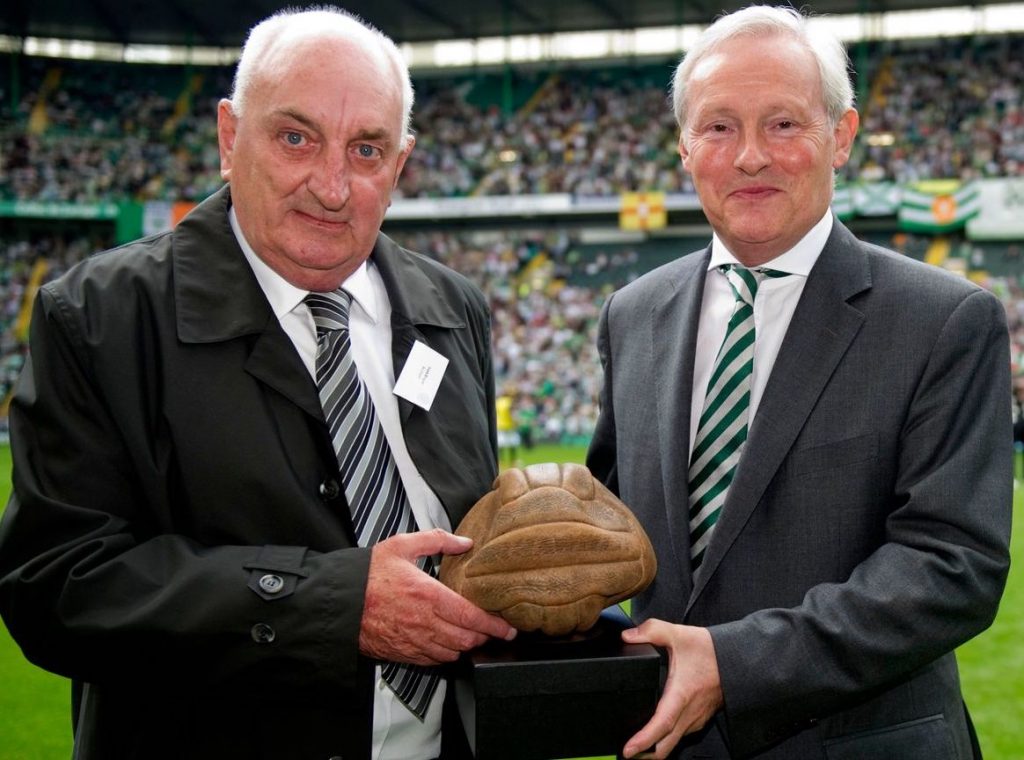 HAVING A BALL…Frank Brogan presents the historic ball to Celtic chairman Ian Bankier in 2012.

BY THE LEFT…Frank Brogan slams in a goal in the 5-2 Scottish Cup semi-final win over Raith Rovers in 1963. Bobby Murdoch gets a close-up view.

He was pictured later with the marksmen of other landmark Celtic strikes, Adam McLean (2,000), Jimmy McGrory (3,000) and Jimmy Delaney (4,000). The club’s all-time record goalscorer McGrory was manager at the time.

Brogan added: “They were Celtic legends to me, especially McGrory. I mean, how do you score as many goals as he did? Jimmy Delaney was also a legend and he’s the only player to have won Cup winner’s medals in Scotland, Ireland and England, so that speaks for itself. It wasn’t until later on that I realised what a great player Adam McLean was, but I found out he was a true legend.”

He made a total of 48 appearances for the Hoops – and bagged 17 goals – before departing south to Ipswich Town in 1964.

Injuries blighted his later career and he had spells at Morton, on loan, and Halifax Town before he retired in 1973 to become coach at Blantyre Celtic.

His brother Jim, a Celtic stalwart, sadly passed away in September 2018 at the age of 74.