CELTIC created history last night when Karamoko Dembele made his debut for the Under-20 development squad in the 3-1 win over Hearts – at the age of THIRTEEN!

The playmaker came on as a second-half substitute despite being seven years below the age group. 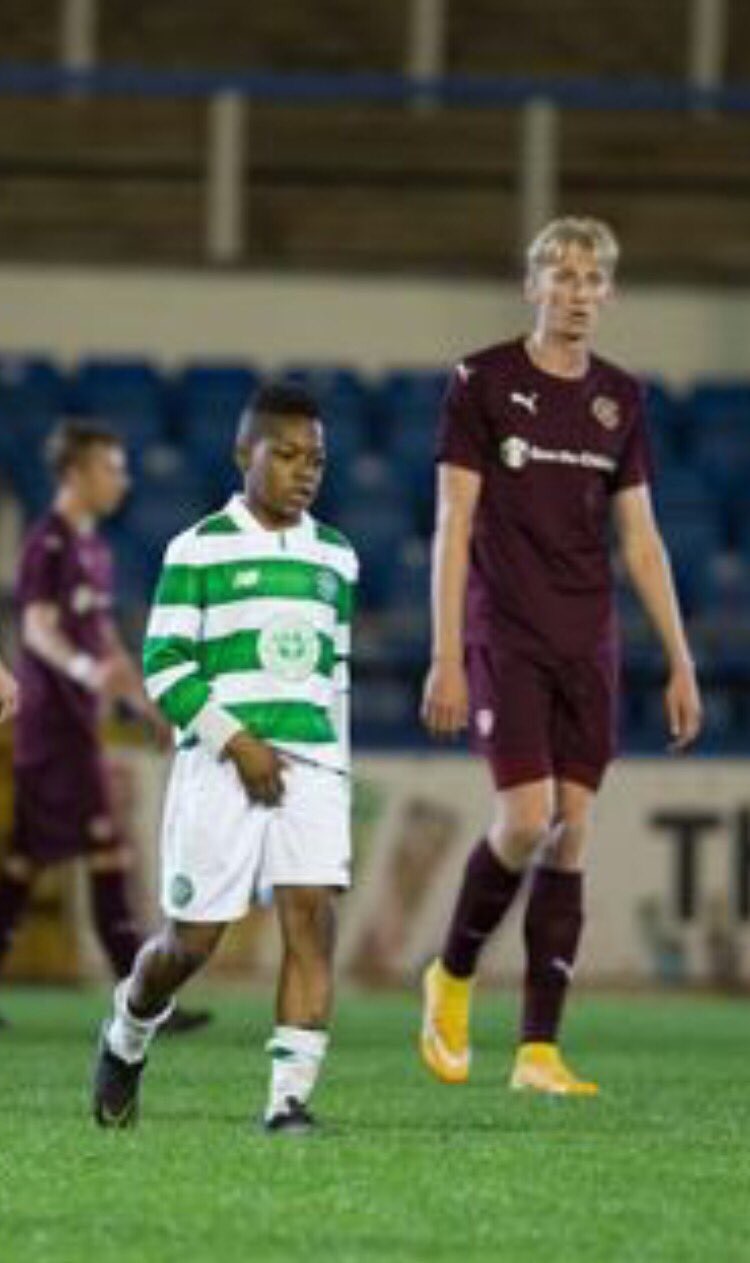 The tiny tot – no relation to French Under-20 striker Moussa who has hit 12 goals since his arrival from Fulham – shot to fame after impressing for the Under-13 side in the St Kevin’s Boys club tournament in Dublin this summer.

At Cappielow last night, boss Tommy McIntyre was without a number of regular Under-20 players such as Ross Doohan, Anthony Ralston, Mark Hill, Regan Hendry, Calvin Miller and PJ Crossan, who are on international duty with the Scotland Under-19 side.

The regular players’ absence prompted the manager to name the young Ivorian midfielder among the substitutes.

Dembele came on with nine minutes to go to replace Jack Aitchison, who also created a record at the end of last season when he became the youngest player and goalscorer for the Parkhead side when he netted in the 7-0 rout of Motherwell at the age of 16 years and 71 days. .

If the schoolboy continues his startling progress, he is likely to break that record, too. The youngster came on with the Hoops 3-1 up and the club stated he “did not look out of place.”

Celtic’s official website stated: “A magical moment was crystallised for a talented young Celtic prospect as 13-year-old Karamoko Dembele replaced Aitchison with just under 10 minutes left to make his debut at that level – seven years above his age group. The diminutive playmaker didn’t look out of place and played his part in the closing stages.”