Celtic Quick News on News Now
You are at:Home»Latest News»CELTIC HIT BY £10,000 UEFA FINE
By CQN Magazine on 23rd February 2016 Latest News
CELTIC have been fined £10,000 by UEFA over crowd trouble during their Europa tie against Fenerbahce and for “improper conduct by the team”.
The SPFL champions were found guilty of two rule breaches, one for the setting off of fireworks by supporters and another for five players being booked.
Mikael Lustig, Dedryck Boyata, Jozo Simunovic and Keiran Tierney – the club’s entire back four – plus midfielder Stefan Johansen received yellow cards during the encounter. 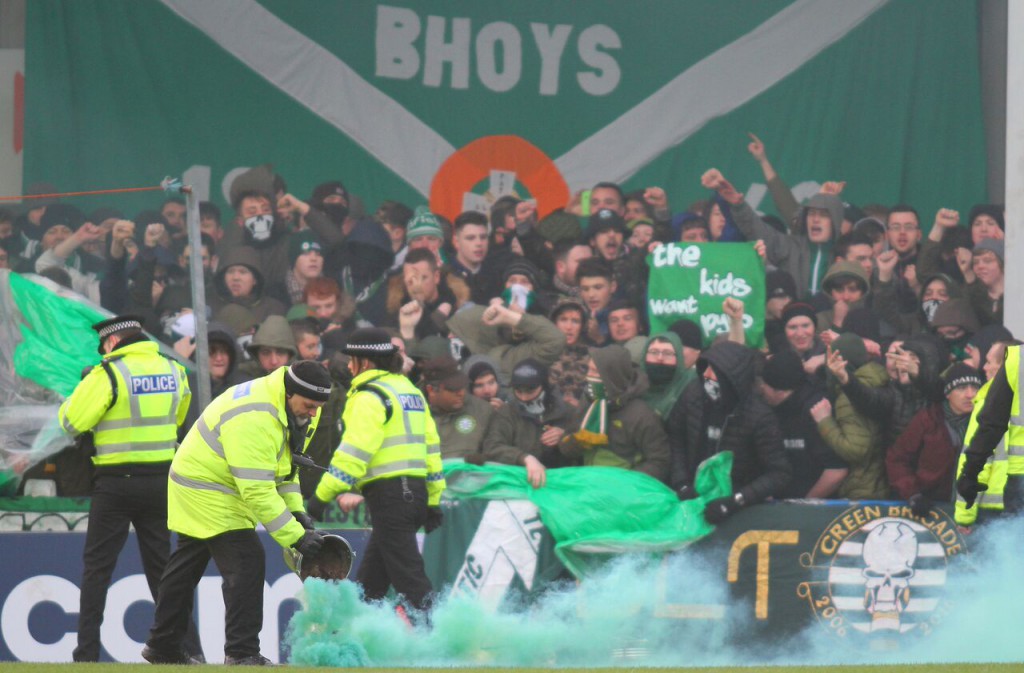 European football’s governing body charged the Hoops after fans let off flares in the game in Turkey in December. The match, which ended in a 1-1 draw, also saw the use of pyrotechnics by followers of the home side.
The incident is one of several in recent years, despite the club’s efforts to eradicate misconduct and pleas to fans not to use flares.

In February 2015, Celtic were fined £7,330 following crowd disturbances at their Europa League match with Dinamo Zagreb the previous year.

A spokesman for the club said at the time: “Clearly, everyone is extremely disappointed that the behaviour of only a handful of people and in particular the use of flares. We have repeatedly called for the use of flares to stop.”

UEFA’s policy is such that if disciplinary measures have to be imposed for offences of a similar nature within a five-year period, that is seen as an aggravating circumstance and increases the likelihood of a greater punishment.

In March last year, the Glasgow giants were fined a further £9,495 over two charges of misconduct at their Europa League clash against Inter Milan.

They were hit with an £8,000 penalty for the improper conduct of the team as well as a £5,000 punishment over two flares set off at the San Siro on February 26.

It was the seventh time in just over three years for incidents involving their fans in European competition.

Celtic banned three supporters for letting off flares during the Scottish Cup-tie at Stranraer last month.