TOM ROGIC has NO chance of taking part in Celtic’s Champions League opening qualifier against FK Sarajevo in Bosnia a week on Tuesday.

Hoops boss Neil Lennon admitted he has been forced to give the Australian international playmaker extended time to rest up after fighting a persistent ankle problem for the past five weeks.

Rogic was left behind for the Parkhead men’s pre-season camp in Austria while left-back Kieran Tierney returned to Scotland to continue his rehab, as CQN reported earlier today.

Lennon, speaking to the Sunday Mail, said: “Tom sustained an ankle injury in Scottish Cup Final and we knew he would be out for several weeks.

“To be fair to the kid, he probably needed a rest. 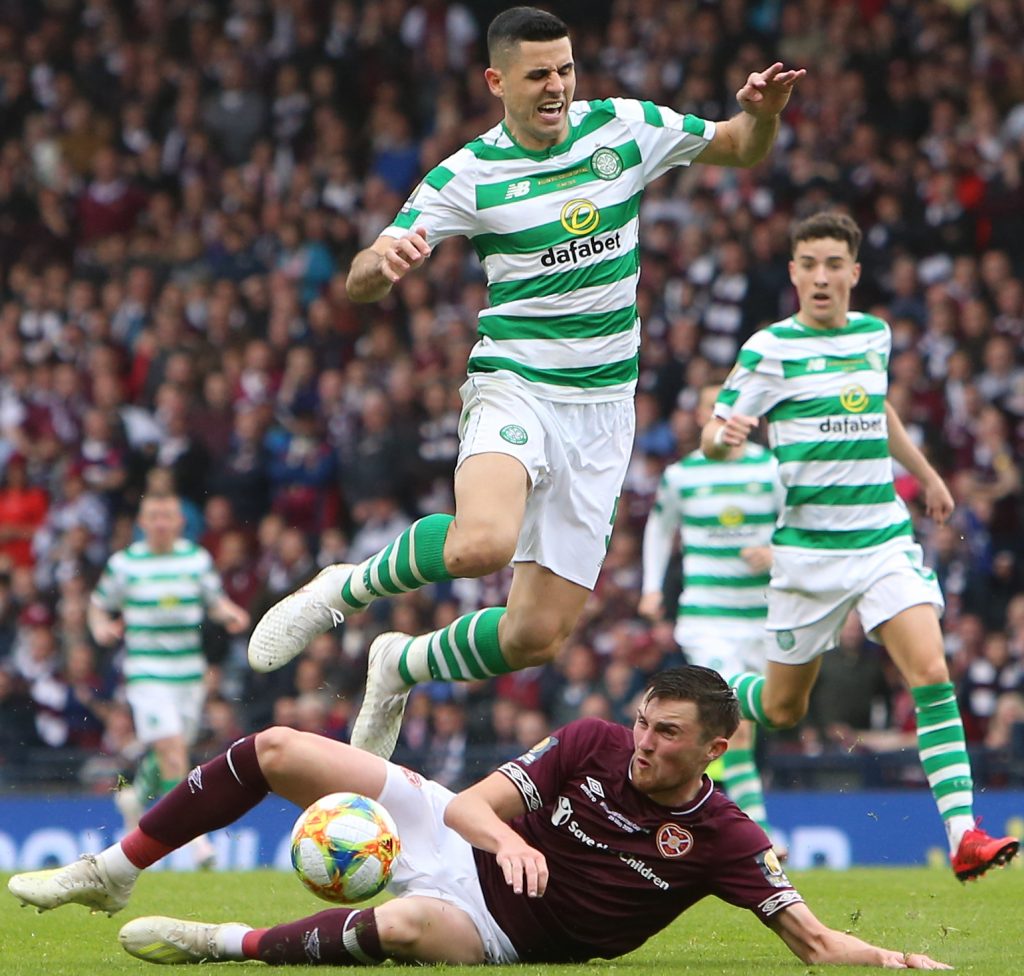 “He could do all his rehab work at home. We hope that by the time we return, Tom will be back training.

“We will get him back up to speed and that will do him the world of good.”

The skilful Aussie, labelled the Wizard of Oz by the champions’ followers, struggled to overcome a knee injury after returning from international duty at the turn of the year.

Rogic made only 16 starts in the Premiership, scoring three goals. He lasted until the 70th minute before being replaced by Olivier Ntcham against Hearts in last month’s 2-1 Cup Final at Hampden.

The 26-year-old midfielder is determined to play a key role as the club eyes nine in a row and make progress in Europe.