LISBON LION Bobby Lennox is to be honoured with a statue in his home town of Saltcoats.

The tribute will be built across from Bobby’s Bar, the pub once owned by the Celtic legend, and 50 yards from where the footballer was born in Ayrshire.

Sculptor John McKenna, who created the Billy McNeill and Jock Stein statues outside Celtic Park and Jimmy Johnstone’s in the memorial garden in Viewpark, Lanarkshire, was commissioned for the project. 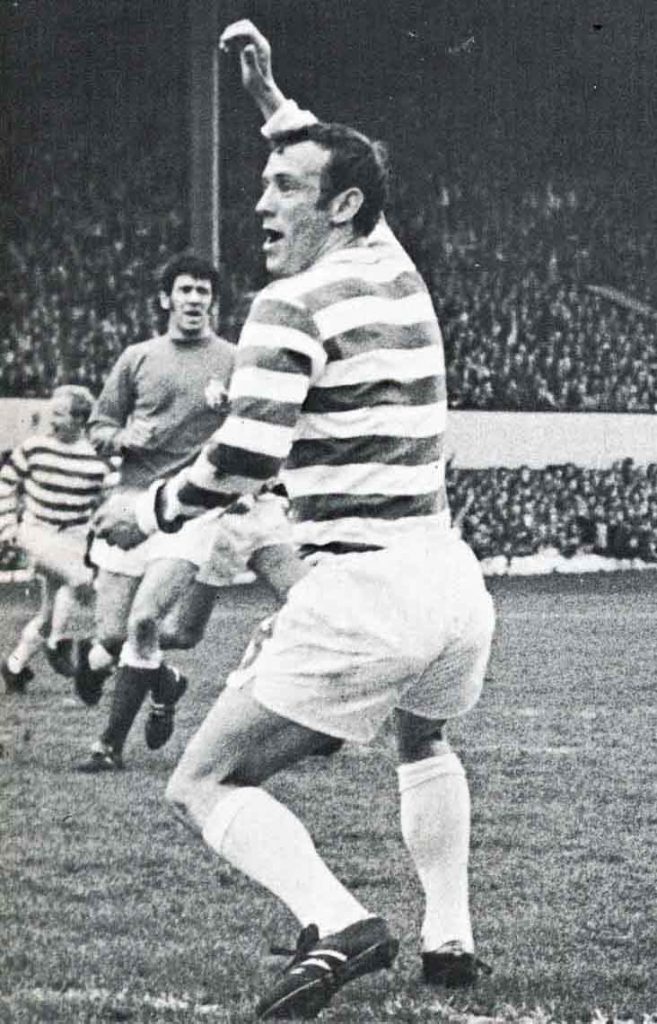 THE GOAL FIRM…Bobby Lennox celebrates scoring against Rangers with his pal Jimmy Johnstone about to join in. Not so happy is Ibrox skipper John Greig.

It’s hoped the statue, which will show Lennox in celebration after scoring a goal, will be unveiled before the turn of the year.

Lennox, 75, said: “It’s very humbling that the community could think enough of me to erect a statue. I can’t really believe it.”

The man known as ‘The Buzz-Bomb’ because of his incredible acceleration scored a remarkable total of 277 goals for the Hoops in a dazzling career.