CELTIC will resist all talk of selling £20million-rated Kristoffer Ajer in the summer.

The Norwegian international’s agent has made the bizarre claim the player will be on his way at the end of the season, despite still having TWENTY-SIX MONTHS to run on his contract.

Tore Pedersen, who represents the 21-year-old defender, insists Ajer will be heading for the exit because “there is generally great interest in Kristoffer”.

To be fair to the player, he has continually said he is “really happy” at the champions and has never rocked the boat. In the last transfer window, after being linked with former Hoops boss Brendan Rodgers at Leicester City as well as a handful of top European outfits, Ajer was adamant he had no desire to leave.

However, adding to the mystery, Pedersen is being quoted in a statement that is contrary to that of the youngster. 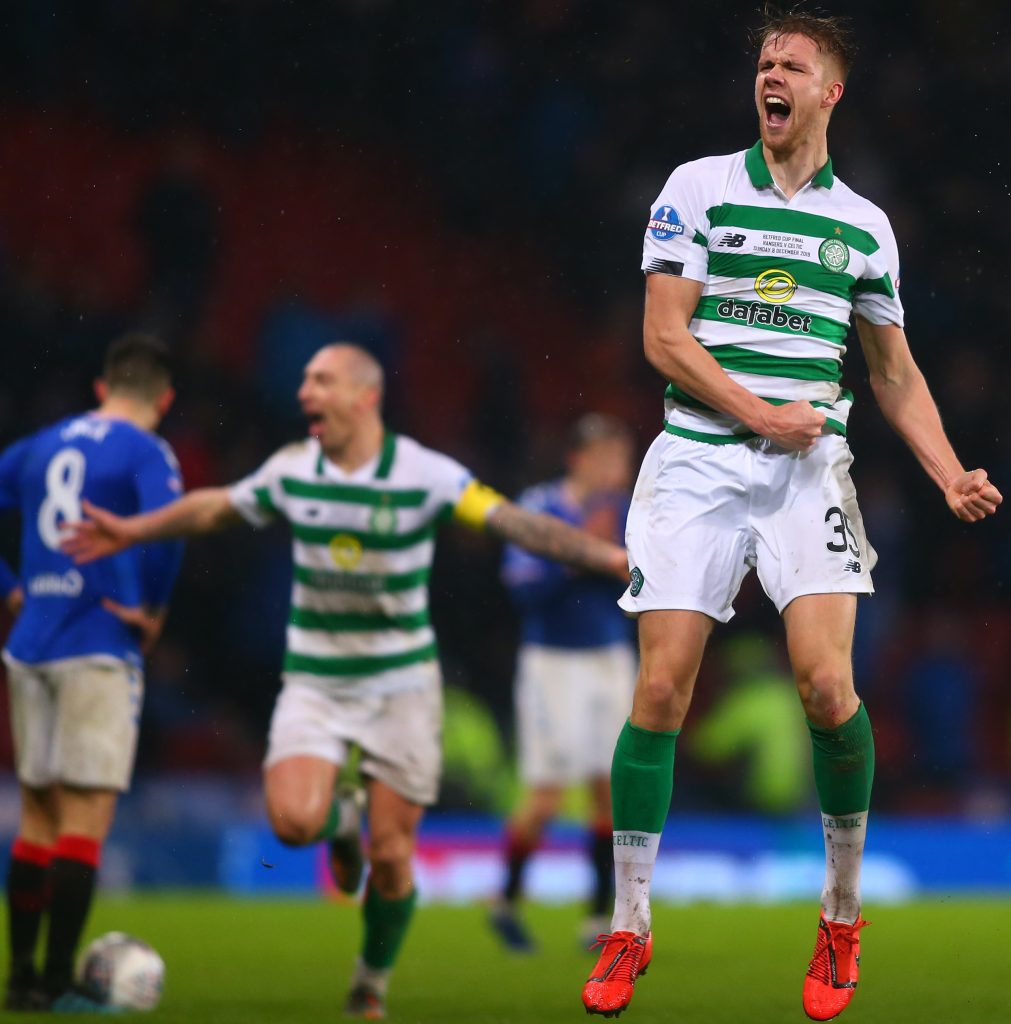 JOY BHOY…Kristoffer Ajer leaps high in joy as he and Scott Brown celebrate the Betfred League Cup triumph in December.

In a report in the Daily Record, the agent said: “He will not extend his contract with Celtic and will leave this summer.

“There are several clubs who are interested, but I can’t go into their names. There are many who have followed him for a long period.

“There are also clubs who would like to have him, but who cannot afford it.

“There is generally great interest in Kristoffer.”

In January, Ajer said: “I’m really happy now, I’ve got two and a half years at Celtic and I’m happy with it. I love playing for Celtic.

“All talk of contracts is between my agent and the club and I’m just concentrated on day-to-day work and trying to be the best footballer I can.”

Ajer was signed by his fellow-countryman Ronny Deila as a 17-year-old from FK Start in July 2017 and has blossomed as a centre-back over the past two and a half seasons following a loan spell at Kilmarnock.