CELTIC face a sweat before they receive an accurate diagnosis on the extent of Daniel Arzani’s knee injury.

The 19-year-old Australian international winger was stretchered off near the end of the Hoops’ 5-0 win over Dundee at Dens Park on Wednesday night.

Arzani, who agreed a two-year loan deal from Manchester City in the summer, came on as a substitute in the 57th minute, but was taken off only 22 minutes later after collapsing in pain following a swift turn.

Within hours of the tricky raider leaving the field, reports in his homeland indicated he had torn the ACL in the knee joint which could rule him out for the remainder of the campaign. 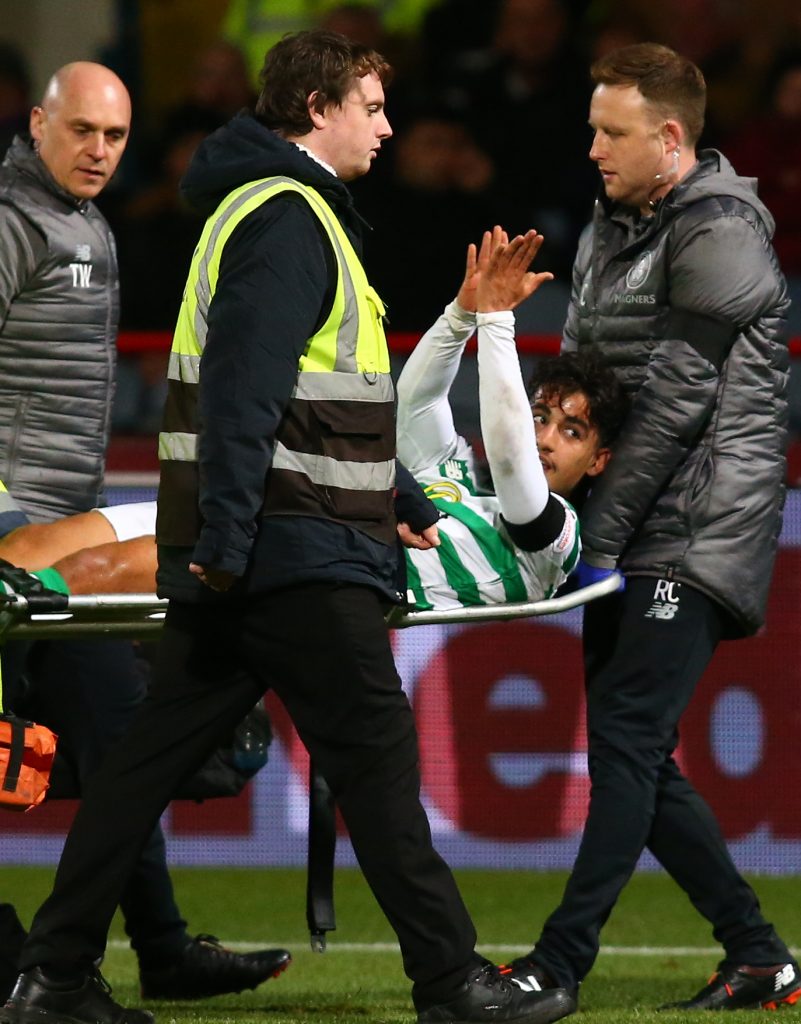 CHEER WE GO…Daniel Arzani applauds the fans as he leaves on a stretcher. Pic: Geo.

However, Arzani’s knee was so swollen it made it impossible to determine the full extent of the damage. After the game, medical staff were unable to say whether it was only a minor problem and or a cartilage complication which would see him sidelined for months.

Brendan Rodgers noted the teenager actually applauded the fans from the stretcher as he left the field which may have suggested he wasn’t in too much pain.

The Hoops will make an announcement as soon as the injury has been thoroughly assessed by the medics.