The holding midfielder is also on the wanted list of Turkish giants Fenerebahce, Serie A Bologna and Belgian outfit Club Brugge.

The Brazilian, who turns 23 in a week’s time, is 60-per-cent owned by the City Football Group, the company from which the Hoops hired Ange Postecoglou a year ago today as Neil Lennon’s long-term successor and also the organisation from which they appointed Mark Lawwell as Head of Recruitment.

Souza impressed last season on loan at KV Mechelen after being placed with Lommel, the City Group’s Belgian club. 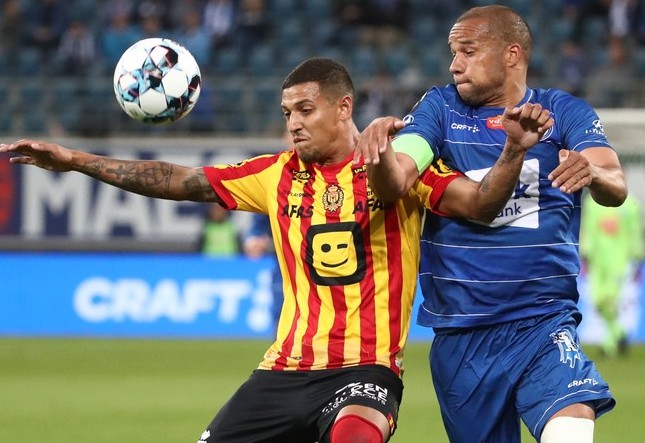 The player is expected to head out on loan again in the forthcoming campaign and the champions are scheduled to have discussions with the South American’s representatives, according to a report in the Daily Mail.

Postecoglou is hoping to convince the former Flamengo star his immediate future lies at Parkhead for what promises to be an exciting season on the home and European front.

Metz’s Kevin N’Doram has also been linked with a switch to Scotland as the Greek-Australian gaffer seeks replacements in the team’s engine room after the departures of Tom Rogic and Nir Bitton at the end of the term.

Flop keeper Vasilis Barkas has agreed a year-long loan at Dutch side Utrecht and former Dundee United keeper Benjamin Siegrist is being eyed as a back-up netminder to Joe Hart. 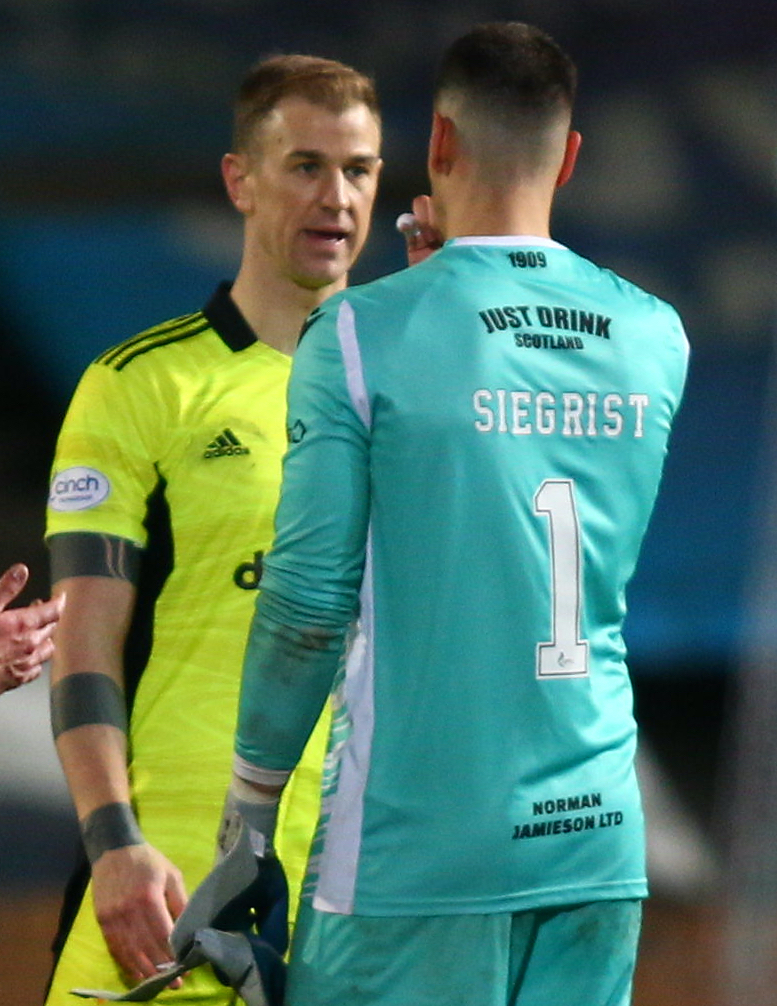 HEART TO HEART…Celtic keeper Joe Hart has a word of cosolation with possible glove rival Benjamin Siegrist after the Hoops’ 3-0 Scottish Cup win over Dundee United at Tannadice in March.

Postecoglou is certain to strengthen the left-back position and Argentine Francisco Ortega and Mohanad Jeahze, of Swedish outfit Hammarby, on his radar.

Others will must assuredly follow as the manager gears up for a mighty assault on the Champions League as well as the silverware on the domestic scene.

Last summer, TWELVE players arrived in a hectic period of transition. The figures won’t reach that level this time around, but new faces are expected to put in place as swiftly as possible as the Postecoglou jigsaw continues to come together.