CELTIC have been linked with French striker Serhou Guirassy who is poised to leave Amiens in the summer.

The 23-year-old hitman is a former Under-20 international team-mate of Moussa Dembele and plays in a similar fashion to the ex-Hoops forward who is now back in his homeland with Lyon after his £19.8million switch in August 2018.

According to a report in the Daily Mail, the Hoops were among a host of clubs, Spurs, Leicester City and Aston Villa included, who spied on Guirassy when he scored two goals in a remarkable 4-4 draw with Paris Saint-Germain at the Stade de la Licone at the weekend.

Amiens, who are battling for safety in Ligue I, were 3-0 up at one stage in the first-half with the in-demand attacker opening the scoring. However, the Paris giants fought back to lead 4-3 and it looked as though the points were heading back to the French capital. 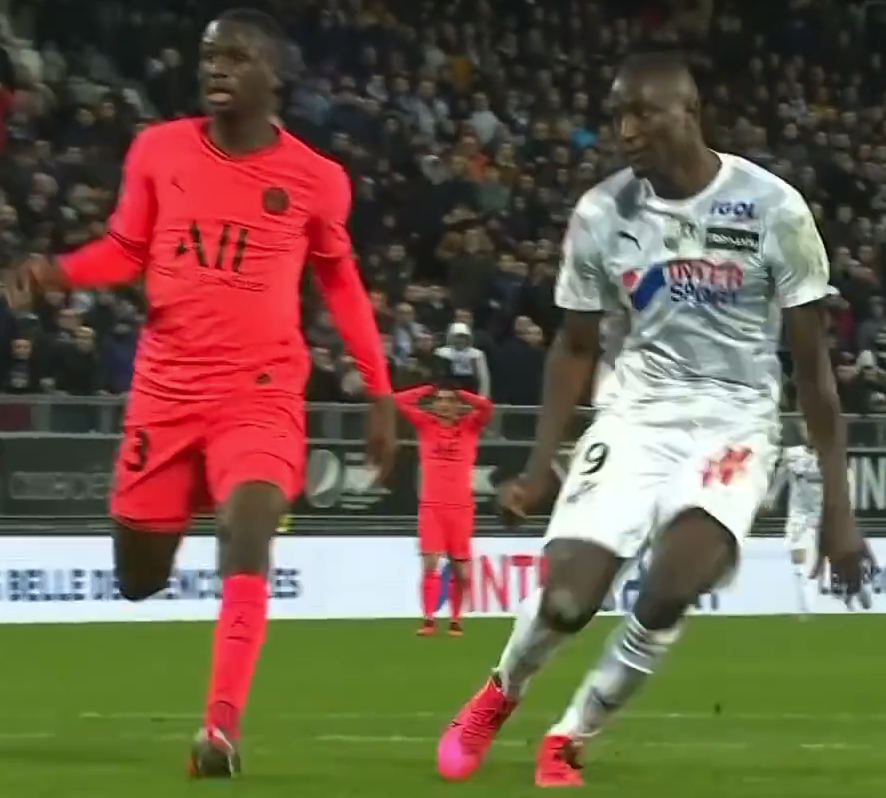 STOPPAGE-TIME HERO…Serhou Guirassy slots in the equaliser against PSG.

Guirassy, thought, streaked through in stoppage-time to fire the equaliser beyond keeper Keylor Navas.

It took the powerfully-built frontman’s tally to eight goals for the season and followed on from a strike against Monaco the previous week.

The 6ft-plus attack-leader cost £5million from Cologne when he joined Amiens and still has two years to run in his contract.

Guirassy has seen his value soar this season and the club will reluctantly let him move on at the end of the campaign.

Funds from his sale would provide a vital financial lifeline should they be relegated. They are second bottom and five points off Dijon who are in the relegation play-off position.