CELTIC have been linked with a pre-contract swoop for Scotland international centre-back John Souttar.

The 25-year-old defender is due to come out of contract at Hearts in June and will be allowed to talk to interested clubs next month ahead of the January transfer market.

Souttar made a dramatic comeback to Steve Clarke’s Scots side last week following an injury-enforced absence of three years. The powerful back-four operator headed in the opening goal in the first-half of the superb 2-0 World Cup qualifying win over the previously unbeaten Denmark at Hampden.

The Hoops were on the receiving end of the player’s penalty-box threat during the opening Premiership match of the campaign at Tynecastle in July when he rose the thump a header beyond Scott Bain for the stoppage-time winner in a 2-1 loss in Ange Postecoglou’s first league match as Hoops boss.

New contract negotiations between Souttar and the Edinburgh club’s sporting director Joe Savage have been protracted without any sign of a breakthrough.

That has alerted clubs on both sides of the border and, according to a report in the Scottish Sun, NINE English Championship teams are in the hunt.

Celtic are known to be monitoring the situation as they continue to look at their central defensive options. 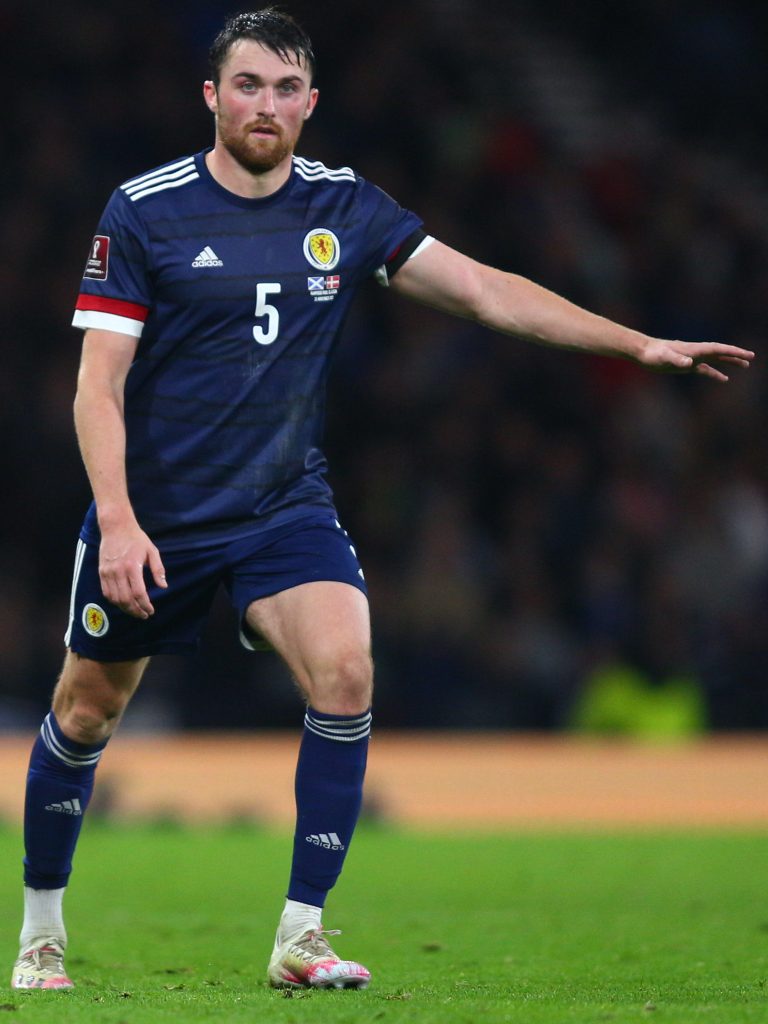 I’M IN CHARGE…John Souttar in control in the middle of the Scotland defence.

Cameron Carter-Vickers arrived from Spurs on a season-long loan deal in the summer while Carl Starfelt was signed in a £4.2million contract from Russian cracks Rubin Kazan.

Long-term crock Christopher Jullien has yet to kick a ball this year after surgery on a knee injury, Stephen Welsh is pushing for more game time while the versatile Nir Bitton has been utilised in the position in recent years.

Last season, the Hoops failed to find a settled formation with the likes of Kristoffer Ajer, Shane Duffy, on loan from Brighton, and right-back Hatem Abd Elhamed all pressed into action in the heart of the rearguard.

All three are no longer at Parkhead and Postecoglou has identified it as an area where his squad could do with restrengthening in the upcoming transfer window.

Souttar has fought back from three Achilles tendon ruptures and proved conclusively in the victory over the Danes at Hampden he has made a full recovery.