CELTIC are in talks with French giants Paris Saint-Germain to arrange a glamour pre-season game, according to respective sports journal L’Equipe.

The daily newspaper claims the Hoops have been contacted by their former Champions League rivals to see if they would be interested in taking part as both clubs prepare for the new campaign.

The French aces reportedly hope to arrange the encounter some time next month. Thomas Tuchel’s side, with £2million Neymar still leading the band, are eager to put together a pre-season package and are also hoping to arrange matches against Le Harve and the Belgians of Anderlecht.

Neil Lennon has already expressed doubts over his side’s pre-season preparations, admitting the coronavirus pandemic has made things uncertain, as CQN reported earlier this month. 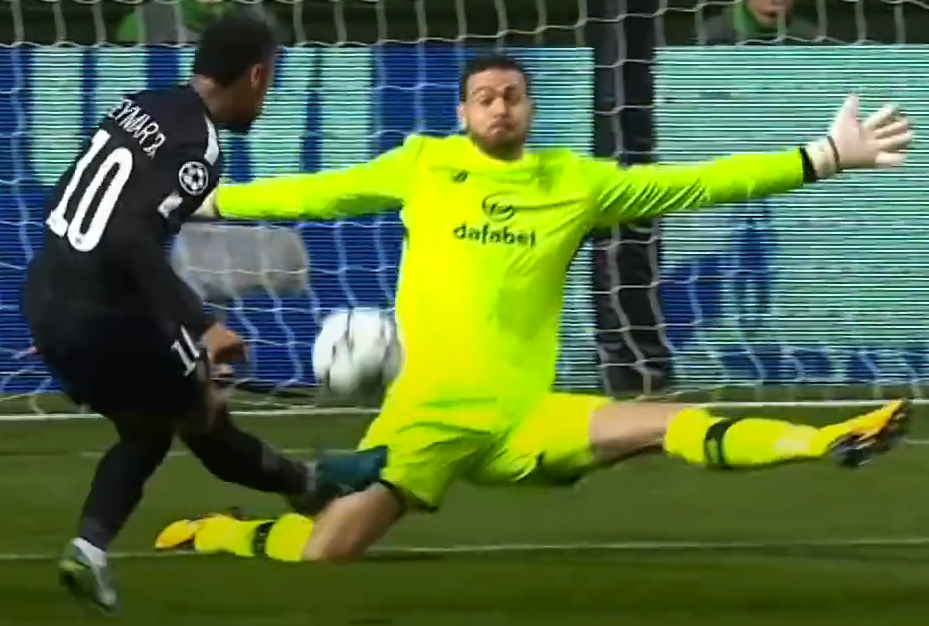 PARKHEAD PANIC…Neymar slots one past the helpless Craig Gordon as PSG pile on the agony in 2017.

The Hoops gaffer said: “That’s a bit of a headache in trying to get some game time, trying to confirm these clubs and games.

“At the minute, we can’t play anybody in England and a lot of other countries, Italy, Spain, are up and going. We may look at some Dutch teams or French teams and get some quality friendlies, but at the minute that’s a difficult question to answer.

“We may have an opportunity to play in a mini-tournament, that’s  another avenue we are pursuing, as well.”

The last time the Hoops played PSG in Paris they were hammered 7-1 in a Champions League group game in November 2017. Previously, they had crashed 5-0 in Glasgow.