Celtic Quick News on News Now
You are at:Home»Latest News»CELTIC IN TRUCE WITH SKY
By CQN Magazine on 16th February 2020 Latest News

CELTIC have declared a truce – for the time being – in their ongoing situation with Sky Sports as they prepare for today’s Premiership meeting with Aberdeen at Pittodrie.

The High Noon encounter will be shown live by the satellite channel and the champions have decided to re-engage with the broadcaster, according to a report in the Sunday Mail.

However, the Parkhead club are still pursuing concerns over the controversial Alfredo Morelos interview which sparked their initial decision to cease co-operation with the sports programmers.

Sky wrongly translated the Ibrox player’s comments and reported that the Colombian had accused home fans of racially abusing him as he came off the pitch following his red card at Parkhead in December. The station had to make a public apology to Celtic, the player and their opponents.

The Hoops banned the satellite giants during the week in the preamble to today’s match against Derek McInnes’ side, but have taken a decision to ease their stance ahead of kick-off.

The situation has not been fully resolved and that there are reports the club’s hierarchy are still concerned over the handling of the Morelos interview.

However, it is believed Hoops chiefs will wait for the findings of an Ofcom investigation before further assessing their position. 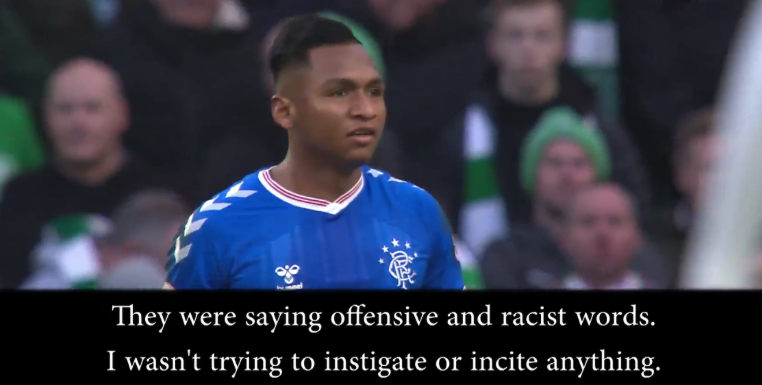 Chief executive Peter Lawwell reacted swiftly to the situation and the club released a strongly-worded statement on the incident.

As CQN reported, they concluded: “Celtic FC has asked Sky Sports to clarify their position on this matter.

“Celtic, a club open to all since its inception, abhors racism. Our consistent stance is that wherever racism exists it should be tackled head on. Celtic will always investigate any report of racist behaviour and take appropriate action. This is a standard which all clubs should meet.

“Celtic needs no encouragement to pursue racism, particularly as players and management at the club have suffered abuse persistently over the years. The seriousness of such cases has been confirmed with the prosecution and criminal convictions of some of the perpetrators.

“Celtic is proud of the wonderful reputation earned by its supporters over many years in many countries and at home. The club owes it to them to act in a responsible, dignified and professional manner and to treat racism with the seriousness it deserves.”

* DON’T moss the unbeatable match report from Aberdeen v Celtic this afternoon – only in your champion CQN.