CELTIC have been linked with a season-long loan move for Leicester City midfielder Tom Lawrence.

The Hoops are reported to be just one of nine clubs showing an interest in the 22-year-old former Manchester United youth player. 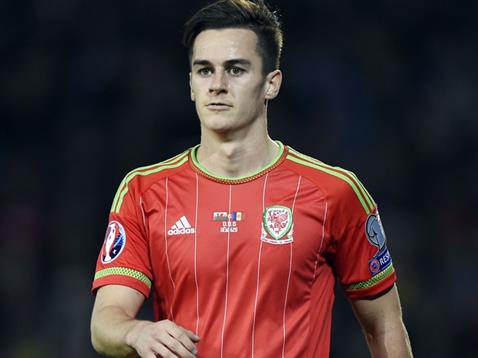 Hull City and Swansea along with Championship teams Aston Villa, Brighton, Derby County, Fulham, Nottingham Forest and Wolves are believed to be monitoring the Welshman’s situation at the English champions, who play Brendan Rodgers’ outfit at Parkhead tomorrow night.

Lawrence began his career at Old Trafford, but made only one first team appearance for the first team.

After loan spells at Carlisle United and Yeovil Town, the attacking midfielder joined Leicester City on a four-year contract.

Subsequent temporary deals at Rotherham, Blackburn and Cardiff followed after just three games for Leicester in the 2014-15 season.

Lawrence’s performances have caught the eye of Wales manager Chris Coleman, and he has been rewarded with three caps for his country, including two in the Euro 2016 qualifiers.

Coleman is an admirer of the youngster and says: “Tom Lawrence has got great attributes. He is a good mover, has got good control, can make things happen and links things very well.”

The player was named in Coleman’s provisional 29-man Euro squad, but was ruled out due to injury.