CELTIC keeper Conor Hazard saw red when he was ordered off in the Hoops B side’s 1-1 Glasgow Cup draw with Clyde at Broadwood last night.

The Northern Ireland international netminder was banished after being adjudged to have brought down substitute David Goodwillie with his team leading 1-0 through a strike from Ben Wylie seven minutes after the interval.

With just two minutes remaining, Hazard dived at the feet of the former Scotland international striker and the referee immediately pointed to the spot.

Hazard, 23, and his team-mates protested the incident had taken place outside the box, but the match official dismissed their protests and flashed a red card at the shotstopper. 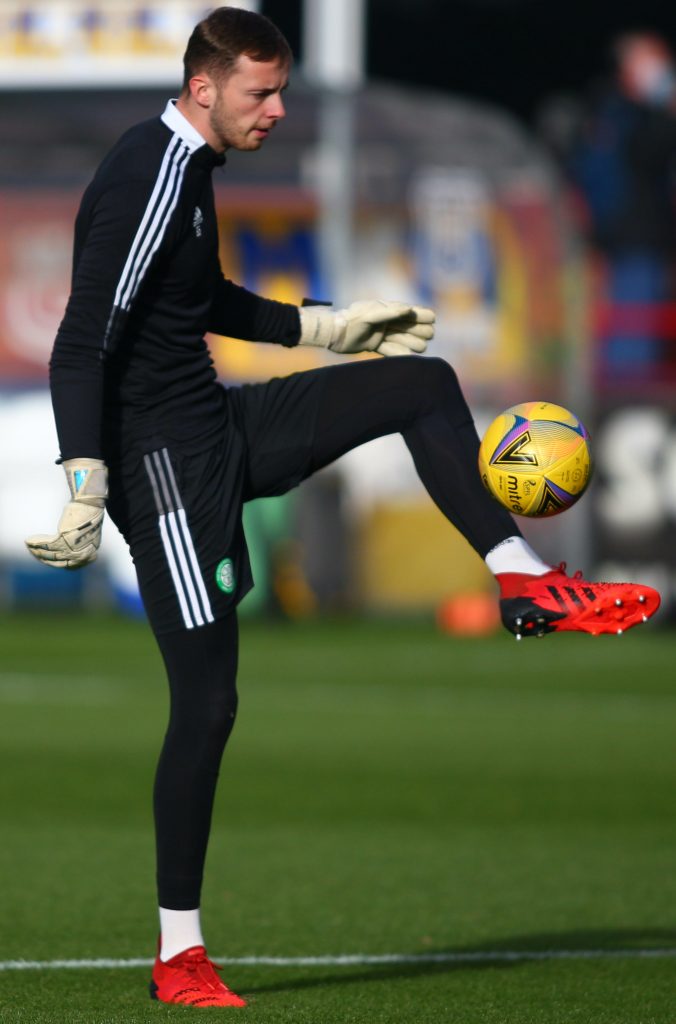 ON THE BALL…Conor Hazard goes through a training routine before Celtic’s recent 4-2 win over Dundee at Dens Park.

Ryan Mullen came on for Owen Moffat to take his place in goal, but, unfortunately, the youngster had no chance when Goodwillie, who had made an appearance as a substitute 13 minutes from time, fired home from the award.

Hazard is currently No.3 in the goalkeeping pecking order in Ange Postecoglou’s squad, behind Joe Hart and Scott Bain and ahead of £4.5million flop Vasilis Barkas who will almost certainly be heading out of the club in the January transfer window.

The Glasgow Cup sees the five FA member clubs from the city will play each other once in a round-robin format, with the top four teams in the league table proceeding to the semi-final stage, according to the Daily Record.

The Final will be held at the end of the season with a date still to be decided.