CELTIC legend Stan Petrov is planning a remarkable return to playing at the age of 36 – and has revealed he would welcome an approach from the Hoops.

The Bulgarian was diagnosed with acute leukaemia four years ago and was forced to retire. Thankfully, he was given the all-clear by medical experts a year ago and since then has targeted making a dramatic comeback.

Petrov has been in full-time training for six months and now feels ready to join a club in the summer to prepare for a new season.

He admitted his first obligation is to Aston Villa, the club he played for when he was diagnosed, but he is open to offers.

Petrov said: “I’m feeling good. I’ve been working very hard on my fitness and doing a lot of training.

“I’m looking forward to a return to football again. I believe I will be able to play again at a high level. I’m really excited. 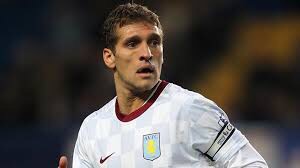 “If that means there is a chance to play for Celtic again, that would be unbelievable.

“I’ve started very slowly since I was told I could play football again. I spoke to a lot of doctors and fitness coaches and everybody looked at it and assessed it and I have received very positive news.

“I’ve been working close to the idea for a year-and-a-half and I’ve managed to come a long way. I started gradually with slow runs then I moved to five-a-side and then 11-a-side and half a pitch, then Sunday League.

“I’ve been given permission to train with Aston Villa Under-21s for the last four months. We’ve done a couple of tests in the last two weeks and my fitness is getting close to when I retired.

“I’m really excited and I understand the odds will be against me. People will be asking a lot of questions and having a lot of doubts, but I always believe if you work hard, you will get fitter.

“My football ability has always been there. I have trained really hard, I have been working on different technical stuff, to make sure the touch is there and the awareness and the fitness is coming along.”

The signing of Petrov was one of the rare praiseworthy aspects of the ill-fated Kenny Dalglish and John Barnes regime in the summer of 1999.

He was signed for a bargain £2.8million from CSKA Sofia and former Hoops boss Martin O’Neill spent £6million to lure the fans’ favourite to Aston Villa in April 2006.